Trending
You are at:Home»Features»10 Intelligent Books About Metal
By Catherine Fearns on March 2, 2017 Features

Heavy metal is low-brow, apolitical, mindless, unmusical – right? Wrong. Those of us who love metal know that it is a complex, beautiful art form, and a powerful modus vivendi for millions of people around the world. Despite the bombast and claims of ‘brutality’, studies show that heavy metal fans tend to be intelligent, sensitive, analytical people. [1]

Consequently there is some excellent writing about metal, and some of the foremost heavy metal scholars are women- Rosemary Lucy Hill, Michelle Philipov, and Amber Clifford-Napoleone to name but a few. This may be surprising to some, but for me it is explained by the profound need felt by female metal fans to understand why they love a musical genre that is seemingly so determined to exclude them. Now there is an established academic field of heavy metal studies – with international conferences, lectureships and peer-reviewed journals. [2] So with that in mind, it’s time for a round-up of the books that have most deeply affected my understanding of metal. 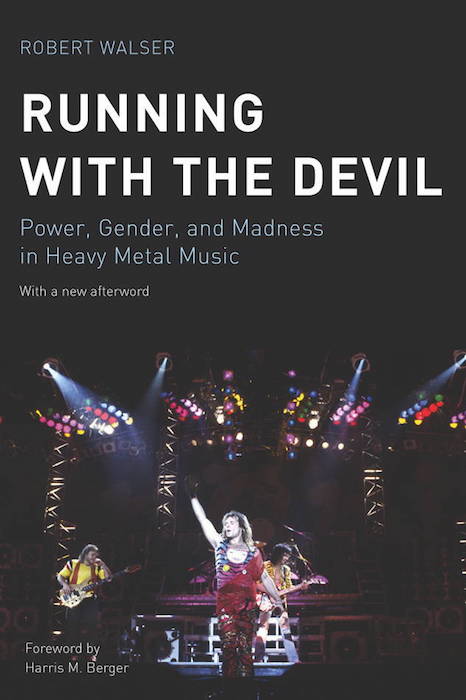 Running With The Devil: Power, Gender and Madness in Heavy Metal Music
Robert Walser (1993)
Robert Walser is the godfather of heavy metal writing; this was arguably the first book to analyse the musicology of metal- the acoustics of distortion and the power chord, the fundamental links with classical music, and the themes and structures of metal songwriting. Although it was written in 1993 it doesn’t feel dated at all, and paved the way for more technical musicological works such as those by Harris Berger and Glenn Pillsbury. 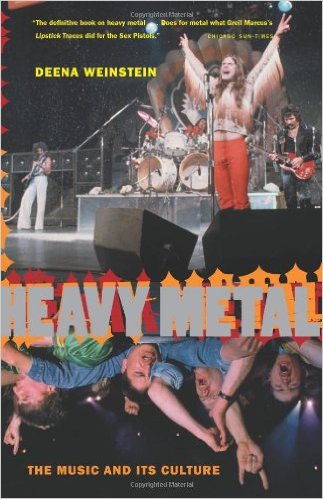 Heavy Metal: The Music and Its Culture (2009)
Deena Weinstein
If Walser is the godfather, Weinstein is the godmother of metal writing. A professor of cultural sociology, she wrote her first book about metal in 1991. Hers is a more anthropological approach, and although it has dated a little more than Walser, I found myself nodding in recognition on every page. She was the first person to put into words exactly what metal culture is. 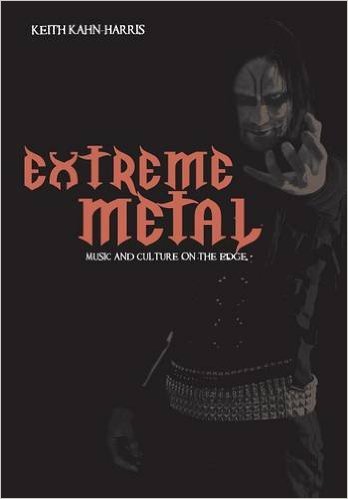 Extreme Metal: Music and Culture on The Edge
Keith Kahn-Harris (2007)
A problem with metal writing is its inherent bias, since the majority of scholars tend to be fans as well. However Keith Kahn-Harris, a sociologist who has also written for Terrorizer, is remarkably balanced and even critical of metal culture. This is beautifully written and full of new theories, including the concept of ‘reflexive anti-reflexivity’, that willful ignoring of the facts which allows people to embrace metal despite its problematic aspects. [3] 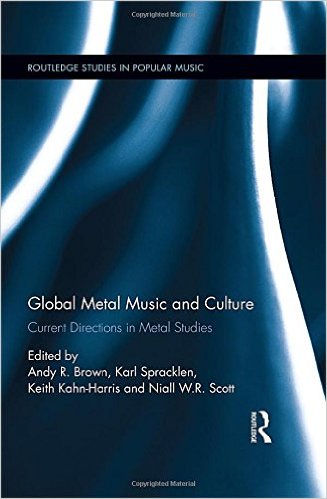 Global Metal Music and Culture: Current Directions in Metal Studies
Brown/Spracklen/Kahn-Harris/Scott (eds.) (2016)
This collection of interdisciplinary papers spans musicology, gender studies, sociology and economics, and represents the highest quality analysis of metal to date. For me, the stand-out chapter was ‘The Distortion Paradox’, written by sound engineer Mark Mynett, about the changing problems in metal recording and production. 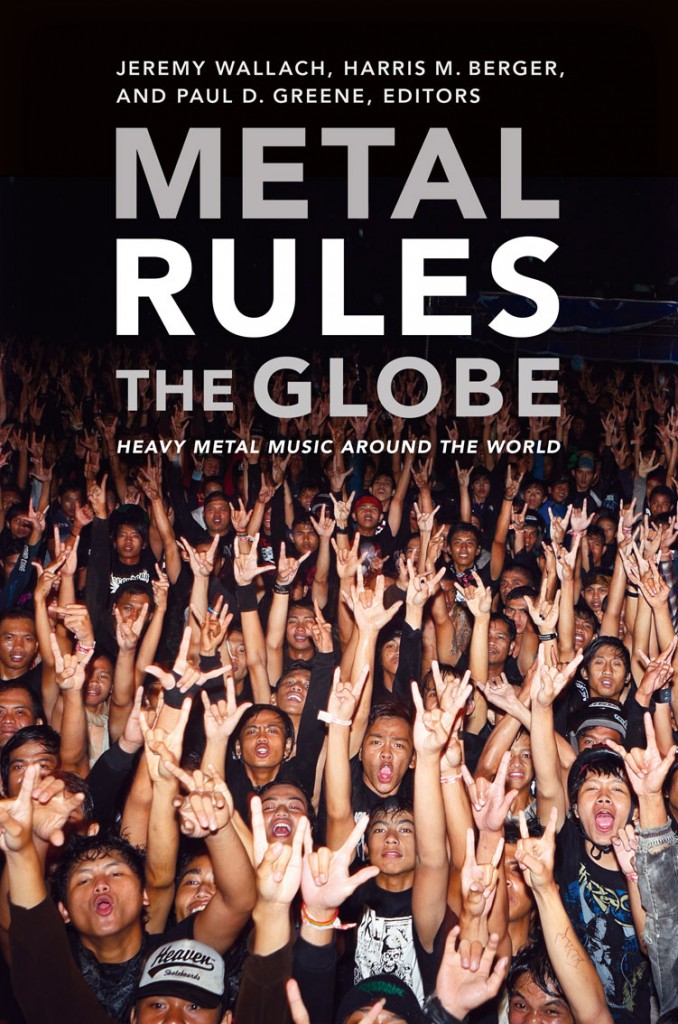 Metal Rules The Globe: Heavy Metal Music Around The World
Wallach/Berger/Greene (eds.) (2011)
Another collection of academic papers, this is a fascinating read, which debunks the myth that metal is apolitical. There are dispatches from metal scenes in Iraq, Slovenia, Nepal, and even Easter Island. There is also important research on ‘hatecore’ and racism within extreme metal. 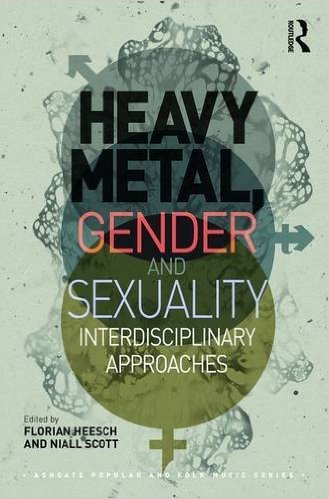 Heavy Metal, Gender and Sexuality: Interdisciplinary Approaches
Heesch/Scott (eds.) (2016)
There’s no real consensus in this book, but that’s what makes it so interesting; a highly varied collection of studies on different aspects of gender and sexuality in metal. The best chapter is Luc Bellemare’s study of the Tori Amos cover of Slayer’s ‘Raining Blood’- yes that sounds convoluted, but it draws out some newly-discovered aspects of thrash musicology. 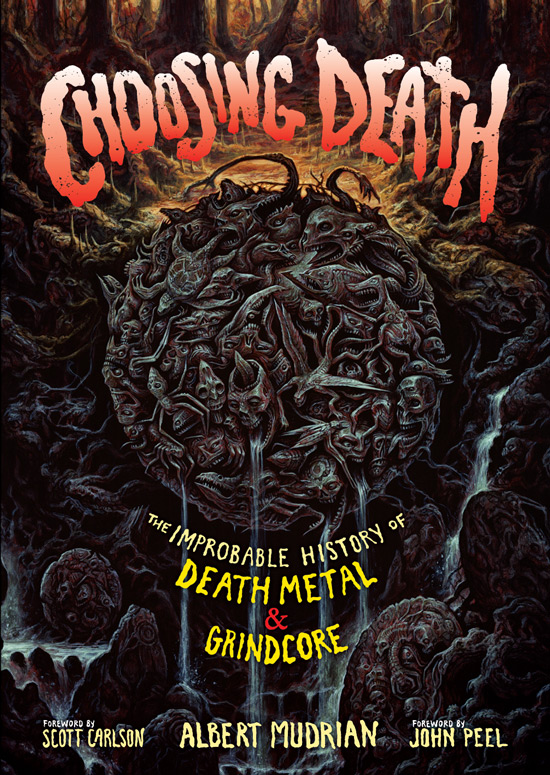 Choosing Death: The Improbable History of Death Metal and Grindcore
Albert Mudrian (2004)
Albert Mudrian, editor-in-chief of Decibel magazine, has written a lively and well-researched history of two genres that could easily never have been. There’s a theory that Napalm Death started off as a joke. As an unlikely grindcore fan, I loved this book. 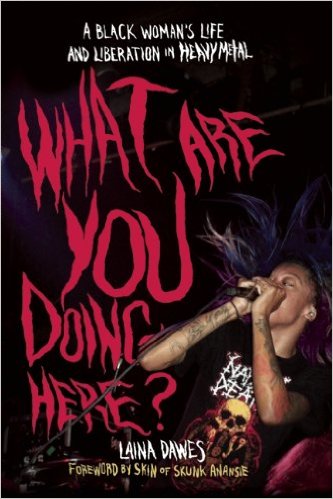 What Are You Doing Here? A Black Woman’s Life and Liberation in Heavy Metal
Laina Dawes (2013)
As a black heavy metal fan and a female metal fan, Laina Dawes has written a really important book which gets to the heart of metal’s issues with prejudice. Dawes weaves fundamental questions into her own personal story about some of the more negative aspects of metal culture, and what it means to be an outsider. Highly readable and ultimately uplifting. 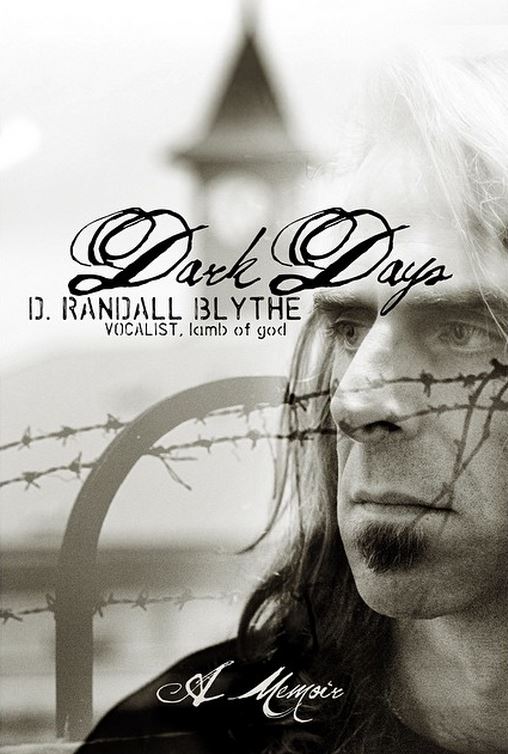 Dark Days: A Memoir
Randy Blythe (2016)
I’ve included two musicians’ autobiographies, the first being Lamb of God frontman Randy Blythe’s ‘Dark Days’. This is the story of the Kafka-esque nightmare that befell Blythe when he was accused of pushing a fan offstage in Prague, arrested for manslaughter and detained in a Czech prison. His immensely dignified conduct was documented in the film As The Palaces Burn, so I was expecting a sensitive account, and I was not disappointed. Blythe is a talented writer, and there is much consideration here of the very nature of metal culture.

Geek To Guitar Hero
Alex Skolnick (2013)
While I’ve included Skolnick’s autobiography for the quality of the writing, it’s also a brutally honest and fascinating account of the rise of an unlikely guitar hero. The legendary Testament guitarist is arguably the most intellectual metal musician out there; he has a degree in jazz guitar and has lectured on the anthropology of metal. The story ends in the mid-Noughties, so here’s hoping he will write the sequel…

2. For example the International Society for Metal Music Studies, and the Modern Heavy Metal Conference at Aalto University, Finland.

3. MetalMama’s own article on the topic here.