For those of you disillusioned with Opeth’s current career trajectory – with the removal of their death metal personality and converting to a more progressive rock outlook – please find your new favourite band Black Crown Initiate. The Pennsylvania band came to prominence with their 2013 debut EP Song Of The Crippled Bull and swiftly followed that up with the full-length The Wreckage Of Stars a year later. Employing brutal death metal with hooky clean vocals and a technical proficiency which has gained in popularity over the last five years or so, comparisons against bands such as Opeth and The Faceless are not too far off the mark, and their new album Selves We Cannot Forgive takes the band to a new level.

What is evidenced throughout this impressive album are plenty of technically intense riffs coupled with seismic blastbeats and James Dorton’s varied screaming styles. Songs like ‘For Red Cloud’ and ‘Again’ demonstrate the impressive combination of guitarist Andy Thomas’ atmospheric clean vocals against a technically monstrous rhythm section. The former track verges closely on the heaviest Devin Townsend record imaginable.

An early highlight of Selves We Cannot Forgive is ‘Sorrowpsalm’; the level of groove on show, especially from drummer Jesse Beahler, is reminiscent of a Lamb Of God swing in sections that will see audiences head bang in unison. The main guitar riff that houses a lot of this groove helps steer the song through its six and a half minute running time, and is joined by some tuneful vocals halfway through; reminiscent of early Opeth with an ethereal feeling to them. 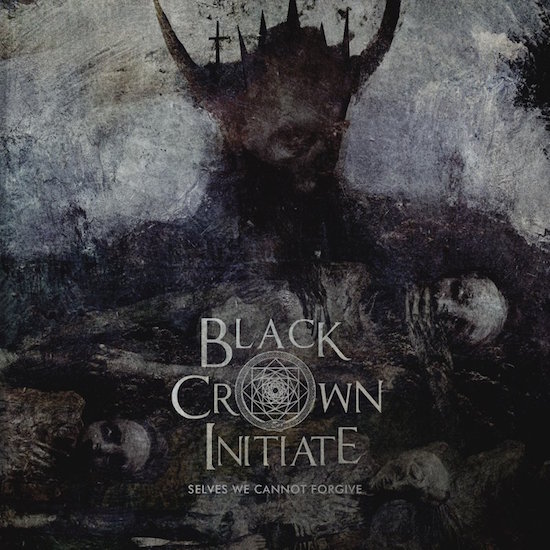 The songwriting is superb throughout, building on solid characteristics of their two previous releases; guitar solos, groove, technicality and melody are brilliantly intertwined to make virtually every track thoroughly memorable. ‘Belie The Machine’ is an example of powerful dynamics, moving from a gentle introduction to a ludicrously heavy drum-and-guitar attack full of blast beats and a haunting guitar tone. There is a brief respite for some anthemic clean vocals, but they never sound out of place in the dark context of the one of the heaviest songs on the record.

‘Transmit To Disconnect’ is one of those songs with an immediate impact fusing an outrageously addictive opening guitar riff which smacks of groove. The guitars are on fine form through the whole of the track with some delightful solos sandwiched between death metal brutality tinged with some inventive time signature changes.

Such is the level of depth through the 51-minute duration that multiple listens are wholeheartedly advised in order to tease out the intricacies that lie within. You’ll find more and more to love about Selves We Cannot Forgive with each and every listen, and it is not a farfetched conclusion that this is one of the strongest heavy releases of the year.

For further reading, check out our interview with Andy Thomas as part of Nick Dunn’s piece on acoustic guitars in extreme metal.