After a couple of years of Blood Youth trying to find their feet, not helped by a couple of members leaving the band for British pop punkers Neck Deep during the creation two decent EPs, the UK post-hardcore crew have finally managed to pool their creative thoughts together to form their debut studio album Beyond Repair. The album marks a continuation of the energetic and modern metalcore sound of those aforementioned EPS (2015’s Inside My Head and 2016’s Closure) combined with a retrospective outlook on classic early-noughties post-hardcore bands.

Opening track ‘Making Waves’ steamrollers with a real hardcore edge and a catchy bounce. The melodic chorus is small enough to break up the track without losing momentum, and creates a palatable diversification, whereas the subtle breakdown techniques that the band have capitalised on in the past appears and gives the track a further dimension. However, ‘What I’m Running From’ could well be the standout track on the record. A punky galloping guitar riff from Chris Pritchard creates a frenetic pace from the outset with a massive Funeral For A Friend-esque post-hardcore feel to the chorus. The trademark breakdown section halfway through helps to charge the batteries for the last chorus run-through, calling upon a swell of momentum that sees the band on unstoppable form.

The early vibrancy and enthusiasm shown on the album continues through ‘Savanna’, which contains an interesting change of pace halfway through coupled with a distinct stand-off between abrasive and clean vocals (also check out that huge stomping finale). Meanwhile, ‘Parasite’ turns the miserable factor up to 10 with a heavily down-tuned opening guitar riff that populates the whole of the song and a spiteful lyrical attack from vocalist Kaya Tarsus throughout. 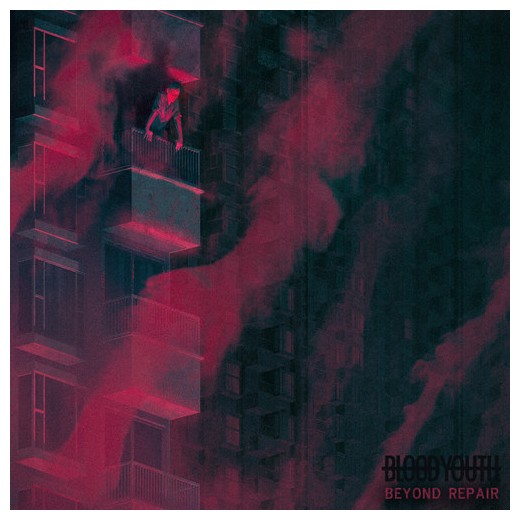 It’s at this point that the album starts to lose a touch of its appeal. With the majority of Beyond Repair consisting of quick, three minute blasts of abrasive yet catchy metal, one couldn’t help to wonder what could have been if the band were more open to expand on their obviously wide array of influences. Tracks like ‘Reason To Stay’ tread the same uplifting, melodic-chorus-followed-by-heavy-verse combination that is evident all over the album – not necessarily a bad thing when done well, but the lack of originality does start to grate.

‘Pulling Teeth’ does at least attempt to change the tempo, if not the structure, of Beyond Repair. Complete with an incredibly lurching tone and pace, there are only a few brief flashes of speed, and although the guitar riff may appear repetitive at first, it certainly keeps the listener entertained with a headbang-inducing rhythm. What doesn’t work in the song’s favour is the likeness to Feed the Rhino on the guitar slides contained within the song are unmistakeable.

The album does end on a bit of a confusing whimper with closing track ‘Man Made Disaster; starting off with a slower beatdown-fuelled section – which helps to ramp up the disparity of the atmosphere – the song then freefalls into a soft instrumental conclusion which stunts any momentum that it built up at the beginning.

Above all else, Blood Youth have found a decent way of balancing their mixture of melodic hardcore-infused metal on Beyond Repair, and you can’t help but admire the fact that this is their debut album. There are plenty of positives to gain from repeated listens, and with the knowledge that the band will undoubtedly hone their craft further on into their career, the future is looking exceptionally bright for them.

For further reading, check out our interview with the band here.