Trending
You are at:Home»Interviews»British Black Metal – A Documentary and Interview
By Jose Cruz on September 18, 2016 Interviews

When a heavy metal fan hears the words “black metal”, certain images no doubt pop up in their mind: corpse paint, a burning church, Burzum’s Varg Vikernes in court for murder, and maybe even Mayhem’s singer and lyricist Dead on the cover of Mayhem’s Dawn of the Black Hearts bootleg album. To the uninitiated, black metal is a bunch of Norwegian antisocial misfits that used shock value and goofy make-up to make a name for themselves. But nearly thirty years after the release of Mayhem’s Deathcrush, oft-considered the first black metal album ever released, black metal is now an almost entirely different creature. No longer restricted to the icy lands of Scandinavia, the genre has taken on new forms and spread across the world, first through tape trading and only accelerated with the rise of the internet. One place where it has taken a significant hold is in Britain, and Andy Horry of Tourmaline Films was inspired to make a documentary about its growing and diverse scene. We swapped words with him to get his thoughts on the subject. 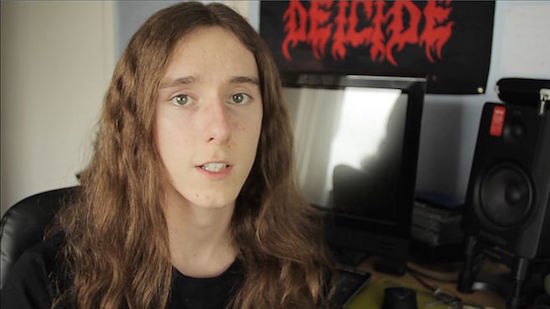 “A lot of these bands are very unique and diverse,” starts Andy Horry, who shot, edited, and directed British Black Metal: The Extreme Underground, “so it definitely had the potential to be covered and made into an interesting film.” Inspired by other black metal documentaries [1] and the discovery of bands in the UK, he dedicated himself to the project as a one-man film crew. Using interviews and peppered-in live performance footage, the film highlights prolific bands in the subgenre including Eastern Front, Winterfylleth, Hryre, and Old Corpse Road. There have been comments regarding the documentary’s England-centric focus, which he addresses: “Scotland definitely has some great bands too, like Saor, Cnoc an Tursa and Haar, and Wales has Ghast, but with the film being a one-man project I couldn’t fit in the time to travel and shoot anymore.” In addition to being a passion project, he used the documentary as a final year project at university.

Oftentimes documentaries are funded on a shoestring budget, and BBM was no exception: “I didn’t have money to hire a crew and pay for spaces to film in so there had to be tactical ways of getting past these obstacles. All the interviews were either filmed at venues, at a house or a practice room and without being able to hire a crew I had to film and interview the subjects at the same time. The audio suffered slightly from not having the money for better audio equipment or being able to hire a sound guy, however I think it is still clear enough to be deemed as watchable. I did invest in some equipment from the crowdfunding campaign I started which helped improve the quality.” Editing a film is a challenge, and Andy had to decide what to cut out of hours and hours of footage: “The editing is a massive part of how a film turns out, especially with a documentary…there’s bound to be footage that doesn’t end up in the final cut, which doesn’t mean it wasn’t interesting. You don’t want to bore your audience by being too repetitive so being critical is a necessity as an editor.” Clocking in at just under forty minutes, the documentary spends little time reviewing black metal history and keeps things moving and relevant to the British scene. 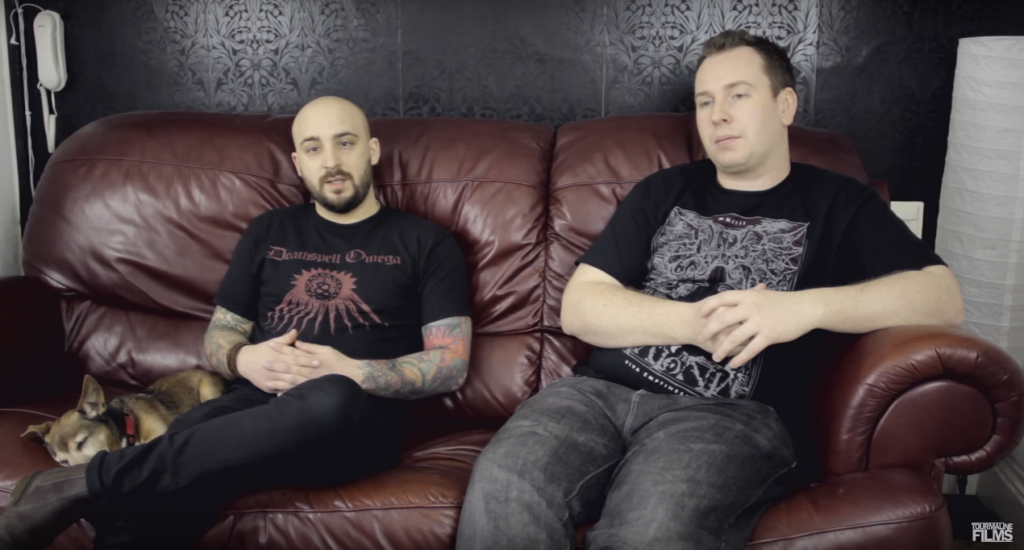 Winterfylleth in the documentary

The typical Norwegian black metal sound – shrieking vocals and highly distorted and trebled guitars recorded in a cave – has for better or worse shaped the way black metal as a whole is viewed. After the glory days of the Black Circle, [2] it hit a lapse in creativity: “the phase after the classic bands had been out for a while and other bands were copying what they heard too much and not adding any genuine value or unique style to the genre.” The Norwegian brand was very much a product of its heritage and sensibilities. The cold and unforgivingly mountainous terrain of Norway translated into a harsh sound and the culture’s formerly pagan spirit resurges lyrically into Satanic rebellion. But such a generalizing description would put the music into a box, as experimentation was utilized early on in black metal history; Andy cites Emperor’s incorporation of classical music as an example. Similarly, British black metal cannot be pigeonholed into a definitive sound: “we’ve been striving to create passionate and unique music and that’s actually quite similar to some of the classic bands like Emperor, Immortal, Burzum, and Bathory.”

Andy admits that “it’s hard to look at British black metal as something you can compare to traditional black metal because there’s so much variety. Which elements do you use to represent British black metal?” Much like the pioneers in the first wave of bands, British black metal is trying new things in a scene that has become repetitive. However, each group has met a different set of obstacles and advantages unique to their respective time periods. For the founding fathers, “making 4-track recordings and selling them on cassettes was a fairly inexpensive way of doing what they were passionate about.” One might think that the Internet would make things easier for the contemporary British bands, but they have the problem of over-saturation to deal with: “There are so many bands you can listen to online nowadays that you can get lost in it all.”

In regards to American-made black metal, and being from the United States myself, I had to ask: Since American culture and history is such a mixed bag of influences, can black metal be an artistic extension of the ‘American spirit’? “I think there’s a possibility that American black metal will have that sort of libertarian twist on it…[that]isn’t much different to the individualistic elements of black metal. Leviathan for example…doesn’t really have an American element in my opinion. He is more rooted in the sense of wanting to escape like Varg from Burzum, rather than taking influence from his surroundings…I think wherever you are geographically, there’s always the chance your surroundings won’t even be something that crosses your mind when composing music.” 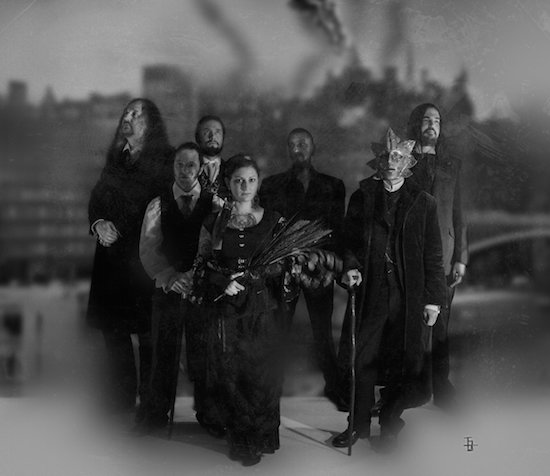 A Forest Of Stars

While discussing the ‘ethos of being true black metal’ in the film, Rick Millington of Hryre states, “it’s idiotic to think there are certain things that we need to say or present ourselves in a certain way and I think that’s counter to what black metal is all about.” Despite the reverence British black metal has for its predecessors, it strives to differentiate itself from the tropes of yesteryear. Some of the key elements of the black metal sound are still present, with a heavy emphasis on atmosphere. But lyrically, Satan is not as prominent as he once was. Eastern Front has used the horrors of World War 2 as inspiration, and bands like Winterfylleth and Old Corpse Road draw from local stories, the literature of Shakespeare and Wordsworth, and folktales. And aesthetically, corpsepaint has become passé: The Infernal Sea wear plague masks and A Forest of Stars sport Victorian clothing to create their own style. British black metal aims to set itself apart, as was the goal of the Norwegian black metal scene, and is the main reason metal fans have become drawn to it.

Andy sums up the appeal of British black metal succinctly: “All over the world people seek alternative music and don’t want to be told what to listen to. These sorts of people also tend to find satisfaction in discovering hidden gems and that’s just universal.” Andy is one of these ‘sorts of people’, and has used his slick and engaging documentary to show these hidden gems to the metal community, and I for one thank him for it.

Footnotes:
1. Other black metal documentaries: Until the Light Takes Us, True Norwegian Black Metal, One Man Metal.
2. The Wikipedia section on the Black Circle.