Trending
You are at:Home»Interviews»Caspian: “We write a record to be experienced as one breath.”
By Joshua Hall on September 10, 2016 Interviews

To many, the post-rock genre is tired; full of crescendo-obsessed bands and tremolo-picking obsessives. But for Caspian – a band who formed around twelve years now – the simple mark of ‘post-rock’ on the five-piece doesn’t do them justice.

Meeting up with the Massachusetts act at Bristol’s ArcTanGent festival, protected from the onslaught of rain in a quintessentially British farmhouse, I was quite excited. With 2015’s Dust and Disquiet a favourite among those at Broken Amp [review here], I had a lot to talk about with them. Huddled around a couple of small benches, the entirety of the band joined, and a slightly daunting prospect instantaneously became relaxed through their warm personalities.

“When we write a record, we write it to be experienced as one breath,” said Philip Jamison, one of three of the band’s guitarists. “We want people to listen from beginning to end. We’re trying to tell a story one time through, without distractions, in nature by themselves.” 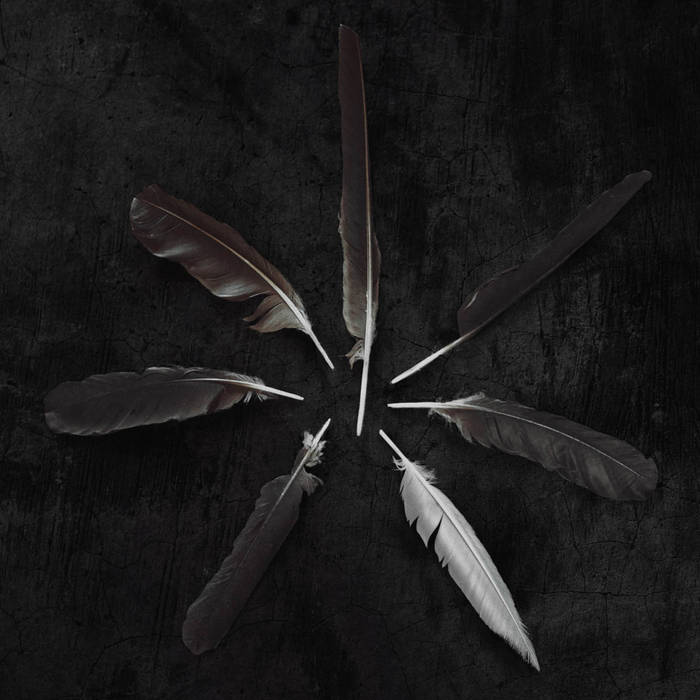 Before release of Dust and Disquiet, the band had listening parties; parties which they recall as “an opportunity to galvanize the community that is surrounding our band and our music.” Perhaps due to this experiment, it meant that the album’s gracious appraisal across the board – from Clash Music to PopMatters – allowed them to move above and beyond the genericism of many post-rock acts. “[The listening parties] were one of the best experiences I’ve ever had as a musician in my entire life,” claimed Philip.

Conversation then turned to their musical context: with the deep and haunting textures of Dust and Disquiet – from the forward presentation of their dark minimalistic artwork, to the slowly mounting textures and eerie harmonies – it’s clear that their approach to songwriting is one that gravitates towards both desolation and comfort. “We’re an apolitical band,” asserted guitarist Erin Burke-Moran emphatically. “Our music is an emotional outburst. That’s all it is for us. There’s a lot of songwriting nuance and calculated approach to what we do – I don’t want to call it scientific – but it’s somewhere between that emotionalism and the art of trying to write music.”

But even with these emotional outbursts, and their status as being a post-rock band, the quintet still find issue with embodying this genre. “It’s extremely difficult [being a post-rock band],” Erin said with a tinge of frustration. “You put yourself in a vulnerable position, because everyone associates you with a certain kind of music, and you’re supposed to play to that crowd. We haven’t done that, and a lot of other bands probably haven’t done that. It makes it exciting, but it’s not without its challenges.”

Incorporating different styles and pushing the envelope for how Caspian perceive themselves is something the band have consistently aimed for. Centre-staged Jonny Ashburn uses a personal example – “I really enjoy country and folk music a lot.” – which drummer Joe Vickers builds on: “Pretty early on, we were like ‘this record needs something we haven’t done before’. The initial idea was to have a kind of singer/songwriter song. The track ‘Run Dry’ then materialised and worked really well. It holds a very specific place on the record, too.”

Dust and Disquiet also saw a change with adding more vocally-centric tracks, such as the folk song ‘Run Dry’ mentioned above; “Up till the last record we were able to explain what we were going for without vocals. We felt a certain way, we wrote a song that reflected how we felt, and we successfully articulated that emotion. Vocals were treated more like a texture.” Erin concluded, “There were certain songs on that record that music alone wasn’t sufficient. You needed the human voice to explain those emotions. That’s why we all love music with vocals; the human voice is there to do that, and we used it for that purpose.” 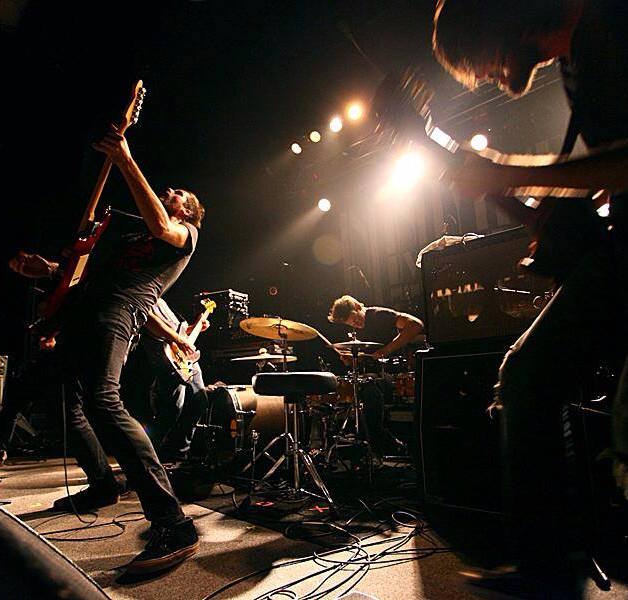 Caspian’s journey has been a long one – the band’s longevity spans over a decade, with Dust and Disquiet being the band’s greatest achievement according to many. Erin reflected on what the band have learned: “With touring, you play with so many different bands. Everyone’s super nice and some bands are better than others. So you learn a lot about what this kind of music [post-rock] communicates to an audience and how people react to it. We’ve played close to a thousand shows, so that’s been a really educational process, in terms of what we want to do and how we want our band to be unique. So it’s a little bit of that, it’s also a little bit of — there are different kinds of music we appreciate, and they’re a little more disparate, but we try to bring those into our music to keep it exciting, just for us. I know a lot of bands say it, but we really do try to write records that we’d listen to.”

“When it comes to post-rock, I don’t really listen to it anymore. But that’s the case with every band,” continued Erin, “it makes total sense. You have a little phase with a kind of music, and then you go to another and another, but then you start a band when you’re in one phase and you’re supposed to be attached to it forever… that doesn’t really make sense. So we try to advance and do stuff that we like.”

Even with the band’s creative drive and plentiful effort, life outside of the band poses a difficult struggle. Joe spilled the beans: “we all have side hustles. Even the biggest musicians have side hustles. It didn’t work out for me until maybe two or three years into touring, I finally found a job that the boss would just let me take off for touring. Otherwise I was just getting landscaping jobs in the summer. I would get whatever job I could between the tour, work it, quit it, go on tour, come back, get another job. Jonny, he works for himself.”

Jonny’s passion for his work shines through: “Yeah, I’m a carpenter when I’m not playing music, so I build furniture and houses. It’s a lot of attention to detail. I like working with my hands and making things, whether it’s music or dining room table for a family to sit down at. My wife tells me that I have zero attention to detail in other aspects of my life, but when it comes to music and carpentry…” he trailed off with a laugh. 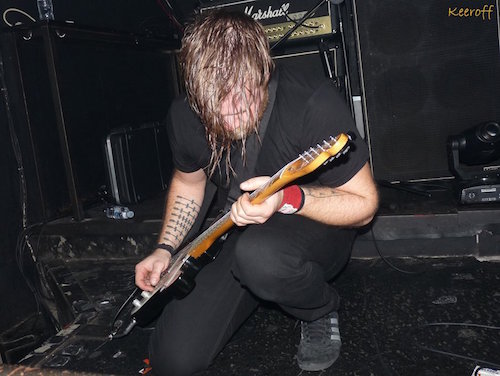 As our time together came to a slow end, we briefly spoke about what would be next for the act. “We’re going on tour with The Appleseed Cast!” said Joe passionately. “We’re really excited. Low Level Owl was one of our main inspirations for our last record. We were like “Well if they can do this, we should try! So to go on tour with them is really meaningful – especially to me. It’s weird – it’s really meaningful because they were the first band I really liked that weren’t humungous. They were my first foray into indie music, which was really cool, 13, 14 years ago.”

Erin rounded off with the overhanging question about new music: “We’ve got a new song in the pipeline for October, which we’ll probably play on that tour. As for a new album, that’s going to take us some time.” If Caspian continue to apply their attention to detail and superior song-writing craft, we’re more than happy to wait for a follow-up to the majestic Dust and Disquiet.

Thanks to the band for their time, and Will for the opportunity. Check out Caspian on Facebook. Header photo credit: Marc Lemoine