Manchester is one of my favourite places to visit. The city centre boasts a wonderful selection of landmarks, independent record stores, and the best vegan junk food I’ve ever had. Yet, as charming as the city centre can be, a journey of a few miles can take a tourist to an almost entirely different world. The nearby housing estates and satellite towns have their own tales to tell: of neglect and quiet desperation, a stark contrast to the sheen of the city centre. It’s from these forgotten habitats that Cold Fell draw their inspiration, with debut album Irwell an exploration of everyday hopelessness, manifested in casual violence and despair. Yet, as bleak as it is, Irwell is an inspirational, energizing piece of UK black metal, that is highly vicious whilst also possessing a depth and sense of character that is often absent in violent music.

Whilst many of the big hitters of modern UK black metal have drawn inspiration from Eastern Europe – with a clear line connecting the likes of Winterfylleth, Wode, and Wodensthrone to the music of Drudkh – Cold Fell have more in common with USBM. The influence of bands such as Weakling and Ash Borer is clear in the intensity and soul-sapping nature of many of the riffs, but there is a violence to the record that is almost tangible, and far more punishing than most other UKBM bands are. It’s unusual to hear a UK black metal band outside of Anaal Nathrakh who are this remorseless, with whirlwind riffs combining with pummelling drums and desperate vocals to great effect. A few subtle punk touches also help add extra character to Cold Fell’s sound, such as the “oi!” chants that pop up in ‘Bone Ceiling’, or the dirty bass riff at the start of closer ‘Dream Of Seppuku’ that would not sound out of place on an 80s Amebix or Motörhead record. 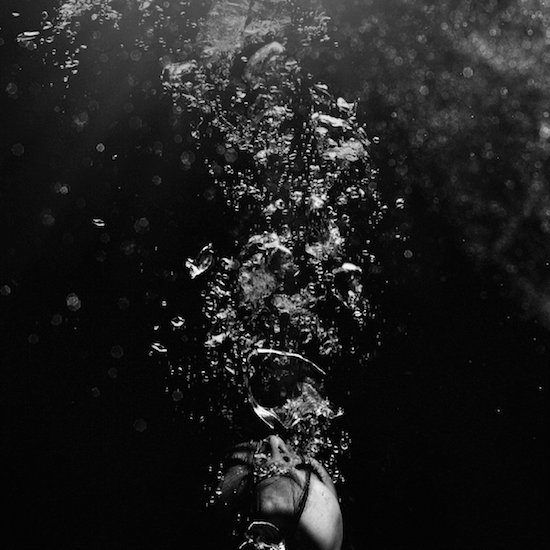 The sense of modern decay that Cold Fell conjure is also comparable to that of Anaal Nathrakh, as well as the last Caïna record, Christ Clad In White Phosphorous (which also featured Cold Fell vocalist Lawrence, who founded COF Records [1]). Irwell is an album rooted in the here and now, as bleak as it may be, where the tyrants who inflict such misery are not bloodthirsty warlords and kings, but the uncaring hand of free-market capitalism and dysfunctional government. This is not an album of ancient forests and mountains, but of dark back-alleys and grey tower blocks. It is in stark contrast to the ‘classic’ black metal aesthetic, as defined and popularised by the Norwegian second wave, of woodlands and nature; or of the historical elements that can be found in other UK black metal bands such as Winterfylleth. It also differs vastly from the atmosphere of Weakling’s Dead As Dreams; whereas that album was clearly reaching for something beyond the mundane, Irwell is very much an album about the hell that is the modern world.

Yet, as bleak as Irwell is, it is never a difficult listen. The oppressive and suffocating aesthetics are complemented by its song-writing, with the album featuring a variety of tempos, movements, and shades – even if they are largely different sorts of black and grey. The comparatively mid-tempo of much of ‘Spleen I. (In Vino Veritas)’ halfway through the album provides a moment of relative respite, before ‘Spleen II. (Bruised Like Fruit)’ raises the stakes in terms of violence, with background pick-scrapes even hinting at a Revenge influence. It’s with closer ‘Dream Of Seppuku’ that Cold Fell best encapsulate what they are capable of, though, with the song starting off in the most vicious of gutters before gradually ascending to the stars in cathartic fashion via the medium of ritual suicide. The emotional edge that comes in for the closing minutes of the album is genuinely hair-raising, and further underlines that Cold Fell are a band of incredible ambition and talent. In Irwell, they have produced something that pushes at what black metal can achieve, embracing the fundamentals as much as it rejects them, whilst adding a very human side and face to the music – even if it is one that is, presumably, being stamped on by a human face, forever.