Trending
You are at:Home»Interviews»Dave McCallum of War Iron: “Cut out the middleman, be truly independent.”
By Angel on June 16, 2015 Interviews

Ireland’s metal scene has rarely been healthier, though the doom scene has just a few prominent names that come to mind. One of that list is Belfast’s War Iron, a sludgy doom act whose sound is augmented by the use of two bass players, making new album Precession Of The Equinoxes nearly as heavy as the basalt foundations of their hometown’s Knockagh Monument.[1] One of the trends commonly associated with doom and sludge metal is a love of vinyl, and so on this note I sat down with Dave McCallum to discuss his history with vinyl and extensive collection, as well as his thoughts on Record Store Day.

Where did it all start for Dave then? Well not in metal, for one thing. “My first memories are having a series of plastic record players in the 70s, and having records by the pop artists of the day: Bay City Rollers, Queen, the Police, Adam and the Ants etc.” This all changed upon the introduction of Kiss, where a 7-year-old Dave was handed their eighth album Unmasked by an unsuspecting father. “This was the beginning of my metal days, ‘it is a phase’ or so they told me.”

What initially drew him to vinyl was that it was a complete package: “The sheer size, the LP with its big artwork, inner sleeves, labels, the thanks list, the extras that are there, in posters, cards…” You knew picking up vinyl that you were fully committed to the full listening experience, and could learn so much about a band just from reading the information provided in the liner notes. There was also the added cool factor when it came to storage: “Let’s face it, the things are a bitch to store, but 1000 LPs look so much more impressive than 1000 plastic cases of CDs.”

His collection is a testament to that, and while he’s got countless vinyl collected over the years, three classics stand out as his most prized possessions: Metallica – Master of Puppets (“simply one of my all time favourites since it came out in ‘86”), Led Zeppelin – Physical Graffiti (“one that I had to save for when I was a kid, and is just a sublime package,”) and of course Kiss – Alive II (“My battered copy I got for my 8th birthday, still has that wow factor when I play it or look at it some 33 years later.”)

Speaking of sublime vinyl, one of the bonuses of vinyl is the sheer attention to detail that some bands have in putting together a beautiful artwork and package. One recent example of this for Dave is Atlantean Kodex’s The White Goddess: “the textured sleeve, inserts, booklets and the attention to detail every step of the way.” It’s that extra mile that fosters a deeper connection with the fans, and makes them willing to shell a bit more. 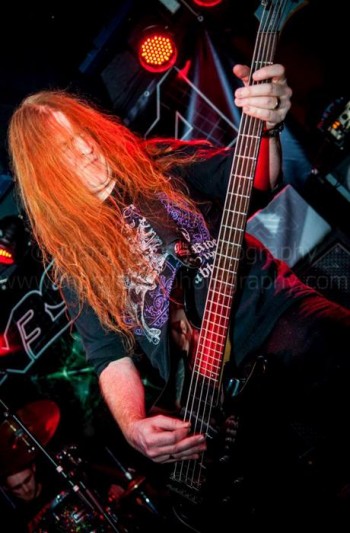 So what is it about doom and vinyl that makes the two go hand in hand? “Doom looks good, sounds good and simply feels good on vinyl. The heaviness and the roots nature of guitars-drums-bass and vocals, producing music that is about the song and not usually about prowess. Black Sabbath demonstrate this in the way the first 2 records were produced.” Untouchable classics in their own right that sound phenomenal with the right equipment, but how about a direct comparison with CD? “I just picked up [defunct Massachusetts stoner-doom] Warhorse – As Heavens Turn To Ash on vinyl after having it on CD for years, that opening riff after the intro on ‘Doom’s Bride’ [2] on vinyl sounds even more corrosive than the CD.”

While we discuss the many perks of vinyl, there are one or two downsides we touch on. Dave highlights one particular accessory he’d love to see attached to vinyl players: “A proper self-cleaning mechanism which cleans both sides while it plays.” And not something as wince-inducing as pouring glue and ripping it off! [3]

Our final topic is a big one: Record Store Day has drawn the ire and love from all kinds of individuals, from the big names in the industry down to the individual fans and fans-to-be. Considering RSD’s recent announcement of moving to a weekly venture, [4] I felt it pertinent to ask Dave’s take on this divisive day. His view is balanced, and he starts off on a positive note: “It highlights the plight of the independent record store and their still important role in getting music into people’s hands and unpicking today’s attitude to music being a throwaway commodity. It sees the release of records that have been long-out-of-print and more affordable for everyone, it dilutes some of the collector snobbery.”

However, there’s still a long way to go. He starts on the costs: “The records are too expensive – does production costs go up for these records? £12 for a 7″?!” There are also scalpers buying up records and selling them on eBay an hour later at 5 times the price, not to mention the logistics issues at vinyl plants which get backed up with orders. His suggestion is simple, yet effective: “Ideally I would love Record Store Day to become a day where the stores do something special and not necessarily have these overinflated shit records to be its basis. Get together with the bands directly to come up with the product on a worldwide scale, with a series of panels to ensure worthy releases – some of the crap that is released is shocking. Cut out the middleman, be truly independent.”

That last sentence may well be the call of arms to stir bands and fans into action. Record Store Day certainly is as good a place as any to start a vinyl collection, but it certainly will take more than one day a year to bring this collector’s hobby into the limelight. We look forward to following developments on Record Store Day, and its effects on the music industry.

To round off, here’s a picture kindly provided by Dave of part of his collection. 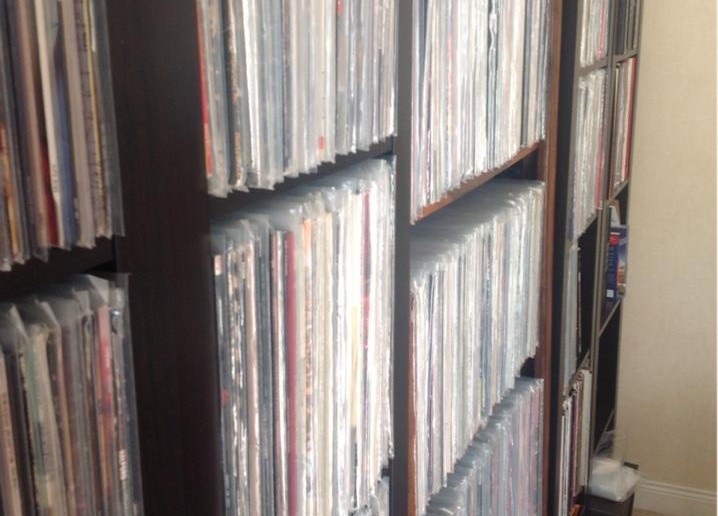 Thanks to Dave for his time, and Curtis for the opportunity.

You can check out War Iron’s latest album on Bandcamp here, and follow the band on Facebook here.