Trending
You are at:Home»Interviews»Defy The Ocean: “We’re deathly afraid of repeating ourselves.”
By Angel on October 10, 2016 Interviews

Quietly, in a corner of London, the duo of Defy The Ocean are cranking out dark and atmospheric metal, which draws from a bewildering range of influences that extend beyond the lazy Tool comparisons. Their second record Elderflower has been a long time in the making; Chris Theo had completed the lyrics for the title track and ‘Brine’ before the release of the 2012 EP Myopic. Elderflower has finally bloomed, and within it is a wealth to explore and discuss. Fortunately, both band members are extremely open about their way of thinking, and give a very personal insight into their creative process.

But first, their début EP Myopic. A concept record detailing an extinction level event, (“Once we started down that road writing ‘Neolithic’, everything seemed to fall into place,”), the EP’s proceeds were donated to the Sea Shepherds charity. For Chris, the struggle lay in imbuing the impersonal topics with personal emotion, or as he put it, “capturing that emotion whilst avoiding triteness or over sentimentality.” When asked whether they would repeat the charity element of the EP release, Marcos was all for it: “We don’t have any immediate plans to, but why not? If someone in need can benefit then that’s fantastic.”

“Empty words you lived your life by
Answered by the silent night.
Empty promises that held you
Warm at winter’s height.
Washed away by the tide.”
Defy The Ocean – ‘The Tide’

On Elderflower, the lyrical topics became introspective, and Chris is remarkably candid about the lyric-writing. “The last 5 years of my life, while I’ve worked on these and other songs, I’ve been working to change – from someone rather angry, negative and defeatist, into someone more optimistic. This despair, and the subsequent emergence of hope” – in reference to his partner, who helped him and gave him the strength to get help – “is tonally exactly where we wanted this EP to be placed.” It reflects in the music, pregnant with emotion – from the opening dirge of ‘Rest’ channelling Alice In Chains and Karnivool, to the cello-augmented post-metal monolith ‘Bones’ which closes the record.

The theme of change and resistance starts with the stunning artwork though – designed by Erin Smith, the image presents the idea of transformation. “What better representation for the themes of change and resistance are there than the literal triumph of life out of death? Hope out of despair? This was also an opportunity for us to take the skull – very commonly depicted in album artwork, particularly in heavier genres – and put our own spin on it.” Chris references The Moth Gatherer’s The Earth Is The Sky as another great example of this. [1] 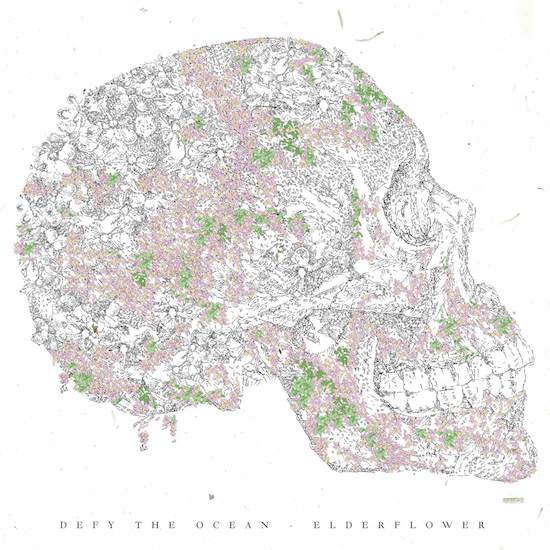 Aside from the cello by Nina Plapp, there’s another guest contribution of note – Vishwanath Sankaran, who plays the chitravina on ‘Vessel’ and whom Chris has known for a few years. “Vish, as I call him, is a friend. Honestly, when we first met and I found out he played this unique instrument, my mind immediately set to work on how to get him into my studio.” This was not without its difficulties: “I had very little idea what I was doing and couldn’t find much online about best practices. Ended up sounding pretty good though!” And it has opened the door for further collaborations, describing the experience of working with new and talented musicians as a joy and humbling at the same time.

With so much going on in their music, it felt right to unpack some of their more surprising influences. Marcos kicks us off: “I think everything you listen to ends up being an influence in some way or another, and for me that’s everything from Meshuggah to Rachmaninoff.” When prodded for specific albums that stuck with him, it’s a genre-hopping mix: Mer De Noms by A Perfect Circle, Around the Fur by Deftones, One Hour By The Concrete Lake by Pain of Salvation, and more recently, Asymmetry by Karnivool. “Outside of metal I’d have to mention Kid A by Radiohead, …Until We Felt Red by Kaki King, and For Emma, Forever Ago by Bon Iver.” And yet somehow, these all make sense in the record’s context. It has been mentioned in interview before that the duo do not 100% overlap on influences (though, a recent overlap in terms of appreciation is Converge – “anything they do is just fantastic.”), and Marcos mentions some of Chris’ listening background: “his bridge some pretty diverse stuff, from Britpop in the mid 90s to Swedish death by ‘99, with albums such as Colony by In Flames being an early influence. He was also in a black metal band for a while and is a huge fan of female singers: Björk, Austra, Lisa Hannigan, Portishead, The Unthanks.”

The band’s recent music video for ‘Elderflower’ brings up the topic of music videos in general. Chris has developed a cynical view of them: “They were always secondary to the music. The fact that we’re in living in such a visual age, where if it doesn’t dazzle the eyes it might as well not exist, is sad.” He laments a bygone age where people would absorb art as a whole entity – an album back to back, for instance. “I’m sure plenty of people still do, but culturally, mentally as a civilization, I think we’re moving away from that. We are such desensitized creatures, that getting anyone to listen to your music, or read your book, or absorb your art, is close to impossible without a visual aid – even books need video trailers these days!”

This mentality informed the creation of the ‘Elderflower’ video – “Our music is pretty serious stuff, heavy themes. One would hope both emotive and powerful too, but to try and present the same thing visually is really uninteresting for us. Video for us is an opportunity to be ourselves, to show that while we take the music seriously we are also just two guys that like a bit of a laugh.” They clearly did, as Chris pretends to be a dinosaur – or is really a dinosaur pretending to be a human – though there is an important underlying message of identity. “It means to show someone that is living a lie and the subsequent exposition of that lie. In that way, when viewed metaphorically, it is very much a true story. We lie to ourselves every day. Self-denial is a form of self-preservation, and in a world that can so easily overwhelm, it’s not hard to see how millions can fall under its spell. Plus I wanted an excuse to wear a dinosaur onesie on camera.”

Looking to the future, there have been rumblings of live performances, and they are “keen to revisit the idea,” though they are still in the process of building a solid live band to back them. Defy The Ocean will of course continue to write new music, though in a different format: “We’re going to work on a few singles rather than another E.P. or full length. We feel like Elderflower (the EP as a whole) is the apotheosis of this particular incarnation of our sound. But we also feel like we’ve got a lot more to offer.” Considering the change in sound between Myopic, the intermediary single ‘Gold & Green’, and Elderflower, it will be interesting to see in which direction(s) the band will head next. “Most of all we want to keep challenging ourselves and making good music and you can be sure you won’t hear the same thing from us again. We’re deathly afraid of repeating ourselves.”

Thanks to Chris and Marco of Defy The Ocean for their time, and Tom for the opportunity. Check out Defy The Ocean on their website here, Facebook here and Bandcamp here.

Footnotes:
1. Link to The Earth Is The Sky on Bandcamp.
2. Chitravina on Wikipedia