Trending
You are at:Home»Reviews»Metal»Destrage – A Means To No End
By Neil Criddle on December 13, 2016 Metal, Reviews
Band: Destrage
Album: A Means To No End
Record label: Metal Blade
Release date: 23rd October 2016
Website, Facebook, Twitter
Purchase/Download
Tracklisting:
1. A Means to No End
2. Don’t Stare at the Edge
3. Symphony of the Ego
4. Silent Consent
5. The Flight
6. Dreamers
7. Ending to a Means
8. Peacefully Lost
9. Not Everything Is Said
10. To Be Tolerated
11. Blah Blah
12. A Promise, a Debt
13. Abandon to Random

Italian progressive metallers Destrage are back on the scene after 2014’s critically acclaimed record Are You Kidding Me? No. catapulted them into many publication’s end of year lists. Coupled with an exemplary performance at Tech-Fest 2014, the band have gone from strength to strength and have now released fourth studio record A Means To No End.

Destrage are one of those few bands where you could say that they’re doing their own thing. Elements of their sound are comparable against bands such as Every Time I Die and The Dillinger Escape Plan, but as a combined audio assault there really aren’t that many bands doing what Destrage are doing. And certainly not as well as they are doing it. Fusing progressive and challenging song structures with mathcore, hardcore and metal, the band have so many layers to investigate and unpick it’s the type of music that requires multiple listens to fully understand and enjoy.

‘Don’t Stare At The Stage’ sets the scene immediately with the chorus’ groovy guitar riff transforming the track into periods of abstract time signature changes and a combination of death metal and vicious screams from frontman Paolo Colavolpe. An intricate instrumental section adds a more melodic touch with several pinch harmonics and a beatdown-infused metalcore heaviness guaranteed to make the listeners heads bang. 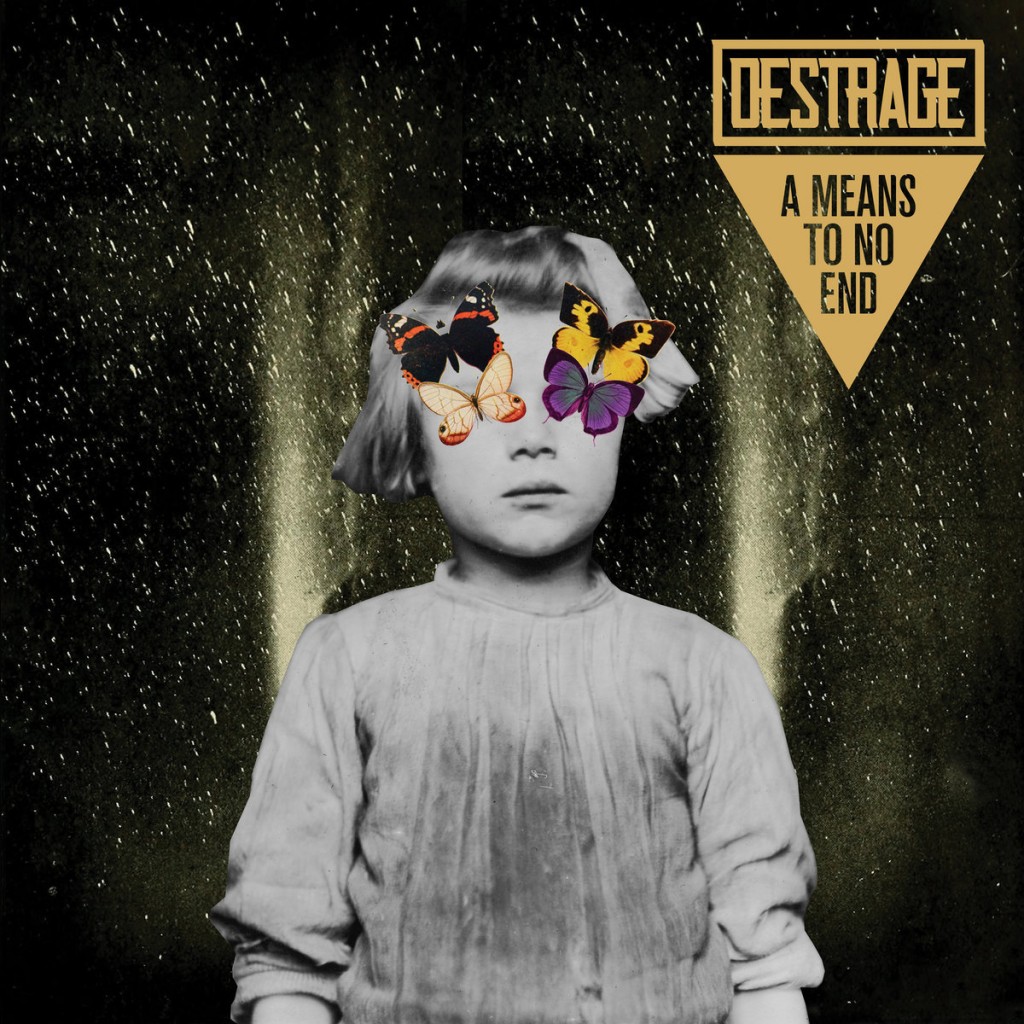 Destrage have never been afraid to ramp up the speed of their music, [1] and while ‘Symphony Of The Ego’ has heaps of decent melody flowing through it, there is an unmistakeably punkish attitude at its heart and centre with the angular interplay between guitarists Matteo Di Gioia and Ralph Salati adding a thrashy feel to it. Meanwhile, ‘The Flight’ is one of the standout highlights on the record. Opened by a driving guitar riff that showcases the band’s catchier side, the power and precision noted throughout this song is apparent. The chorus contains a weighty bounce separated by softly-vocalled verses with a brooding atmospheric intent before a decent guitar solo halfway through blends everything together seamlessly. The end of the track of the track takes the listener to another place with a flurry of progressively heavy guitars, anguished screams and a final run through of that mesmeric chorus.

They continue to mix it up during ‘Ending To A Means’ and ‘Peacefully Lost’, the latter of which housing a distinctive and anthemic chorus à la Devin Townsend Project. With an incredibly large vocal range and gentle melodic aura to the verses sporadically broken up with a few anguished screams, Colavolpe displays a mesmeric performance from start to finish.

There really aren’t many negatives that are worthwhile to say, other than the 13 tracks clock in at 55 minutes, so focus and concentration are required to get the most out of A Means To No End. Otherwise, the balance of soft and hard, slow and frantic, melodic and heavy are managed incredibly well on this record and the band’s songwriting capabilities have also matured greatly – there’s a lot here that instantaneously sticks in the mind. Overall, another exciting release from Destrage and further evidence that they are one of the most inventive bands in the scene right now.

Footnotes:
1. ‘My Green Neighbour’ from the aforementioned previous album is a good example of this.