Trending
You are at:Home»Reviews»Metal»Devildriver – Trust No One
By Stephen Fallows on June 11, 2016 Metal, Reviews
Band: Devildriver
Album: Trust No One
Record label: Napalm Records
Release date: May 13th, 2016
Website & Facebook
Purchase/Download
Tracklisting:
1. Testimony of Truth
2. Bad Deeds
3. My Night Sky
4. This Deception
5. Above It All
6. Daybreak
7. Trust No One
8. Feeling Ungodly
9. Retribution
10. For What It’s Worth

After a short break while vocalist Dez Fafara revisited his former band Coal Chamber for an album and tour, long-running groove metal band DevilDriver have returned with their seventh album Trust No One. This is their their first since losing original members John Broeklin and Jeff Kendrick (leaving Dez as the only surviving founding member), so will this new line up bring anything different to the tried-and-tested formula that served the band so well up to this point?

The album opens with ‘Testimony Of Truth’ and there is a certain freshness about it. It features cleaner guitars that you would expect from groove metal, something approaching a more traditional heavy metal sound, but still retains that heaviness that has featured on all of their records to date. ‘Bad Deeds’ returns to more familiar Devildriver fare, with its massive throwbacks to the classic Roadrunner sound of the 1990’s: huge chugging guitars and short, simplistic riffs that border on Fear Factory territory. There is a slight drop in pace during ‘My Night Sky’; still heavy but slower than the usual frenetic pace that DevilDriver employ. The second half of the album kicks off with something that you can envisage see starting mosh pits all over the place. The title track starts quite calmly but builds to some of the heaviest moments on the album, and this tempo follows ‘Feeling Ungodly’ as the album really picks up towards the end. ‘Retribution’ features a killer breakdown which will surely augment their live shows, should they play it. 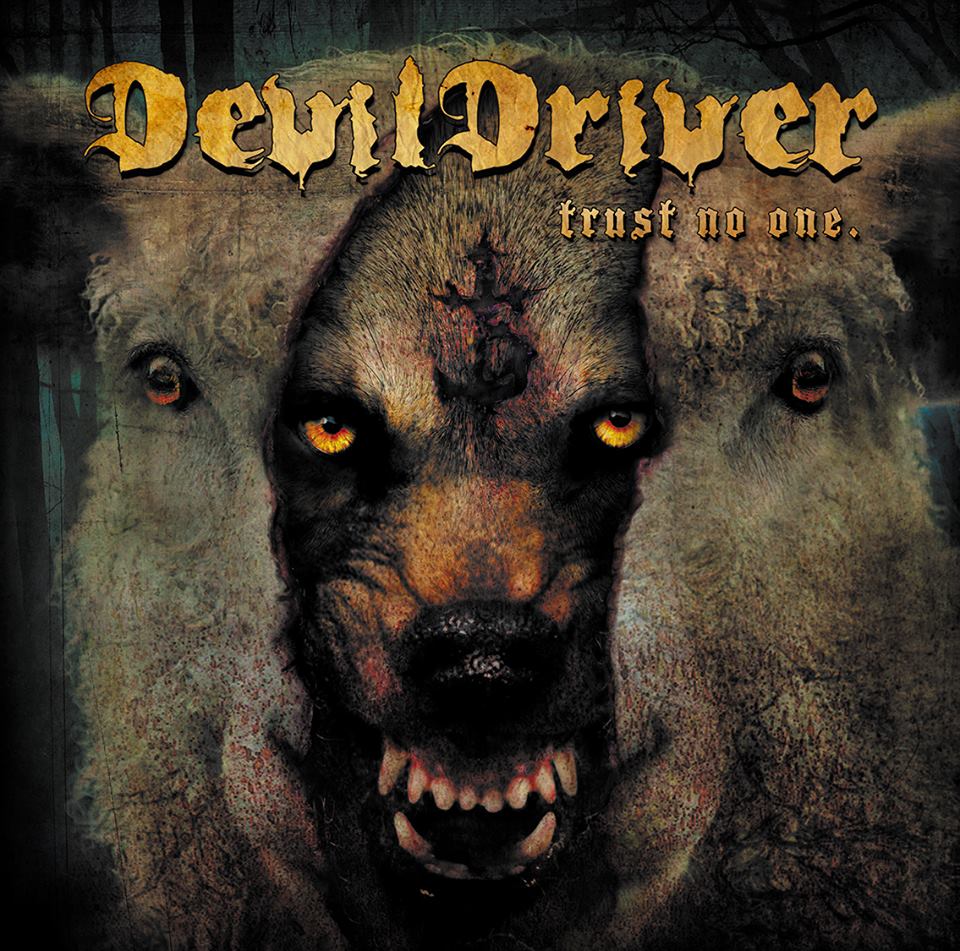 The one thing Devildriver have thus far failed to capture is that ferocity they have as a live act; Trust No One is a step closer, but not quite there. They are known for the incendiary live shows, but as the band develops from album to album, the feeling arises that they are almost obliged to keep on making pit-friendly tunes. There are some nice touches here – such as the extreme metal in the title track – that you won’t have heard on any other record they have produced, but they never seem to really try for anything vastly different.

The Coal Chamber reunion has apparently done DevilDriver good, as the band have come back refreshed with a new outlook and written a set of songs that holds up against any of their career so far. Their willingness to add different subtle changes to songs really breaks the album up well, and you get the sense that there aren’t really any fillers on here, just a set of songs that they have crafted to work really well together. Whilst never doing anything particularly ground-breaking, they have released a reliable catalogue of music, and Trust No One follows on in that tradition.