Employed To Serve’s 2015 LP Greyer Than You Remember was a relentless blast of frenetic grind-laden mathcore that demonstrated surprisingly astute technical ability for a band that had only released a handful of EPs after starting as a bedroom project in 2011, so there’s no reason to expect that their new album should be anything less than thrilling. The Warmth of a Dying Sun lives up to this hype, but what also makes it such an exciting record for their contemporaries in the scene is that the band don’t simply rehash what has worked for them before, instead allowing themselves to branch out into new realms.

Whilst for many bands such an opening statement is often accompanied by a softer or more melodic sound on the follow-up, The Warmth of a Dying Sun is every bit as chaotic as their debut, and not only this, but it opens up new avenues to even heavier approaches. Whether in the form of the staggering grooves of ‘Lethargy’ or the gritty sludge-laden frenzy of ‘Good For Nothing’, it’s consistently pulled off with no shortage of quality musicianship. 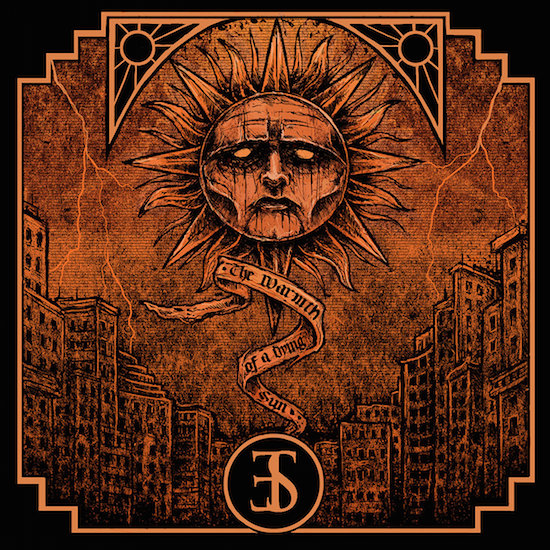 Most impressive is how well-structured this brutality is, and The Warmth of a Dying Sun never resorts to heaviness for the sake of heaviness. The aforementioned ‘Lethargy’, for instance, builds from a slow-burning approach that lives up to its name into a turbulent ride of rapid mayhem. Elsewhere, ‘Church Of Mirrors’ holds uniquely infectious grooves given its furious blast beats and manic riffs, and ‘Never Falls Far’ is equally enraged in its use of agitated guitars alongside vicious drumming.

As with their previous releases, frontwoman Justine Jones is the source of much of this bedlam, but this time around her abrasive vocals show a greater range that shifts from shrill yells to guttural death-metal growls seamlessly. At times, like over the vigorous guitar-work and erratic percussion of ‘Half Life’, her vocals are accompanied by male vocals, creating a dual assault of shouts that flawlessly accentuate the intensity.

As frenzied and relentless as their debut but with an all-important expansion in Employed To Serve’s sound, The Warmth of a Dying Sun marks a release that demonstrates both maturity and growth, unquestionably making it the band’s most vital record to date. Visceral and enduringly irate, it also displays a discipline and proficient level of songwriting that has resulted in a bout of controlled chaos of the highest calibre.