Trending
You are at:Home»Podcast»Episode 016 – Shut Up And Eat Yer Dinner
By Psyniac White on May 30, 2016 Podcast

Smash The Mic is cooking with gas. We fire through new records of Volbeat, Harbinger and Sludgehammer, while Mark gives a much-deserved shout-out to Slugdge as his Bandcamp recommendation of the week. In the news, we mourn the passing of Nick Menza (ex-Megadeth), raise both eyebrows at Jesse Hughes (Eagles Of Death Metal), shake our heads at David Draiman/Jacoby Shaddix and go cuckoo for the supergroup Hesitation Wounds. Finally, we discuss disappointing records from otherwise awesome bands.

Disturbed and Jacoby Shaddix butcher ‘Killing In The Name’ 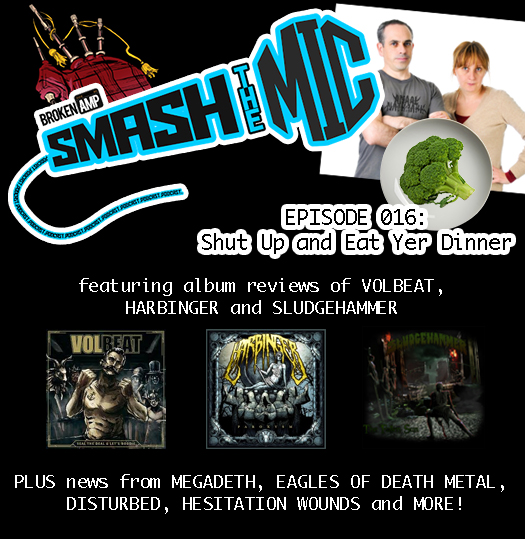