For the most part, South American metal is political; whether or not this stems from their history is up for interpretation. A lot of the continent’s history is bloody—think the wars of independence and Operation Condor — which has allowed heavy metal to flourish underground and be used as an outlet from the misery of the times. Considering how the continent is still healing from dictatorships, there should be no surprise about its appreciation of heavy metal and the slight flavor of politics and history in their own music. One of the many bands to come from South America, Eshtadur, have been at the top of their game for the past decade and have been making great, enjoyable melodeath that comes alive when the full context of their country’s history comes into play. Blending both excellent musicianship and the sound of war, Mother Gray is an album that turns pomp and circumstance into respectability for Colombia.

The first track, ‘Belong to Nowhere’, has all the ingredients that makes this album a heavy one: pounding drums, fast guitars, and guttural vocals. This is, of course, tied to the theme of the album’s name, Mother Gray, as there are strong undercurrents of themes of politics, chaos, and rebellion. The Spanish translation of the title, “madre gris” — or the more appropriate translation, “patria gris” — speaks both of the country’s history and their own sense of loss. In color psychology, the color gray is associated with negative emotions, such as boredom, depression, and sadness, and can be associated with fog and bad weather. [1] However, the color gray can also be considered an elegant and formal color, and evokes a sense of reliability and maturity. [2] The fact that these guys named their album Mother Gray shows that they respect their mother country. There is a deep level of appreciation and understanding of what Colombia has gone through and how its resilience has allowed it to rebuild itself, with the hope that their wounds will heal after years of strife. Gray is an elegant color, the perfect compromise between black and white—a seen characteristic when the Colombian government and its most well-known guerrilla army, the FARC, [3] finally came to a peace negotiation in late 2016. 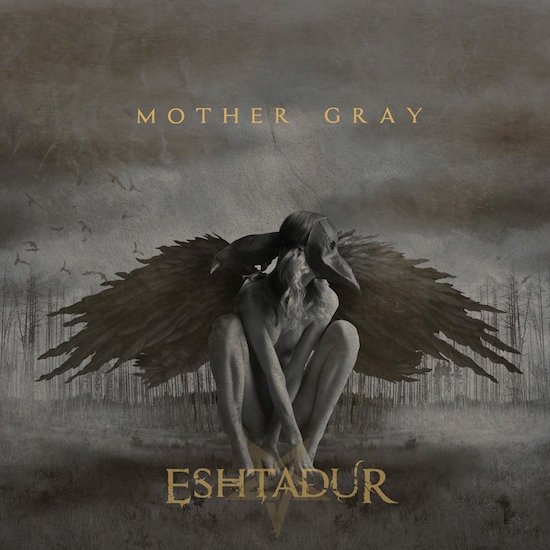 The way the band approach the music is formal—they respect their source sound, which references At The Gates amongst others — and pays homage to their national roots. On the slower, somber moments of the album, orchestration can be heard throughout the album, tinging the music with hope and respect. This comes to a peak on ‘March for the Fallen’, which pays respect to both the dead in the context of the album’s themes, and is a solemn reminder to remember those came before you. Because the orchestrations are used to signify respect and the outlook of the album, it becomes a fantastic way to balance the harsher aspects of the music to not completely lose the listener in one-dimensional metal. To further show how respectful they are, they also cover the Survivor song ‘Burning Heart’, which was inspired by the Cold War and deals with the ‘all or nothing’ battle between the U.S. and Russia. They actually stay faithful to the song’s musical themes, but they add in their own spin to it with harsh vocals. This is evident of the band’s respectful nature and how they decided to follow their established color scheme.

Because of its themes, Mother Gray is one of the few melodeath albums I have heard that brings up a political yet hopeful outlook into the music. Melodeath’s lyrical themes tend to deal with society, religion, strife, and inner struggle, which is exactly what Eshtadur has established with this album. However, they have married their love for their country with their own individualistic rebellion, and use that rebellion to fuel their respect for their forefathers. Add music to that respect, and the album become catchy, enjoyable, but solemn, which is what good melodeath should be—heavy and fast in some parts, slow and melodic in others, but enjoyable and memorable all the same. If anything, Mother Gray is a nod of respect to everything Colombia has gone through as a country, showing that there is still hope and relief awaiting them once their wounds heal.