Trending
You are at:Home»Interviews»Greg Kubacki (Car Bomb): “If you’re not taking chances, you’re not doing it right.”
By Angel on March 11, 2017 Interviews

For all the bands who are ascribed the term ‘explosive’, very few genuinely live up to it. Car Bomb, however, genuinely embody the auditory interpretation of their incendiary name – a combination of dissonant and experimental metal, incorporating bellowing hardcore and technical mathcore. The band have been on a tearing spree since they formed 17 years ago, gaining a reputation for off-the-wall shows as they upgraded in venue sizes. Now headed out on UK roads with Gojira – long-term friends and kinsmen in destructive live performances – Greg Kubacki took some time to shine a light on their relationship, the upcoming tour and Car Bomb’s caustic take on music.

As mentioned earlier, Gojira and Car Bomb go way back – ten years ago, to be precise. The story starts in Arizona with how they met frontman Joe Duplantier: “He was playing bass for Cavalera Conspiracy in Arizona (I believe the one and only time he did that) and Car Bomb somehow got on that gig. Joe saw us play and said something complimentary to us after the show. We didn’t really know who he was or who Gojira was, but it was nice of him to take notice. Coincidentally, we stayed at the same hotel. Jonny woke up pretty early the next morning to get some coffee and so did Joe. They got talking and the friendship began.” Since then the friendship has blossomed, and manifested in various guises, including multiple US tours in support of the band’s last three albums. Elliot Hoffman, Car Bomb’s drummer, is also a business partner with Joe over at Silver Cord Studios in Brooklyn. [1]

Part of Gojira’s meteoric ascent has resulted in the band (and their support bands) playing bigger venues, while Car Bomb come from an intensely DIY background, which usually involves smaller performance spaces. But Greg is not fazed by the increase in capacity – “Playing live gets more and more fun as the venues get bigger and bigger, though we still love playing smaller venues. It’s hard to beat playing a packed room at the legendary Brooklyn hotspot, Saint Vitus.” Judging by the incredible filming done by Frank Huang of Pit Full of Shit [2], one has a fairly clear idea how chaotic these shows can get.

Car Bomb’s relationship with Joe has also continued into the studio – they worked together for both the band’s sophomore – the unpronounceable w^w^^w^w – and their latest record Meta, both incredible works of extreme and technical metal. One thing that comes across after breaking the noise barrier is the sheer depth and layers that each song is imbued with – little details that escape notice in initial listens. Is there a balance to be struck between what can be created in the studio and recreated live? “The songs are always written with the intent that they have to be performed live without losing anything. We try not to add too many layers of tracks or anything too fast or complicated that we can’t physically play. Though with Meta we did push the boundaries of layering a little bit with Joe, and he helped us create some interesting atmospheres. He always pushed for these subtle things that helped enhance what the band was playing, which I think was something we were always afraid of but secretly always wanted and needed.” It’s part of what elevates this music from “just” vitriolic and dissonant technicality to a wholly enveloping and disorienting experience.

This disorientation is “100% intentional,” Greg says, “but I don’t think the intentions are always 100% accurate. I always strive to write something that I haven’t heard before and that could be interpreted in multiple ways.” Considering the number of bands in the tech-metal scene who have no shame in aping their influences and peers, this drive to (and success to) create something innovative instantly sets them apart, although there is a risk. “I never really know how someone will perceive a song, so there’s always a sort of risk that I take with my writing. To me, that is the most exciting and the most important part of making art. If you’re not taking chances, you’re not doing it right.”

We also touch on the use of ProTools for recording – a program which Car Bomb use but do not abuse in their music. A lot of noise is made on both sides about some of ProTools’ editing features – which naysayers state can either correct sloppy playing or create music which is impossible to recreate live – but for Greg, nothing can replace the feeling of at least recording in a room together. “I think a perfect illustration of this point is the difference between Meshuggah’s The Violent Sleep of Reason and the last few records before it. They’re all great, but there’s some raw magic or spice or something that is present on The Violent Sleep of Reason. They recorded that album live playing in the same room together and the result is just this massive otherworldly power to the sound. It’s definitely not as tight, but it sounds and feels” – he emphasizes this last word in particular – “way better for some reason. You can’t create that magic with a mouse and keyboard.” 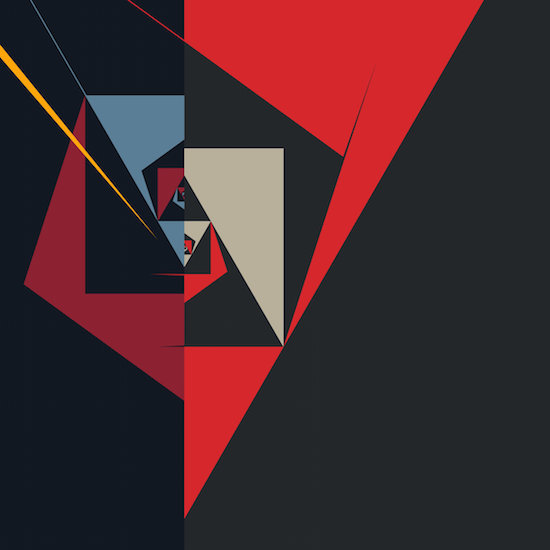 Whether in organic recording or not, Car Bomb songs do not come together in a natural fashion. “The songs are always a result of multiple iterations of teasing, twisting, stretching, smashing, ripping apart, and rearranging riffs and ideas. I love to experiment as much as I can, and love the feeling when a nice Bob Ross “happy accident” occurs a few layers deep. It feels like treasure hunting at times,” he finishes, a sentiment to which I am sure many musicians – and other artists can attest.

A term that sometimes crops up in reviews of Car Bomb’s music is ‘djent’ – the much maligned pseudo-genre which combines elements of tech-metal, bludgeoning hardcore and metalcore. Greg’s take on the genre is that as a name, it does not necessarily tell him he will like a band or not. He likens it to jazz; “there’s a lot of great jazz that I like, and a lot of jazz I can’t stand. Same goes with ‘djent’ bands.” He is not aware of the term being applied to his band, but when the main touchstones for describing Car Bomb are Meshuggah, Gojira and The Dillinger Escape Plan, the term ‘djent’ is summarily tossed out of the window.

Another question which can be a good insight into a musician’s way of writing is to ask which riff they wish they had written – often one which has stuck with them for a long time, and with it carries an inimitable quality that has a lasting impression on their own writing. For Greg, that riff is the intro bendy riff in Alice In Chains’ ‘Check My Brain’. “I was literally looping the riff on my stereo for hours, going “C’mon, I could have written that!” Dick simple, loose, heavy, groovy, hooky, fuck man….so good!” While only some of those qualities have translated to Car Bomb’s music – Meta is far from simple – it’s easy to see why the riff has stuck with him all this time.

We round out reflecting on a documentary which brought Car Bomb a lot of exposure, entitled [Why_You_Do_This]. [3] Directed by vocalist Mike Dafferner, it can be a shocking insight for those who are unaware of the ins and outs of a small DIY band trying to make it in the US – the scene regarding gas money sticks out in my memory. The documentary came out in 2011, so has the band’s outlook changed since it was released? “Luckily for the past few tours we’ve been playing larger venues, so I think now we’re more willing to make sacrifices for the band. In the past I was fortunate enough to be semi-successful with my professional work, but in no way was it as satisfying as playing music.” Now that Car Bomb’s star is firmly in ascendant, it’s time to shift gears and hit the road harder. “Moving forward, playing music is my priority and I really don’t want to do anything else. Tomorrow is promised to nobody, and who knows how long we’ll be able to keep doing this. So we try to make the most of our opportunities and worry about bills later.”

Thanks to Greg Kubacki for his time, and Angela for the opportunity. Check out Car Bomb on Facebook and Bandcamp. Car Bomb are on tour with Gojira and Code Orange [check our review of their latest record Forever here] through the UK. Dates are as follows:

Footnotes:
1. Silver Cord Studios website
2. Frank Huang’s website
3. Why You Do This is available in full on YouTube. It also features interviews with bigger names such as Joe Duplantier and Randy Blythe of Lamb Of God.