Trending
You are at:Home»Interviews»Helen Ceri Clarke (Psycho Kiss): “It’s mad that we’re on the same bill as bands I used to have on my wall as a teenager.”
By Angel on March 8, 2017 Interviews

Internal juxtaposition in a band name can often reveal a lot about their musical character – in the case of Psycho Kiss, a heavy rock band out of South Wales, it showcases the riff-filled crunch of the music with a hint of sweetness, or in their powerhouse vocalist Helen Ceri Clarke whose singing switches from ‘psycho’ to ‘kiss’ on a dime. The chat with Helen was illuminating as we covered their live shows, third album Grit and the use of the word ‘bitch’.

So where did Psycho Kiss come from? As with many band stories, it started at college, where she met Paul [O’Brien, lead guitarist] and the drummer, known only as Penfold. “We started the band then but with a different bassist. We’ve had various line-up changes over the years, but it’s always been the three of us.” The band are relentless in touring – with plenty of milestones already achieved. Helen reflects on her personal favorite: “I think supporting Eric Martin (Mr. Big) was awesome. He came to take a photo of us in sound-check but we must have looked like a load of guppys, because we couldn’t quite believe it!” And this is not an isolated incident; that’s not to mention their shows with Kee Marcelo (Europe) and a remarkable set at Hard Rock Hell in 2015. The hunger for touring is still there, however, and there are still plenty of bands they are keen to play with – “Sixx AM, Hardcore Superstar and Three Days Grace would be on my list definitely. Other than that, it’s just mad that we’re on the same bill as bands I used to have on my wall as a teenager.” One can already picture the posters decorating them. 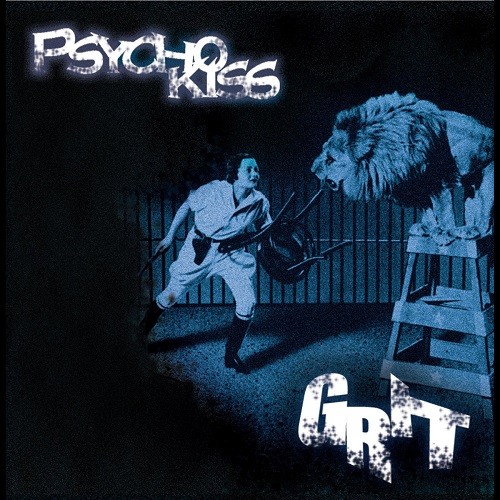 Now three albums deep, they’ve taken the opportunity to refine their sound, and Grit sounds all the better for it. The mix of stomping rock, heavy metal and touches of blues – which Helen sees as coming more from the bluesier side of Aerosmith and Janis Joplin/Beth Hart rather than specific blues artists – is seamless across the whole record. They also provide a platform for pertinent and fiery lyrics – for instance, ‘Sociopathic Superstar’ is about Donald Trump, and ‘Bloodmoon’ is about the rise of the far right in politics recently. “Penfold will go mad because he always says we’re not a political band, but I think what with Brexit, Trump and the age of fake news, you can’t really ignore it. Besides,” she adds almost cheekily, “every other album we’ve recorded had a political song on it – I just didn’t tell the band.”

Her sense of humor also shines through in the origins of Grit’s opening track, ‘The Ballad of Pennywise’. “It started out as an intro when we were going to call the album something else, so it fitted with the theme. After we changed it, it didn’t make as much sense but we kept it in anyway. Both Tom and Penfold are scared of clowns, so anything to wind them up!” she finishes with a laugh.

The artwork is also worthy of comment, especially in light of Helen’s comment that she “wanted a brave woman on the cover”. It’s refreshing to have a woman on a rock/metal album cover who hasn’t been sexualized. As to the cover’s origin, “Don’t ask me, Paul does the artwork, so I have no idea where it came from! You’re right though, I didn’t want a sexualized woman on the cover; it’s important that people see women as people rather than what they look like.” 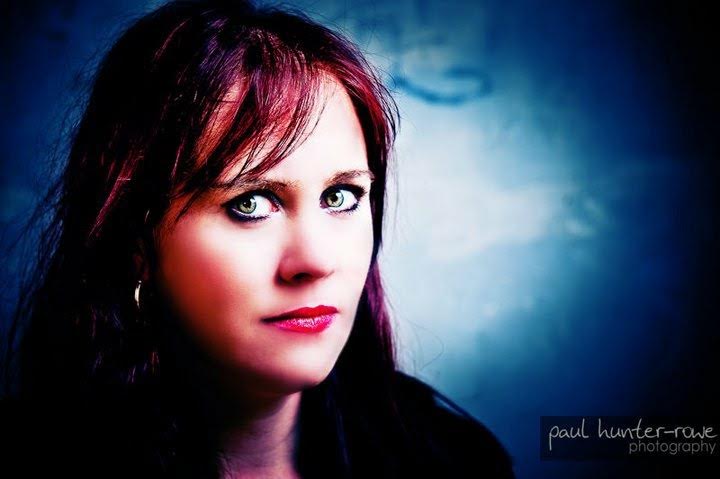 Helen absolutely embodies this sentiment – she is without a doubt a central figure in Psycho Kiss’ sound – the phrase ‘powerhouse vocalist’ in the intro was not used lightly. Self-taught, she nods towards Sebastian Bach and Steven Tyler as formative inspirations, as well as more modern examples Myles Kennedy and Maria Brink. Self-taught, her voice soars with each melody, and the choruses in particular are impactful. One moment which caught my attention was the line “Stop whining like a little bitch”, the last word dragged out in a drawling crescendo. As a woman in a rock band, what is her view of the word ‘bitch’ and when it is used? “I used that phrase because Bill Maher said it about Trump, so in that respect it is context-dependent. I used the word again in Bloodbath at the Disco [their second album]but in the context of reclaiming the word.” It will be interesting to see if the word can be wholly reclaimed, but incidents like this can only help matters.

Rounding out on two brighter notes, I asked about the biggest compliment she has received. She points to the warm reception that the band have had, both in recorded output and onstage: “I’m always amazed when anybody likes anything we do. so it’s just great to have people singing our songs back to us, and to have reviewers like the albums. Although I did like a recent review which said ‘Helen Ceri Clarke is the psycho in Psycho Kiss.’”

Lastly, when asked about plans for the next five years, her answer is mostly natural progression and a dream goal rolled in one: “To keep going, getting bigger gigs and playing to as many people as we can. Maybe record some more albums. It would be nice to play some more festivals but that’s obviously not up to us. Oh, and to work with Nikki Sixx,” she drops in casually. Here’s hoping for the band that this happens, and they continue to deliver psycho rock…with a kiss.

Thanks to Helen for her time, and Natalie for the opportunity. You can check out Psycho Kiss on Facebook and their website, and find their album Grit on BigCartel.