Within the black metal realm, Imperium Dekadenz are very difficult to pin down. Their careful balance between German bombast (in the vein of Nargaroth) and ode-to-nature ambience (much like Mgła) is an impressive achievement. In fact, Drudkh is the only other black metal project in my regular roster that really succeeds in this undertaking. Dis Manibvs, the latest from the German duo, is no exception in their discography: engaging, beautiful and searing, but it is in no way better (or worse) than previous releases like Meadows of Nostalgia, Procella Vadens or anything else in their 12-year back catalogue. What I can say with conviction, however, is that it is the album where they stretch the most boundaries, all the while staying true to what has become a signature sound.

This sound is really all about balance: not only the brutal/atmosphere blend mentioned above, but also the balance of tone: ‘Only Fragments of Light’, for example, is perfectly split between menacing undertones via whispered vocals and an uplifting melody [1]. That same menace shines through on the title track – in part due to the band embracing the low end and using detuned 7-string guitars, something of a break with atmospheric black metal tradition! This is just one instance where Imperium Dekadenz show their willingness to expand their arsenal on Dis Manibvs.

As for clean vocals – the choral elements on ‘Volcano’ are a delightful throwback to their 2013 release, Meadows of Nostalgia, particularly bringing to mind ‘Ave Danuvi’. The pacing of this album is on point as well – such as the female operatic coda of ‘Still I Rise’ that completely shifts gears on a listener’s perception, or the incorporation of ‘Somnia’, a short instrumental interlude that sets the stage for the bleakness of ‘Pure Nocturnal Rome’. The open, ringing intro chords breaking into the almost Cure-like riff of this track push it into quasi-DSBM territory – but this melancholy is, once again, offset perfectly by aggression. Perhaps it’s an unexpected side effect of the core band being a duo that gives the album such duality – the personalities of Horaz and Vespasian each bring something different to the table, resulting in this wonderful equilibrium. 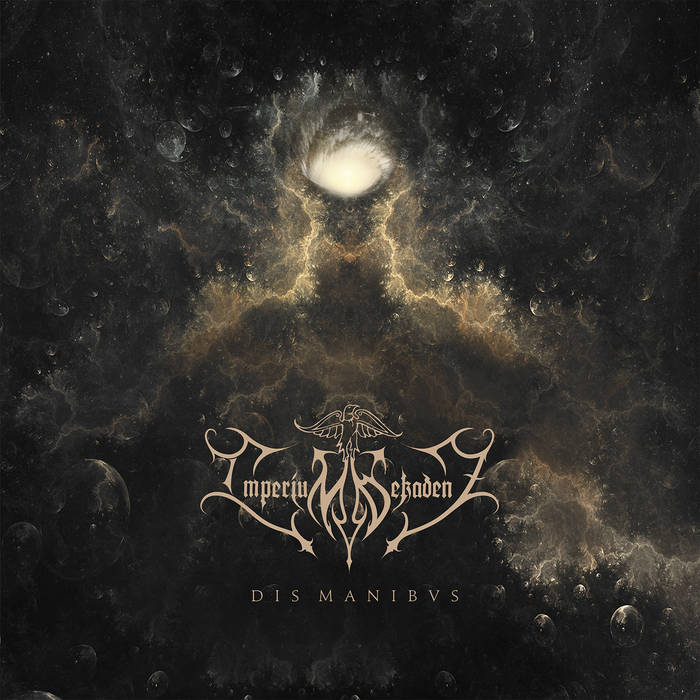 ‘Vae Victis’ is the only question mark on Dis Manibvs – its relative simplicity in melody and structure seems almost thrashy and amateurish in comparison with the rest of the album. Even its reliance on repetition of the main theme (a blackened atmospheric staple as evidenced on much of Burzum’s early recordings) feels a touch less considered; unfinished, even. It’s still an acceptable track, with its rolling (almost bouncy) groove, but it’s not quite as good as its companion pieces. Trimming the song down a minute or so could be all that’s needed to elevate it to a better resonance with the remainder of Dis Manibvs.

The final song on the album, ‘Seikilos’, is testament to Imperium Dekadenz’ historical underpinnings: the melody is a black metal arrangement of the Seikilos Epitaph [2], the oldest surviving complete musical composition in recorded history. The unmistakably Mediterranean nature of the original piece infuses the Imperium Dekadenz interpretation, resulting in something that could easily be found on a contemporary Rotting Christ album. The repeated refrain of “Death is certain; life is not” [3] coupled with the short, memorable melody makes for an apt conclusion to a stellar example of atmospheric black metal.