Trending
You are at:Home»Interviews»Jacob Bannon (Converge, Wear Your Wounds) – “Your surroundings always affect you when making art and music.”
By Michael Pementel on June 14, 2017 Interviews

When one thinks of Massachusetts, one of the first things that may come to mind is the city of Boston. Or maybe the first thought to come to mind is that of the ocean. The image of the water hitting one’s toes just at the edge, the waves riding up, pecking them like little kisses. Maybe it’s the silence, simplicity, and massive giant that is the ocean that washes over one’s mind like a great watercolor painting.

Jacob Bannon is a Massachusetts native, and someone whose career directs him towards more noise and chaos than quiet. While he may be primarily known as a musician, the artist originally started in graphic design. At the age of 11, Bannon discovered some of his father’s paintings. It was at that time that his mind began to race, evolving into the artist he would be known as today. He is responsible for album artwork and several merchandise designs among many popular bands, and has created many of his own abstract pieces as well. 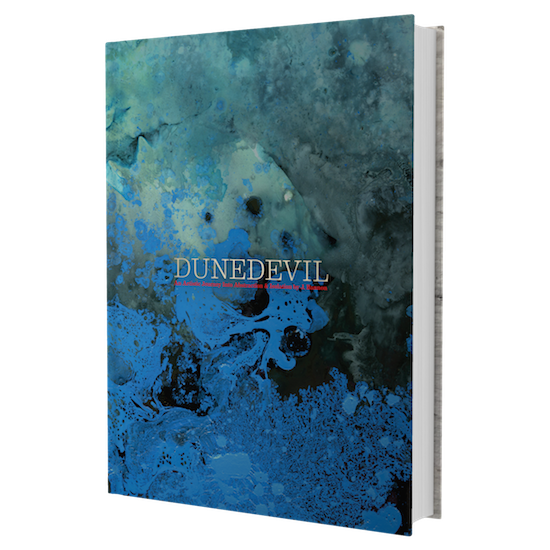 As the frontman of Converge, Bannon is a whirlwind of emotion, furious and relentless in his screeching vocal delivery. As of 2017, Bannon released a solo project entitled Wear Your Wounds. The music acts as a manifestation of Bannon’s feelings woven through songs of heartache and somber auras. It is at the C-Scape Dune Shack in Provincetown Massachusetts where Bannon took Wear Your Wounds, planting it within the sands to grow into a new life. In his one week there, Bannon created art and music, as well as took photos of his stay. Cultivating from the land’s energies, Bannon has taken the artwork, compiling it into his new art book, Dunedevil.

“The isolation and calm in a place like that is very inspiring. It leaves you to create things without the noise and distraction of everyday life,” Bannon shares. The land is that of small hills, sand and grass, glazed over by blue skies that pick up the taste of ocean salt. “Your surroundings always affect you in some way or another when making art and music, directly or indirectly.”

Composed of nearly 300 pages, Dunedevil presents itself in two forms: one being the actual book, and the other portion involving an ambient record. Composed under Wear Your Wounds, the record is an ethereal work that flows with nature. When sharing why to release Dunedevil under Wear Your Wounds, Bannon shares, “Wear Your Wounds is the moniker for all music coming from me directly. I could’ve gone a number of different ways in defining and naming things, but that’s just what felt right.”

While it is easy to enjoy on its own, the true power of the record comes through in reading alongside the book. Like the mysterious nature to the musical component, the art of Dunedevil captures a sense of wonder. Bannon’s work in the abstract is enriched with tones of nature: the dirt, water, and wildlife moving about in splotches and strokes. This artwork lights up the eyes with sharp and wavy shapes. His photography is just as captivating, centering in on old parts of the shack, beautiful clear skies, and moments of roaming about the beach with his wife.

When asked about how he feels about his career at this point in life, Bannon says, “I don’t self-reflect like that, so it’s difficult for me to talk about my own work.” Throughout all its pages, Dunedevil successfully captures the essence of the now, the feeling of being present and mindful of the current moment and place. “Like any creative person, I am never 100% content with my work, but that is part of the journey. There will be a time for reflection, but it’s not now. Now is for making things.” 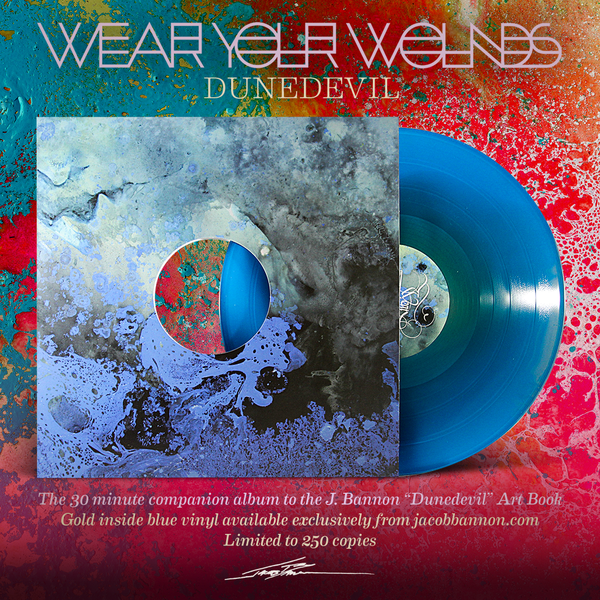 The art comes more to life with the companion record playing. Upon starting the music, opening to page one of the book, the atmosphere of the ambient tones places one in a meditative state. Taking the time to isolate away from hectic tours schedules and loud music gave Bannon the time to soak in the environment, capturing its essence through art. “There is a wealth of things that I experience every day that I try to give artistic voice to in some way,” he shares. Bannon’s artistic pursuits have been met with difficulties throughout his career, yet he has always preserved, creating artwork that reflects those struggles, revealing strength and growth. “Anyone who is creating art and music should find a way to channel all of that emotion into their work,” he states. “It’s the most honest way you can approach things. It’s not an easy road, and we all hit bumps in it, but it’s the only way for me personally.”

From artwork to music, to record labels and photography, Jacob Bannon lives the life of an artist. With a hunger to create, he pursues his passions to the fullest extent, creating what he can to promote positivity into the world. At this time, he is preparing for an art show based on Dunedevil, taking place at Mingo Gallery in Massachusetts’ North Shore. Among his other projects, he is also in the studio working on the highly anticipated new Converge release. Dunedevil is a brilliant collection of art that displays Bannon’s various talents. It isn’t superfluous in any way, but is sincere, beautiful, and serene. Like the gorgeous giant that is the ocean, Jacob Bannon’s Dunedevil asks its audience to take time away from the chaos that surrounds us; the work asks to take a deep breath, play some music, view rich colors, and take in art. 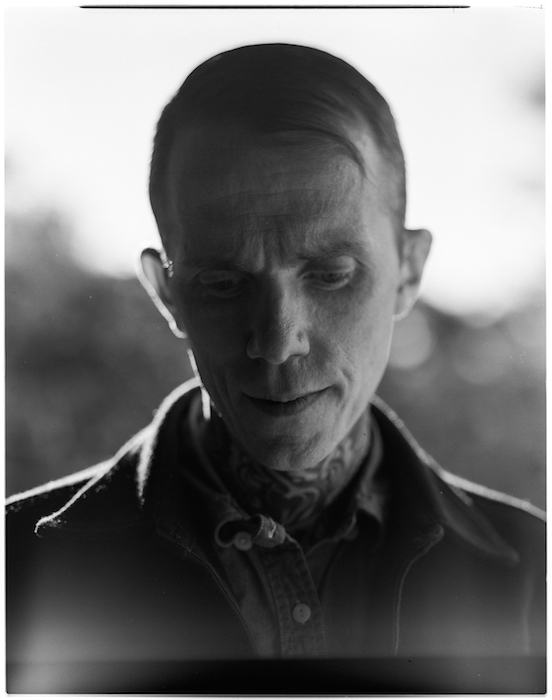 Thanks to Jacob Bannon for his time, and Stephanie Marlow for the opportunity. Check out Wear Your Wounds on Facebook, and pick up a copy of Dunedevil on Bandcamp or Bannon’s website.