Trending
You are at:Home»Features»Jute Gyte and the Art of Artificial Nihility
By Richard Lowe on April 14, 2017 Features

In the past decade, the notion of genre has become an increasingly dated one – particularly within the black metal scene – as the very idea of genre dies a timely death in the hypertechnological musical landscape of our present. Whilst metal – and, in fairness, guitar-driven music at large – is a genre which risks dying a slow creative death, in a world in which synthetic methods of music production are far more prevalent, artists like Jute Gyte are pushing the boundaries of what metal means and sounds like in 2017.

Jute Gyte is the brainchild of Adam Kalmbach, whose influences and musical background appear somewhat contradictory – at least from a black metal perspective – citing his earliest influences as the Mortal Kombat soundtrack and Nine Inch Nails, and citing post-modern compositional influences over Burzum or Marduk. Whilst his sound is rather pretentiously billed as ‘Late Romantic’ – his sound is a fascinating fusion of noise, influenced as much by the musique concrète of the 20th century as it is by the primal nihility of 90s black metal. 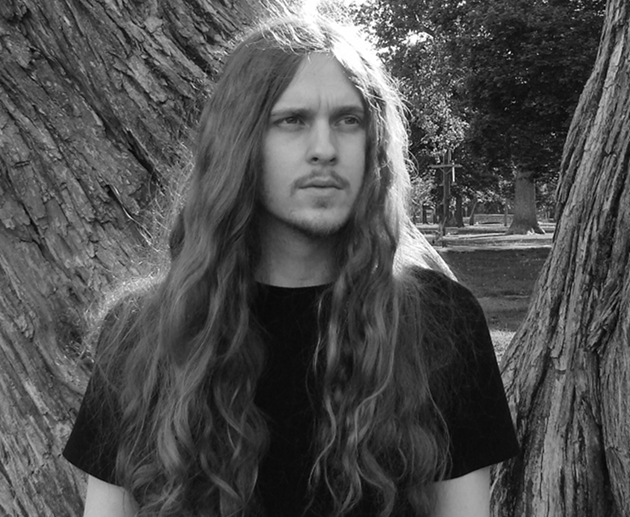 Kalmbach’s latest release under the Jute Gyte moniker, The Sparrow, brings to mind the walls of distorted guitars typical of the primal beginnings blackened death metal scene, channelled through post-black metal soundscapes. The album’s sound revolves around flocks of guitars – hovering, or scrolling back and forth, rather than conventionally riffing – lending the album its distinctive sound – the droning walls of noise of musique concrete fused with the more conventional wall of noise of black metal.

Musique concrète has a lot in common with black metal – and whilst the creative processes inherent to both genres may at first seem to be in opposition, the end results are strikingly similar. Whilst musique concrète is noise built from carefully prepared machinistic drones, the approach to black metal has traditionally been a far rawer one – an illustration of nihility through underproduction, primal recording techniques and a minimal aesthetic ethos. Whilst the creative processes of the two genres may appear to be in opposition, the cold, amelodic walls of sound generate far more abstract feeling through noise as opposed to the carefully crafted lyricism prevalent in pretty much all music of the 20th century.

Whilst black metal’s earlier progenitors looked to the past, marrying fascinations with fantasy with more tangible folk roots – Adam Kalmbach looks to an entirely different, more contemporaneous past, incorporating microtonal compositional techniques in the vein of the musique concrète of the 20th century into his black metal-esque soundscapes. 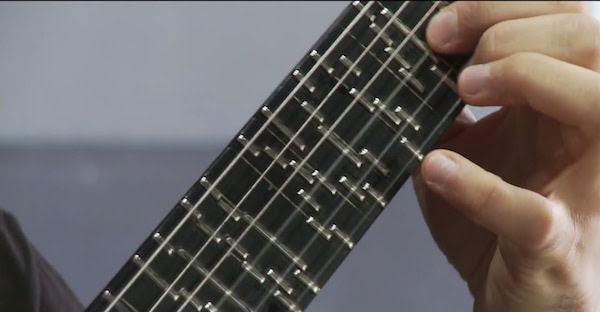 The idea of more artificial, machinistic approaches to black metal is one that has been been explored more and more over the last decade – and whilst aforementioned compositional techniques are a fairly new innovation with regards to black metal – it’s these same techniques that lend Jute Gyte toward the technologically-minded black metal aesthetic. Take Pharmakon – whose cathartic works of power electronics-influenced darkness conjure up some of the darkest recesses of the Depressive Black Metal scene into a far more harrowing context, combining power electronics with a general atmosphere reminiscent of DSBM turned all the way up to eleven. It’s the implementation of outside influence which has made artists such as Pharmakon vaguely familiar, and in a similar vein Jute Gyte’s shimmering walls of noise are oddly familiar in their outcome, even if the creative process behind the music is unique.

In 2017, it could be argued that the primal nihility of 90s black metal is now dead – in fact the idea of black metal as a singularly defined genre is increasingly an outdated one. As we move into the cold dark recesses of a computerized future, Jute Gyte’s artificially minded droning is a signifier, amongst many other releases from the past decade – of black metal’s transformation into a modern day genre, exploring the nihility inherent to the increasingly online world. At the same time, the black metal movement strays from the definition of a singular genre, into a conceptual idea, an atmosphere to be created, a creative ethos to compose alongside.

When black metal innovators Venom burst onto the scene in 1980 – their music wasn’t hugely innovative, but it was their creative vision, and the way in which they approached the then contemporary metal sound which inspired future generations. Whilst The Sparrow may not be entirely innovative in terms of its end product, what matters is what Adam Kalmbach may have stirred in those taking in Jute Gyte’s experimental weirdness.