It seems only fitting that a country as bleak and devastatingly beautiful as Iceland should bring forth a rich metal scene, spearheaded by bands like Sólstafir and Skálmöld. Newcomers Kontinuum are carving out their own niche in this scene with their latest album Kyrr (‘Still’), with gothic undertones woven into their particular brand of post-metal. On first listen, it sounded somewhat flat and generic – like a mix of Sólstafir and Long Distance Calling with a dash of Sigur Rós and The Cure. But, on repeated listens, the nuances of the album appear, showing off its real highlights and how much the band have developed their sound since Earth Blood Magic.

On first spin, only the last two tracks ‘In Shallow Seas’ and ‘Red Stream’ seemed to be worth remembering. They are an energetic pair, with the band plumbing serious depths to display some dramatic emotion. ‘In Shallow Seas’ presents the image of a hungry sea, eager to swallow an intrepid but ill-fated adventurer, with crashing angry guitars and drums, calming down only at the end, when the maelstrom has claimed its victim. ‘Red Stream’, the album closer, is a more triumphant song that never lets up once it has grabbed the listener’s attention. Pacy, with strong, interesting riffs and almost-euphoric vocal harmonies that evoke a real sense of Iceland’s haunting beauty, it’s arguably the best, and certainly the most well-rounded, song on the album. 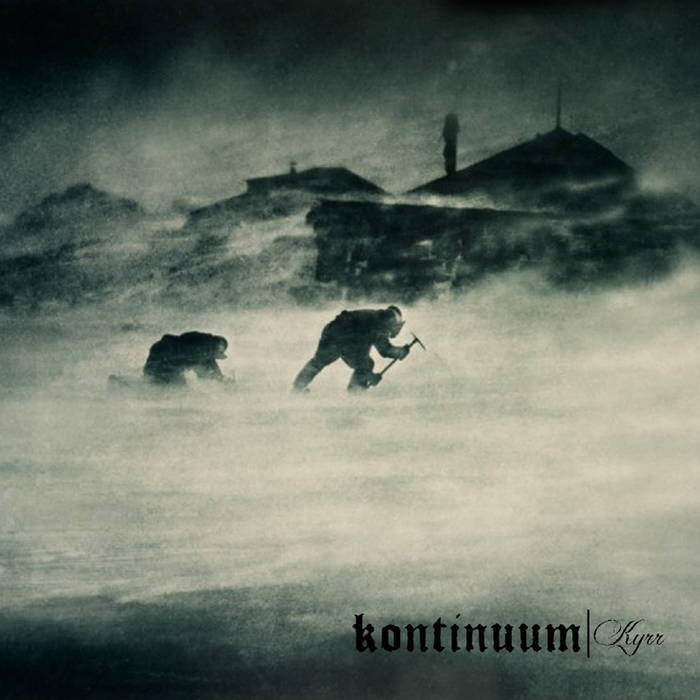 Repeat listens, however, revealed the strengths and nuances of the other songs. ‘Hlidargötu-Heimsveldi’ is one of the more melodic highlights, especially the guitars that draw it to a close. The title track itself is perhaps the weakest: melancholic and atmospheric as the rest of the songs, but not particularly memorable, though nearly redeemed by the guitar/drum exchange three-quarters of the way through. ‘Breathe’ may be radio-friendly, but is also a melancholic, atmospheric song about adventure being an addiction, with guitarist/vocalist Birgir Thorgeirsson’s haunting vocals carrying the song – indeed, his vocals carry the whole album, especially on ‘Í Huldusal’ and ‘Red Stream’. Thorgeirsson has one of the best melodic voices I’ve heard this year, and it really accentuates the moody atmosphere that works so well on songs like ‘Í Huldusal’.

Kyrr is also a marked improvement on Earth Blood Magic: forsaking the black metal undertones to emphasise the gothic vibes, and pulling back on the harsh vocals displayed most prominently on the previous album’s ‘Moonshine’, helps bring out Kyrr‘s atmosphere, making it much better than the more dissonant debut. It is that cold, melancholic ambience, accentuated by Thorgeirsson’s gothic clean vocals and occasional darker growls, that really makes the album great. That the songwriting was inspired by the self-sacrifice of Lawrence Oates on the Scott expedition to the Antarctic only serves to emphasise album’s melancholic atmosphere.. [1] [2] Though Kyrr is not explicitly a concept album based on Oates’ death, it does help to visualise each song as a waypoint on the journey to that sacrifice, from ‘Breathe’ and the notion of adventure being an addiction to ‘In Shallow Seas’ devouring the adventurer whole. This in turn evokes the devastating beauty of Arctic and Antarctic landscapes, the imagery of which accentuates the melancholic music.

Kyrr is a very strong sophomore effort, with fantastic melodies and vocal harmonies drenched in a moody, gothic atmosphere that does much to evoke the bleak beauty of the Icelandic and Arctic landscapes. The future holds great things in store for Kontinuum and their unique brand of post-goth-metal (post-goth?), and Kyrr demonstrates their huge potential.