Trending
You are at:Home»Features»Land of the Riffing Sun – A Primer on Boris
By Tom Woodward-Massey on August 15, 2017 Features

Very few other acts in metal have a discography as daunting as Boris’. The prolific Japanese trio have released twenty-three studio albums, numerous live records and several collaborative efforts which span genres ranging from sludge metal, noise-rock and drone, through shoegaze and post-rock, to stoner metal and seemingly every other subgenre in-between. The rackets created by Wata, Atsuo and Takeshi are almost always loud and experimental, with frequent explorations into psychedelia, noise and ambient.

With three completely different albums all under the name of Smile, two separate albums called Vein with identical album art and track-listing, and stark variances in run-time differences between formats [1], even a seasoned fan must approach a Boris purchase with care. Tackling Boris can be discouraging; however, their intimidating catalogue is well-worth confronting; listeners will be greeted with some of the most boundary-pushing and intense music in all of metal and experimental music. Ahead of their European appearance at Bristol’s Arctangent festival, it’s only right that their best albums are dissected and explored. 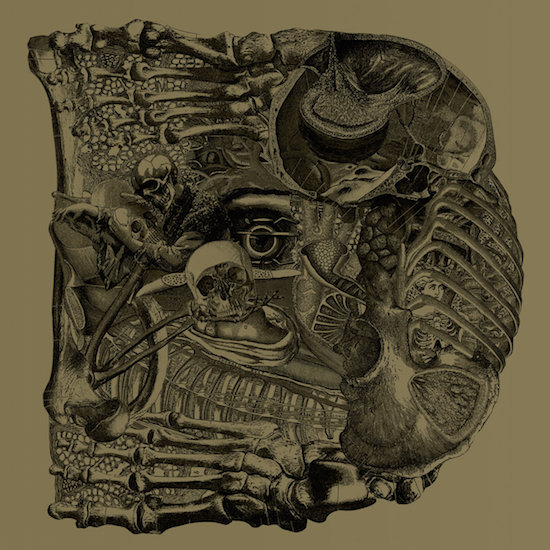 Dear (2017)
Released this Summer, Dear is a return to form following the clumsy New Noise Literacy triple effort and the post-rock investigations of Noise and Präparat. Dear serves as an excellent introduction to Boris as it embodies their all-encompassing genre outlook and qualities of heaviness and experimentalism. From drone metal in the opening track ‘D.O.W.N (Domination of Waiting Noise)’, beautifully lucid shoegazing psychedelia in the epic ‘Dystopia (Vanishing Point)’ and uncompromising sludge on ‘Absolutego’, Dear offers an entry point to Boris by showcasing their defining traits. It’s highly likely that Dear material will form the basis of Boris’ set-list during their European tour, so newcomers should familiarise themselves with this record first and foremost. 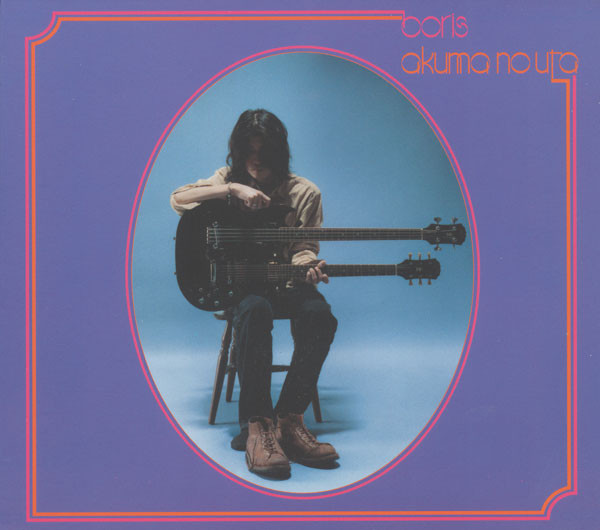 Akuma no Uta (2003)
Akuma no Uta is as similarly eclectic as Dear, containing a variety of sounds, moods, dynamics and subgenres. Boris’ fifth album covers minimalist droning doom, riff heavy stoner metal and jammy psychedelia. The psych-rock epic ‘Naki Kyoku’ is a particular highlight, bearing a striking resemblance to Funkadelic’s mammoth track ‘Maggot Brain’. Classic seventies rock isn’t the only thing Boris pay homage to on Akuma no Uta: the cover art for the Southern Lord reissue sees a direct tribute to late folk musician Nick Drake, and it even clocks in at the same runtime as Drake’s Bryter Layter, highlighting the bands eclectic range of influences and unusual meticulousness. Akuma no Uta is a sample platter of Boris’ work and it’s one of their greatest achievements. The Southern Lord version is recommended. 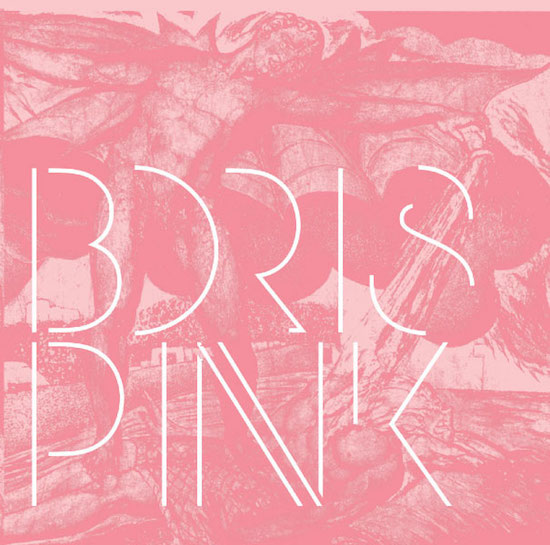 Pink (2005)
Pink is Boris’ most successful album, and for good reason: the riffs are meaty and memorable, the hooks are first-rate, the rhythms induce head nodding and the mellow moments shimmer stunningly. With uneasy production, lucid percussion, moments of noise, dirty guitar tones and detached vocals, Pink is huge in every aspect of the word. It’s the work of a band at the top of their game and illustrates the trio’s ability to focus despite their prolificity and tendency to experiment.

Boris’ alternative crossover appeal became apparent with Pink; they gained a spot in the Pitchfork albums of the year poll and started being mentioned in the same breath as similar Japanese purveyors of experimental eclecticism Melt Banana and the Boredoms. If you’re a fan of noise rock, grunge or alternative rock, then Pink is the album for you. Both the vinyl version and CD issue are a must-listen. 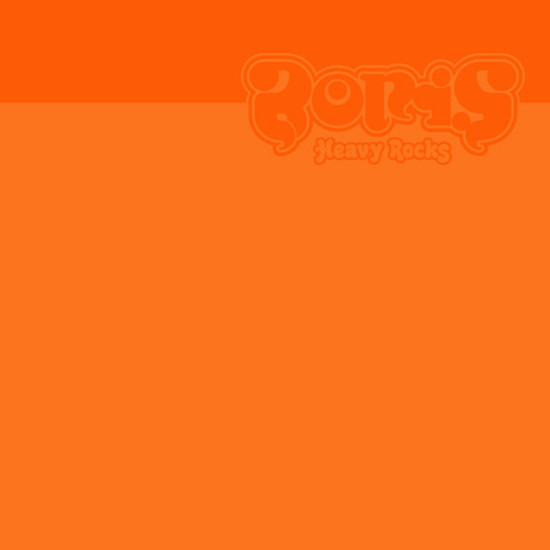 Heavy Rocks (2002)
After indulging in drone metal and post-rock in Amplifier Worship and Flood, it was time for Boris to show just how good their rock riffs were. On their fourth record Heavy Rocks, Boris delve into straightforward stoner metal where the riffs are huge, catchy and memorable. The album sounds as if it were recorded live, with the volume often distorting the recording and feedback providing invigorating introductions to many of the songs. Heavy Rocks is rapid fire rock’n’roll with a pace similar to that of classic desert rock groups such as Kyuss and Fu Manchu, perhaps best comprehended in the driving pace of ‘Koruso’ and ‘Dyno-Soar’. The uncompromising sound is reprieved slightly with the ‘Soft Edge’, an improvised, heavily psychedelic guitar interlude which is soon kicked back into action in the ensuing haste of ‘Rattlesnake’. If you’re a fan of primitive riff-heavy rock, then Heavy Rocks should be your first taste of Boris. Just make sure you get the 2002 release as opposed to its 2011 sequel which doesn’t quite live up to the quality of its forerunner. [2] 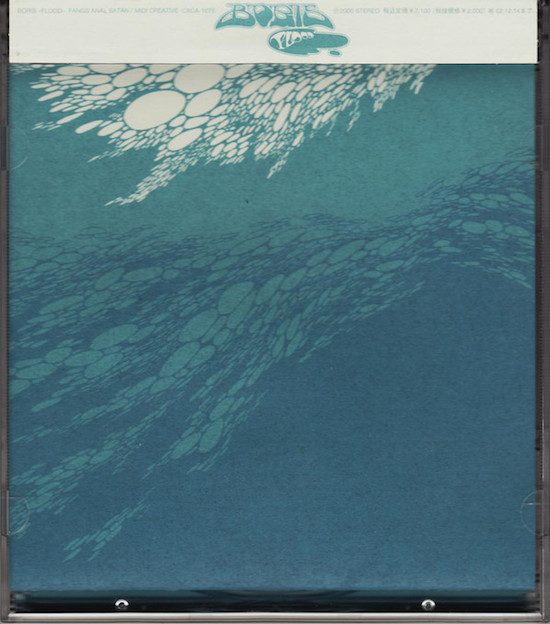 Flood (2000)
Whilst Boris may be a band who tour tirelessly and release plentifully, they still manage to set aside a huge amount of focus and attention to detail with each project. Flood, for example, is an album consisting of one song split into five distinct tracks/movements. Developing upon repeated motifs, Flood meditates on the restraint of classical minimalism, the intimacy of ambient, and post-rock suspense into one cohesive soundscape.

Taking a conscious step away from focussing solely on immense riffs and earth shattering guitar tones, Boris successfully showed their prettier side with Flood, with only a huge, sweeping crescendo in the third act hinting at their heaviness. Flood is recommended for fans of post-rock and those desiring less emphasis on distorted guitars. Admirers of dream pop, modern classical, ambient and the stranger side of modern psychedelia will also find more than enough to love with this strange beast.

Boris at Last –Feedbacker- (2003)
Similarly to Flood, Boris at Last comprises of one song divided into separate movements. As a drone record, the emphasis once again lies in accentuating minor variations as the track progresses. This dense, ominous piece is one of Boris’ greatest triumphs as it manages to reveal repetition whilst remaining versatile. It shape-shifts and develops from drone to psychedelia, into stoner metal and harsh noise (where even Atsuo’s drumming begins to distort), only to return to the sounds of ‘II’ in the final movement. Feedbacker is a heavy and weighty brute which mainly concentrates on droning soundscapes, so if you’re familiar with drone then it’s the album for you, however it may intimidate a first-time Boris listener. Check out a few of their albums before tackling this tough one.

The Best of the Rest

Amplifier Worship (1998)
With a title that could serve as Boris’ manifesto, Amplifier Worship is one of the most under-appreciated albums in the bands discography. It’s a massive wall of sound of hypnotic drone and with an underlying groove and psychedelic rock quality, it serves as an excellent entry point for newcomers of drone metal as it’s more accessible than the often difficult Sunn O))) or Earth. Fans of the Melvins’ Bullhead will also love this record, Boris took their name from a track from this album after all.

Smile (2008)
Smile is a varied and unusual psychedelic rock piece with few heavy metal moments. Instead, Boris opt for electronic manipulations and riffs that play on noise rock, amounting to a brilliant, albeit inconsistent album. Be wary, there are three different versions of Smile and the record described here is the Diwphalanx version, mixed by Souichiro Nakamura as opposed to an internal band member who usually oversees all production duties.

Boris have enough material to keep you busy for weeks on end, with their music possessing an intriguingly addictive quality. Albums such as Rock Dream (a collaborative effort with Merzbow) will give you a taste of their powerful live shows, whilst Rainbow (with Michio Kurihara) proposes dreamy psychedelia, and Attention Please offers a poppier take on the Boris sound.

Boris’ catalogue should be explored with care to select the correct issues, and each album needs a few listens to reflect upon to fully appreciate. This trio of Japanese experimentalists won’t be going away anytime soon and will continue releasing ground-breaking and captivating music for as long as they exist.

[1] The vinyl version of Pink is 17 minutes longer than the CD version, featuring extended cuts on most of the tracks.
[2] To avoid confusion, the 2002 Heavy Rocks features an orange-coloured cover whilst the 2011 album features a purple cover.