Trending
You are at:Home»Features»Shuffled Attention or The Lost Art Of The Album Experience
By Joy Merten on April 29, 2015 Features

A funny thing happened to me after I signed up to write this piece on how much the balance between listening to an album in order as a whole or shuffling tracks has shifted in the past 20 years. When I was reviewing Mastery’s latest album Valis, I received a copy of the album that listed the tracks out of order. I noticed because the two short ambient tracks – meant to serve as interludes between the three longer songs on the album – were incorrectly grouped at the end of the record.

Valis is a fairly strong example of the fact that even in 2015, amid algorithm-driven internet radio stations, iTunes and general short attention spans, someone made an album whose tracks went in an obvious order. Once they were in the correct order, the ambient sections broke up the noisy, unrelenting black metal of the rest of the album, for a teasingly short period of time. There’s a lot to be said about the placement and length of each track on Valis, as well as about the album as a whole. Other albums like Swans’ The Seer, Agalloch’s Marrow of the Spirit and Thou’s Heathen make use of introductions, buildups and breakdowns to create a cohesive whole that’s highly engaging and varied. Especially for those interested in certain genres of music – metal is a good example – listening to whole albums is still standard for both reviewers and fans.

Though it may have tried its best, the digital age didn’t kill the album format completely. Somehow, since the long-playing vinyl album was introduced in 1948, it’s been central to the way we think and write about music until the present day. This appreciation of full albums seems to be a holdover from the pre-internet era, when vinyl was the dominant format and artists weren’t able to debut single tracks and have them reach wide audiences. Many writers about music grew up when albums were the dominant format, and have carried that worldview to the internet and a subsequent generation of writers in 2015. Artists have more time to explore their sound in the album format, giving writers more to dissect. So the cycle continues: artists keep releasing albums, and writers keep reviewing them. 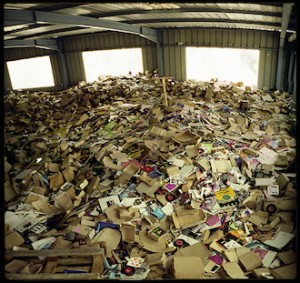 The enduring prevalence of album-centric discussions at least somewhat invalidates the idea that the switch to a mostly digital distribution system for media rendered the idea of the album obsolete. Especially for independent music and metal, review sites save the most words and give the most weight to full album releases. Especially in genres where album reviews and recommendations are essential to music discovery, fans are conditioned to appreciate albums as whole works of art. And, given their devotion to certain artists, often a single track isn’t enough to satisfy them. Even in popular culture, the idea of “album as event” is still prevalent. Albums like Beyoncé’s Beyoncé, Taylor Swift’s 1989 and Kanye West’s Yeezus are all recent evidence that a large number of mainstream listeners do want to evaluate more than one song by an artist at one time.

So, yes, the argument can be made that the album isn’t dead at all. But the question remains whether listeners are still hearing the tracks in order, and whether that matters. In the past 20 years, the distribution of music has changed rapidly, leaving outdated media behind in the dust. CDs overtook vinyl around 1995, and the iTunes store opened in April of 2003, becoming the largest music vendor in the world seven years later. CDs and CD players facilitated the use of the “skip” button and the “shuffle” button, and iTunes’ sale of single songs only made it easier for listeners to pick the tracks they wanted to listen to or even own and ignore the rest.

As a comparison, when vinyl was most popular, artists were more in control of how fans listened to their albums, especially in terms of track order. Of course, singles were pulled for radio purposes and listeners could pick up and drop the needle wherever they wanted on the album, but the popularity of concept albums like Tommy or Sgt. Pepper’s Lonely Hearts Club Band, where the particular order of songs told a story in order, are evidence of the fact that the vast majority of listeners experienced albums with the tracks in order.

Track order was still important going into the 80s as well, especially with the rise of DIY punk bands who had much less time and money to record in the studio. Hüsker Dü’s 1984 double album Zen Arcade was recorded over the course of 48 continuous hours, and still adhered to the idea that an album’s tracks played in a certain order would convey a certain message to the listener.

But it’s still not that simple. Though the rise of CDs and MP3s made listening to an album’s tracks in order much less likely, current trends in the music industry make it easier for listeners to choose how they listen to albums. On one hand, as of 2014, shuffle-based internet radio station Pandora had 250 million users, and that’s just one of many similar services. There might even be psychological reasons why shuffling tracks is so popular – if listeners hear the perfect song unexpectedly, they get a shot of dopamine, as opposed to the sameness of hearing songs in order every time. [1][2]

Listening habits are also dependent on context, especially with the increased portability of music in the past twenty years. Listeners now have the ability to find and create shuffle playlists spanning genres and decades, and use them for studying, exercising or while traveling. Streaming services like Spotify curate these kinds of playlists, with titles like “Coffee shop” “Cardio” and “TGIF,” as though a random grouping of songs can much express a mood or motivate a person to work out better than an album can. [3] 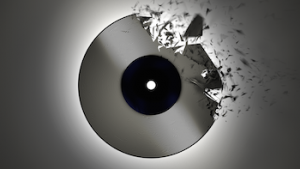 On the other hand, certain indicators such as the recent resurgence in the popularity of vinyl [4] (no matter how comparatively small it is to vinyl sales before) and even the ubiquity of Bandcamp prove that the option is still there if people are still interested in listening to full albums the way that artists present them. Bandcamp is a great example – its users typically give fans the ability to purchase the album as a whole or go track by track. It may come down to individual taste, but both listeners and artists are still unwilling to let go of the idea of listening to a 45-minute (give or take) statement from an artist and digesting it as such.

To use my personal experience as an example, I’m only 23 and stopped buying CDs in middle school, around 2005 or 2006. I’ve been storing my music as files on my computer for the majority of my listening life, except the albums I like enough to purchase on vinyl. But, I still listen to a full album, whether it’s one I’m familiar with already or not, at least once a day on average. When I’ve finished listening to a whole album, I add my favorite tracks from that album to a playlist with tracks from other artists and play that on shuffle when I feel like it, but that doesn’t mean I don’t often return to the artists’ full albums. When I really love an artist, I want to hear more from them than just a single track.

With the internet being central to how listeners experience music in 2015, there’s a proliferation of choices: genres, artists, and formats. Even though the digital age has made it much easier to take albums a track at a time or shuffle songs, the album format remains there for those who look for it. For those who are truly interested in music, the idea of the album as art and album as whole is still central to the listening experience. Maybe in the future, as younger critics who have grown up in a world where the album is just one way to experience music, writers and artists will focus less on the album as a whole. But for right now, it all depends on what you choose.