Trending
You are at:Home»Reports»Live Review: Anaal Nathrakh, Voices & The Infernal Sea at The Underworld – September 2nd 2016
By Angel on September 11, 2016 Reports


The Underworld is effectively second home for Anaal Nathrakh; it’s where the band started in terms of live performances [1] and has been a consistent hub for their intense shows over their years – and tonight is no exception. Not content with having decimated The Black Heart last year [our review of that show here] and the Boston Music Room the year before [1], the Brummies descend Camden’s murky depths once more to bring a belter of a 75-minute set to the eager crowd. 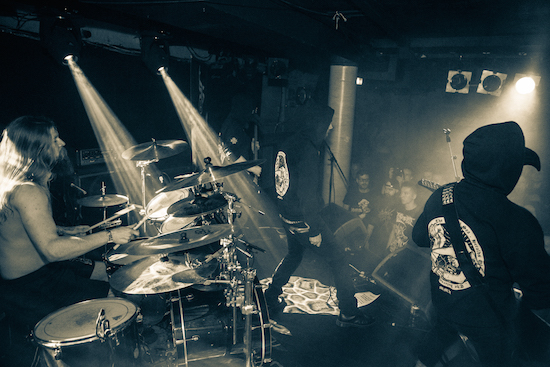 First up, however, are The Infernal Sea. The black metallers have attracted quite a crowd for such an early start time, including moshing enthusiasts in the front who get the crowd going. The punk-inflected yet traditional black metal style of the band goes over well – vocalist Dean Lettice gives a rousing speech about punks and metalheads uniting to worship the son of Satan to introduce ‘Tannis Root’ – while drummer James Burke is remarkable to watch as he weaves grooves and blasts around Jonathan Egmore’s buzzing guitar lines. Both Egmore and bassist Chris Revett are garbed in plague masks, appropriate for ‘Plague Herald’, as Lettice snarls and growls his way to final track ‘Entombed In Darkness’. The Infernal Sea put in an excellent performance, and are a top reason why UK black metal is in excellent health these days. 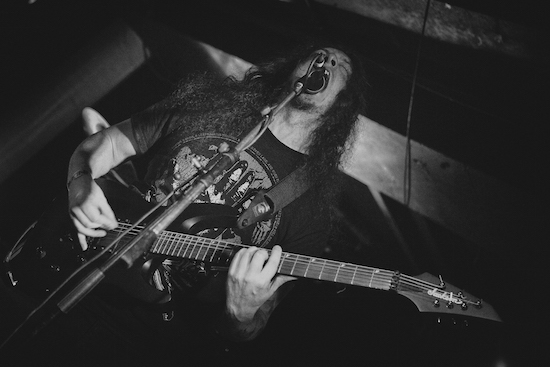 Voices have bounced back from the technical difficulties they experienced at last year’s Black Heart show, and are in fine and demented form. Not diminished in the slightest by Akercocke’s reform earlier this year, [2] the progressive black/death metal troupe have plenty of enthusiasts. It is not without some irony that the London-based band were playing tracks from their album London in London. David Gray is a masterful drummer, battering the crowd with sheer force around the angular and dissonant riffs of Sam Loynes and Peter Benjamin, the latter of whom still puts on a terrifying vocal display. Though not as pit-inducing as The Infernal Sea, Voices put their own kind of spell on the crowd. 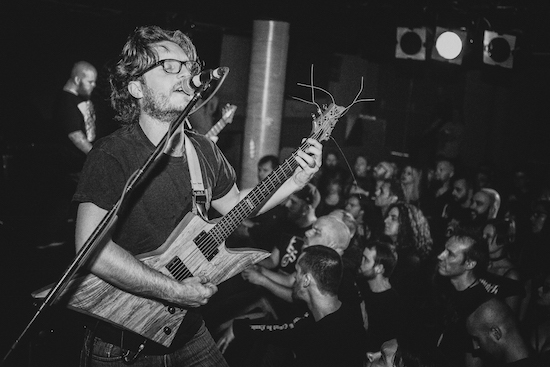 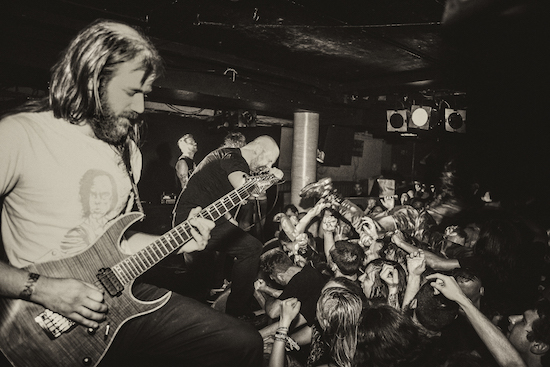 Finally, as the lights dimmed and the static rumble in the intro of ‘Acheronta Movebimus’ poured from the speakers, it’s time for Anaal Nathrakh. The opening instrumental track from Desideratum thundered through, before Dave Hunt steps up to shriek the start of ‘Unleash’ and absolute mayhem breaks loose. His vocal delivery is incredible, as both harsh and clean soar over the roar of black metal/grindcore madness. The band are an efficiently functioning biological organism, [3] bringing forth a variety of mid-to-latterday classics: ‘Bellum Omnium Contra Omnes’ whips the pit into a fury, while ‘Forging Towards The Sunset’ provides a moment of hilarity when Dave teases a stagediver caught between songs – who then launches into the crowd. One crowdsurfer later on accidentally kicks a spotlight as he goes flying. 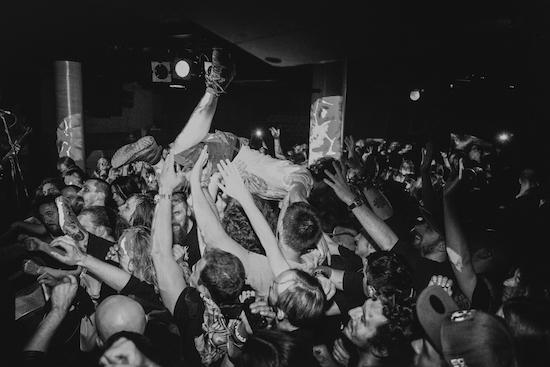 Having seen Anaal Nathrakh multiple times since their 2011 performance in this very venue, this is without a shadow of a doubt the most animated crowd of theirs I have witnessed, and as a result the atmosphere is electric. The interplay between band members and the crowd is sensational – bassist Duncan Wilkins in particular is entertaining as he screams along and pulls faces, and Mick Kenney lets riffs fly as per usual. ‘The Joystream’ gets an airing, with an impassioned speech from Hunt about how 29,000 children die every day from avoidable poverty-related issues. “Isn’t that lovely?” he snarls with dripping sarcasm before the song kicks in. Speaking of newer songs, ‘Depravity Favours The Bold’ also sounds even more bludgeoning than the studio version, and the sweat is dripping from everyone and everything in the venue.

The final run of songs has something for everyone – rare and unexpected appearances of ‘When The Lion Devours Both Dragon And Child’ back-to-back with ‘The Lucifer Effect’ for the more seasoned fans, then setlist staple ‘Do Not Speak’ closes out the main set with its usual crushing dystopian rage. Hereafter something unique happens. Anaal Nathrakh have categorically stated they do not do encores – however, for the purpose of this evening and uncertainty regarding curfew times, they disappear behind the curtain and come back for one final blast: ‘More Of Fire Than Blood’, complete with shredding from Dan Rose and drumkit annihilation from Anil Carrier. [4] Another phenomenal set from the band – arguably their finest yet – and the perfect buildup for The Whole Of The Law to be released later this year. Bring it on. 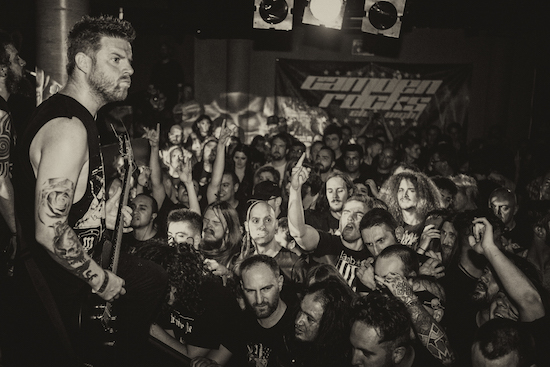 Footnotes
1. My review on Echoes and Dust here and interview with Mick Kenney here.
2. Voices was formed by David Gray and Sam Loynes of Akercocke with Peter Benjamin and Dan Abela after Akercocke split up. In a twist of fate, Akercocke has since reunited.
3. A quote from Dave Hunt in interview with Exclaim! TV [video link here]. It is worth noting for those unfamiliar that Anaal Nathrakh are a duo of Dave Hunt and Mick Kenney, the others are live session musicians.
4. As a sidenote, the crowd got to see more of Duncan Wilkins than they were counting on – what was initially going to be a song dedicated to their friend Shy ended up with Duncan pulling his clothes off. The logic defies us too.