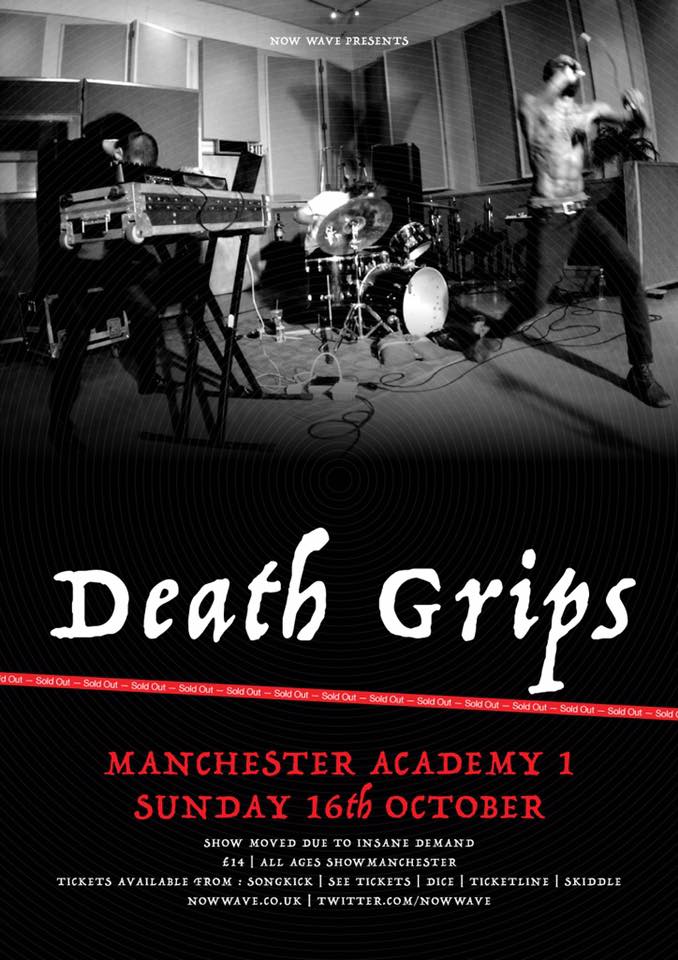 
Death Grips are a band wrapped in mystery; the antithesis to the modern music machine; a smashed mirror to the quintessential world of music. Whether their enigmatic social media presence of circular iPhones [1], their “breakup” note written on toilet roll [2], or their absence at their own shows [3], the band have been endlessly manipulating with their self-image as well as their fanbase. Yet, memes aside, Death Grips produce some of the most visceral, unique, and intelligent experimental hip-hop beats of the 21st century, which have captured both the hip hop and heavy music communities. [4]

Understanding Death Grips themselves is the most difficult part of their music. Sure, tracks like ‘Hot Head’ with its screaming, blood-rushing beats and noisy chemistry, are undoubtedly inaccessible, but the band’s combination of dark lyrical content of Satanic and occult imagery then being juxtaposed with the most bizarre of social media presences makes it difficult to understand if Death Grips are being tongue-in-cheek or making an eccentric social statement.

Either way, Death Grips are constantly evolving, expanding and experimenting. The release of their latest record Bottomless Pit shows the band again pushing boundaries. Welcoming more melodic tendencies with the self-reflecting ‘Eh’ and continuing with IDM experimentation with ‘Spikes’, it was the Death Grips we all know and love, with exciting differences. And finally, they scheduled dates across the UK to witness their infamously chaotic live shows – including Manchester.

Originally meant to be hosted in the smaller Manchester Academy 3 room, the tickets themselves sold out within minutes, which prompted the organisers to upgrade to the larger, 3,000 capacity auditorium. Whilst this bothered a few – being potentially not as intimate as before – the show itself still reached pandemonium levels.

After over an hour of elevating tonal pitch shifts and disjointed rumbles, the band took centre-stage at 9pm sharp. Beginning with the somewhat unusual opener of Government Plates‘ closer ‘Whatever You Want (Fuck Who’s Watching)’, it was a mighty warm up before the rest of the twenty-four songs played end-to-end. No interruptions, no breaks. ‘Bubbles Buried In This Jungle’ began, its screaming, bass-heavy, slamming synth tendencies and infectious chorus hook sent everyone into a whirlwind of sweating bodies, raised fists and screaming mouths. It didn’t stop with ‘Get Got’, the song that created the most cathartic catalyst to pump the audience into chaos. ‘No Love’, ‘Giving Bad People Good Ideas’, ‘Spikes’ and the ridiculously-named Bob Dylan-referencing ‘You May Think He Loves You For Your Money But I Know What He Really Loves You For It’s Your Brand New Leopard Skin Pillbox Hat’ all brought their own sense of organised intensity, while ‘Guillotine’ was one of the most animated sing-alongs I’ve witnessed.

Sometimes the catharsis had awkward pay-offs. ‘Hot Head’s off-kilter rhythms had some perplexed, with Ride’s ‘blo-blo-blo-blo-blo-oh no, hot head’ slightly too dysfunctional to co-operate with for the crowd. Adding a mass pick-pocketing scandal into the mix [5], the show was not without its faults. But even with dehydration and body crushing, the downsides were completely forgotten by the time a trio of closers ‘Lord Of The Game’, ‘I Break Mirrors With My Face…’ and the explosive ‘The Fever (Aye Aye)’ brought Death Grips set to a close of flipped drum kits and the trio’s exit.

There was no encore, no chatter to the crowd, just twenty-five songs of pure, unadulterated madness. When the show finished, and the lights flashed on, everyone stood still. Slowly approaching each other’s friendship groups with a pleasant sigh of relief, (and plenty of ‘holy shits’), it was hard to contemplate what had just happened for the past ninety minutes. Possibly the gig of a lifetime, Death Grips prove themselves as band that should be taken seriously despite the memes and jokes. Their inaccessibility is their accessibility, and their fans are of the most hardcore. It’s not often that you go to a gig with a setlist that long and have every song receive intense sing-alongs. It was one of the best gigs of my life, surpassing all expectations. Sweaty, battering, bruising, and completely and utterly overwhelming.