Devil You Know haven’t had the best of luck on UK shores, with their cancellation of a tour with Machine Head and having to pull out of Download Festival 2016. This has now changed, thanks to their Third Time’s a Charm tour – a name that no doubt pokes fun at this bad luck. Devil You Know – formed in the aftermath of Howard Jones’ departure from Killswitch Engage – rocked up all over the UK alongside Londoners Brutai, Northampton-based Wearing Scars and Oni, the brutal band from Ontario, Canada. If you were lucky enough to catch the tour in action, you were treated to three-and-a-half hours of top-quality metal.

Brutai opened the evening, and it was heartening to see even the opening support act draw a sizeable crowd, for which they showed their appreciation. Most of the crowd didn’t know Brutai’s material, but this didn’t stop them having a good time, as the band put on a strong show. The band’s approach, which combines the catchy, accessible nature of metalcore with the more technical side of the metal scene was great, especially with frontman Felix Lawrie and keyboardist Alex Lorimer working well in tandem for their vocal harmonies. There were a couple of issues with sound – The Fleece’s acoustics have always struggled a little compared to other Bristol venues, particularly with vocals unfortunately.

Slight sound issues notwithstanding, Brutai put on a good show. Felix did an outstanding job of getting the crowd going for a long night of metal, speaking honestly to the crowd about the upcoming bands, the fun they’d had on tour, and letting the fans know they’re appreciated for turning up early goes a long way. I’m sure Brutai left this tour with a lot more fans than they had previously – and well deserved too. 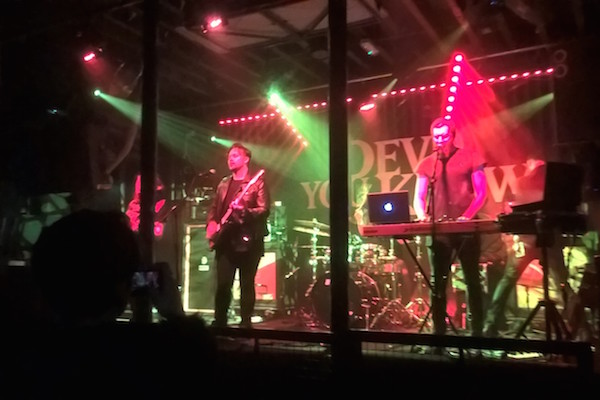 Wearing Scars were also plagued with issues surrounding muted vocals. Again, this is a venue issue, but it didn’t help the band as Chris Clancy’s vocals are as big a draw as Andy James’ (of Sacred Mother Tongue fame) incredible guitar work. They put up with the issue, including Chris to, at one point, ask for louder vocals in the mix – which did sort it out considerably. The high notes were still there, and Wearing Scars picked up where Brutai left off rather well. More of the crowd knew the songs, with ‘Butterfly’ proving popular thanks to an energetic performance from Clancy – it proved the first track that really got people going, with more than a few singing along. This was a performance owned by the frontman, who outshone his skilled band members, who seemed more keen to nail their technical playing than entertain the crowd with any onstage shenanigans. Outshining the insane talents of Andy James is no easy task mind, with riff after riff and insanely technical playing at the forefront of Wearing Scars’ sound. The frontman controlled the audience well, warming them up for the two bands that followed. 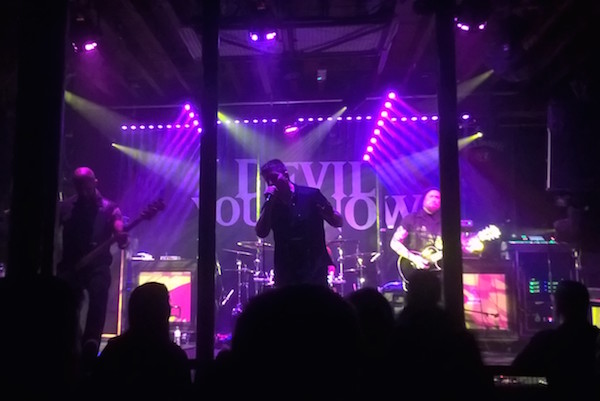 The Canadian sextet Oni took to the stage next, and this is where the night truly took off – this band is mental. The brutality of their sound blew audience members away, even in their more melodic and progressive numbers. Oni look like they’ve been doing this for years, but in reality, their debut record only emerged in November 2016. Their sound is akin to that of Black Crown Initiate, both bands wearing their multiple influences on their sleeves. There’s the raw, brutal sound of death metal in there, the darker touches of black metal, the progressive swirling and innovation of bands like Opeth and the simplicity, melody and riffs of metalcore. The Fleece was more than accommodating for their large stage presence too, allowing all band members the freedom to move and headbang themselves.

The surprise hit of the night, too, was from Oni – Johnny DeAngelis on the unique xylosynth. His performance was full of energy, leaving the stage covered in sweat from head to toe. Oni didn’t struggle with sound issues as much as the previous two bands either, although the vocals were still a touch muted. The level of skill, energy and composure from each members in Oni was infectious, getting the crowd ready for the onslaught from Devil You Know. 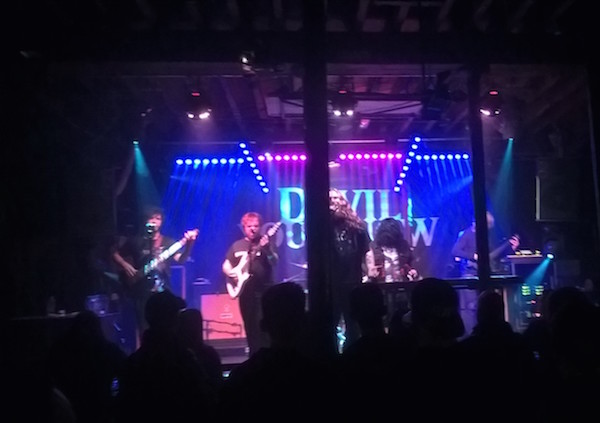 Pits opened as soon as Devil You Know took to the stage, and didn’t stop until the end of the band’s one-track encore – the crowd were mental. Howard Jones, who was visibly beaming throughout the just under an hour-long set, was sent a torrent of hilarious heckles, all of which he responded to in similar fashion – calling one fan out for being a “mouthy one” which has the crowd in hysterics. This was a feel-good set in which Jones was quick to let fans know of his delight of being in the UK. The crowd lapped it up with glee, along with the tracks themselves. The setlist was heavy on The Beauty of Destruction, with six of the ten tracks performed taken from their debut record and only four from their latest, They Bleed Red. It didn’t matter to the crowd one bit, however, as they were too busy collectively having an incredible amount of fun.

It was hard not to have fun. The energy and level of performance was terrific. The crowd was cheering on Jones throughout the show, he is something of a legend for his time spent with Killswitch Engage, and he definitely hasn’t lost his touch. He swaggered across the stage, delivering an incredibly powerful, demanding vocal performance. He owned the stage, and he owned the crowd. Also of note, Devil You Know are much heavier live than on their two albums. Tracks like ‘Consume the Damned’ and ‘A New Beginning’ were astonishingly brutal. Unfortunately, Devil You Know were only on the stage for just under an hour – a short but sweet time spent with the band full of energy and intensity, and something of a new sense of desire, spoken about by Jones between songs. Devil You Know are not to be missed when they visit a venue near you. 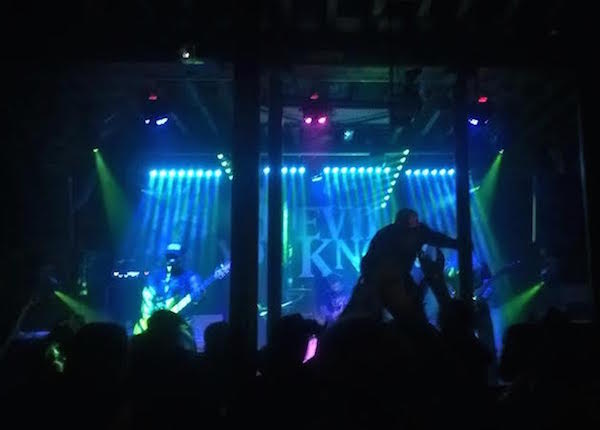 Devil You Know’s Third Time’s a Charm tour provided the UK with glorious nights of expertly delivered metal across a range of sub-genres and backgrounds. Brutai, Wearing Scars and Oni are sure to have finished the tour with a lot more fans than they had before, thanks to their quality sound and brilliant performances, but it is Devil You Know who are the stars of the show. Howard Jones claims he is filled with a renewed optimism and energy thanks to this tour, and anyone who went to any of their shows will no doubt be feeling the same.