Make Them Suffer have teamed with fellow Perth band Cursed Earth and Paris-based Novelists for their European tour, forming a well-balanced line-up of three exciting young bands all on the metalcore spectrum. Several dates in, this Tuesday they hit Manchester’s Rebellion Rock Bar, a small and intimate venue where you can really get up close to some of the biggest prospects in metal.

Cursed Earth had a difficult task tonight, opening at 7.30pm to an almost-empty room, and this was a real shame because they were utterly brilliant. The magnetic stage presence of vocalist Jazmine Luders dominates, her moves, postures and expressions filled with aggressive energy. She faced an impossible task in whipping up a pit at this point in the evening, but her brutality didn’t waver and she performed as if on a much bigger stage. Despite her dominance the band were a coherent unit, the buzz-saw guitar tones bringing a distinct death metal heritage to Cursed Earth’s brand of hardcore. Their short set presented some of the new tracks from their new Cycles of Grief EP. Formed in 2013, in “the most isolated fucking city in the entire world” (as Jazmine reminded us), Cursed Earth are really exciting and deserve a bigger crowd. 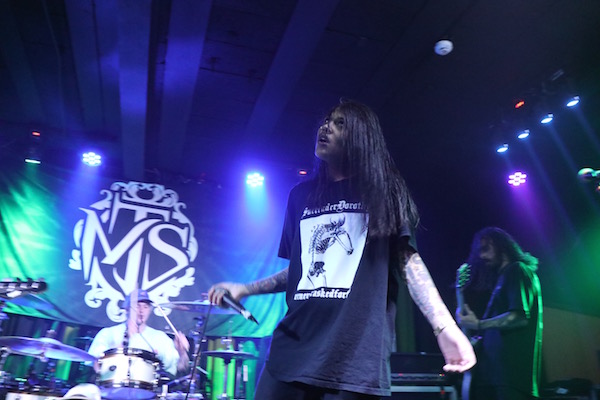 Next up were France’s Novelists, the main reason I came tonight as I’m completely in love with both their albums – Souvenirs (2015) and Noir (2017) [review here]. Novelists play progressive metalcore with a sensitive, delicate edge to the heaviness, and I was interested to see how it would translate into a live setting. By this time the place was filling up, and frontman Matt Gelsomino wasted no time in urging the straggling crowd towards the front, instantly dissipating tension and lifting the atmosphere. He brought a generous energy to the live setting that really added something extra to Novelists’ sound, and his live vocals were gorgeous, effortlessly shifting between clean and growled.

Beginning with ‘The Light, The Fire’, Novelists’ set played a balanced mix of tracks from their albums, including ‘Earth Grazer’, ‘Ourobouros’ and ‘Grey Souls’. Novelists were a man down tonight, with guitarist Charly Kelevra missing, and at the time of writing I’m not sure why that was. However lead guitarist Florestan more than held his own. My gig partner, the king of understatement, remarked that Florestan is “a bit nifty with the old 7-string“, and I can confirm that he didn’t miss a single note of those incredibly complex signature riffs. ‘Under Different Welkins’ was particularly triumphant. However, I really wanted to hear Florestan better, and Novelists had some minor sound mixing issues that also affected Make Them Suffer tonight.

I have seen quite a few metalcore bands struggle to get their sound right in live setting this year, notably Northlane at Hellfest [report here]. Metalcore depends on its melodic aspects to distinguish one band from another and to provide the required atmosphere to the sound – otherwise it’s just syncopated riffing 101. So while Novelist’s backing track (synths, backing vocals and guitar) worked well in bringing the atmospheric elements, I would have liked to hear Florestan’s melodies and riffs ring out more clearly.

Time for Make Them Suffer; by now the place was full and there was a small but loyal contingent of slam dancers. Make Them Suffer have been categorised as symphonic deathcore, their signature feature being the spectral synths that underlie the heaviness. They’ve had a major line-up change this year, losing one guitarist and replacing both bass and keyboards. But the new line-up had incredible stage energy, so infectious that it was impossible not to move along with the band members. New bassist Jaya Jeffery moves like a frontman himself, as does guitarist Nick McLernon. Vocalist Sean Harmanis’ interaction with the crowd was second to none and people were having so much fun at the front that members of Cursed Earth and Novelists came out to join in. 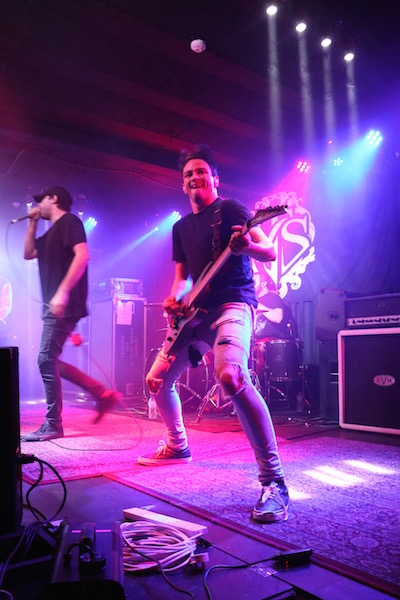 This was a long set – over an hour and with more than ten tracks, the stand-outs for me being ‘Fireworks’ and ‘Vortex’. Sound issues did come up again unfortunately; now while there could be nothing worse than too much keyboard in a deathcore band, I really couldn’t hear new keyboardist Booka Nile at all, despite trying several different places in the room. This was a shame because her contribution, both instrumentally and vocally, is an important trademark feature of Make Them Suffer. 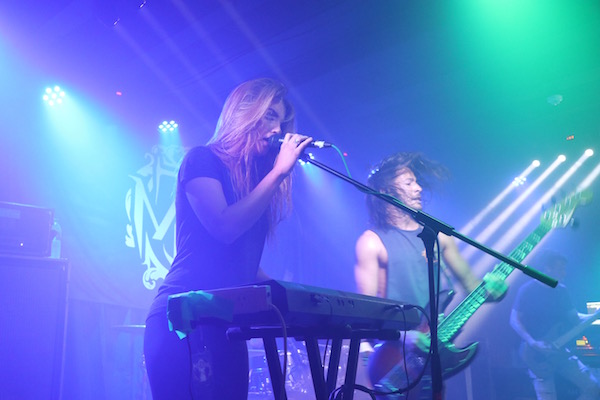 Fortunately, most of us at Rebellion already knew tonight’s music well, so we were able to overlook the mixing issues and enjoy what we could hear. What stood out for me tonight were the stage presence and passion of three incredibly hard-working and innovative young bands. I’m still Novelists’ biggest fan, while Cursed Earth and Make Them Suffer couldn’t have travelled any further from home for this tour, so go and give them your support, you won’t regret it. 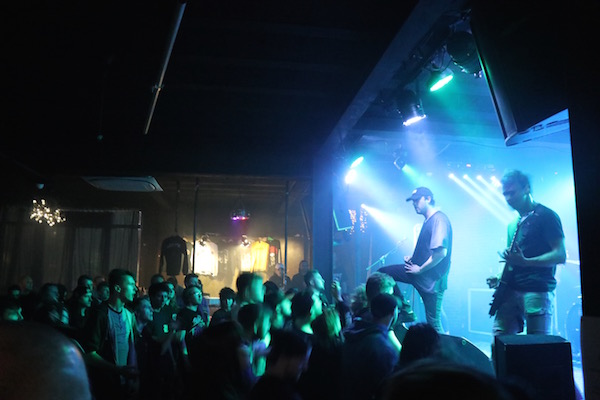 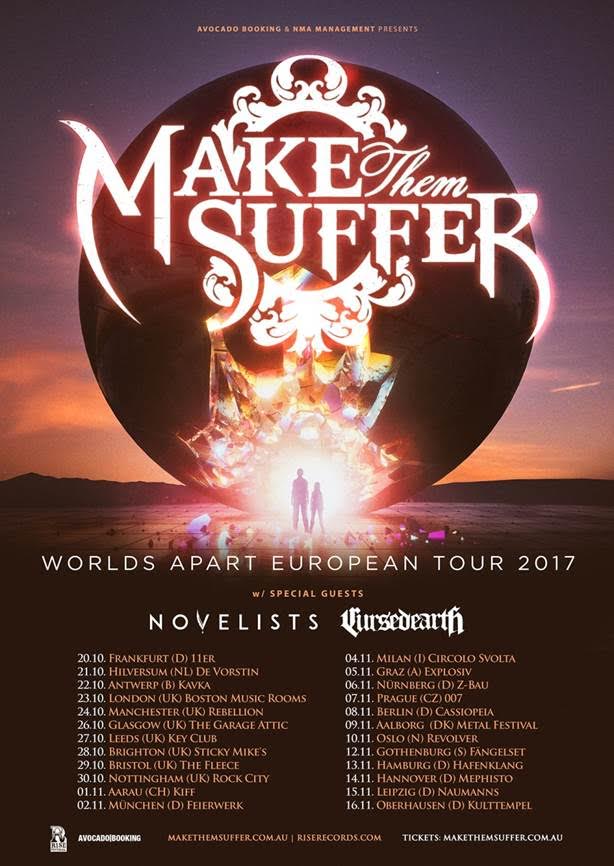