Hailing from the darkened emptiness of the historic Austrasia region (better known nowadays as Metz) of northern France, newcomers Loth have unleashed their self-titled début. Produced, written and recorded entirely by the multi-talented Loth, with vocals provided by FS, Loth is a frostbitten journey through the formula of contemporary black metal.

Channeling the depressive sensibilities of Drudkh and Walknut through the droning walls of depressive guitarwork, as well as – through extensive acoustic interludes – infusing the ever-familiar influence of Agalloch within its icy, depressive soundscapes, Loth weaves a compelling portrait of icy melancholy over its forty minutes. The duo are obviously well studied in black metal, and this is one of the release’s most compelling features; the nuanced combination of the atmospheric/depressive spectra on display is an endearing cornerstone of the release. 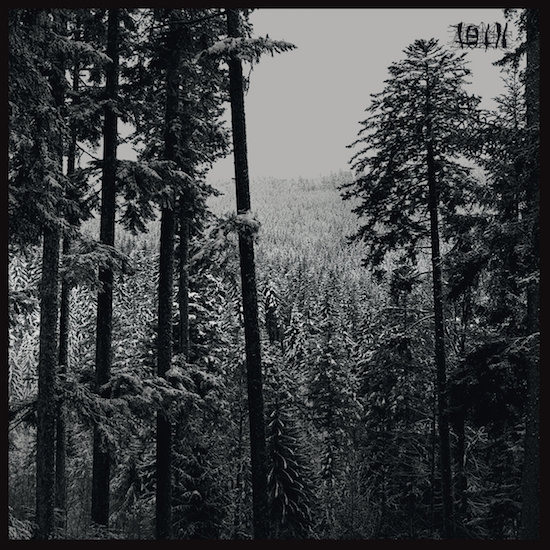 The production work on Loth is also impressive, again born from the duo’s obvious familiarity with the genre, allowing the album’s finely crafted melodies to be experienced in perfect clarity. It’s these masterfully layered landscapes that are the album’s strongest point, but also, on reflection, perhaps its downfall. This familiarity the band bring to the table is of note; whilst the duo seem very much in touch with their respective genre, they also stick to this familiarity rigidly. It’s awesome to be reminded of those first steps we all took into the black metal genre, but everything from the release’s artwork –depicting a snowy forest in winter – through the roaring walls of guitar/synth, to the screeching vocals give off a creeping impression of déjà vu.

Whilst the strength of Loth’s compositions are in no doubt, the depressive atmosphere perfectly crafted, the vocals tortured under the duress of a thousand winters, and its production finely honed, the release feels somehow soulless. There’s something to be said for black metal being rough around the edges – not necessarily for depressive fury to be unleashed via an amp powered by a potato battery – but the issue with Loth is that it’s almost too finely honed, and this, the primal anguish inherent to black metal is somehow missing, the atmosphere lacking beneath a conventional veneer.

Whilst an impressive debut for Loth, the release is one born of duality; its flaws are in perfect symmetry to its successes. Whilst Loth isn’t the most challenging or innovative black metal release of 2016, ears attuned to black metal will find the finely-honed melody and atmosphere on offer endearing. To those familiar with contemporary black metal, Loth will be entertaining if not necessarily captivating.