Without warning, the first track on Mastery’s Valis flings the listener straight into the midst of chaos. At the beginning of ‘V.A.L.I.S.V.E.S.S.E.L.’, there are about eight seconds of screeching violins that drop straight into frenetic riffing and mostly unintelligible growls. This dense noise continues for about six minutes, until the song drops into a brief acoustic section with drums pounding ominously in the background, until just as abruptly the song returns to its crazed-sounding turmoil.

This rather unconventional placement of that acoustic section – as a teasing respite in a 17-minute long track – is emblematic of Valis as a whole. New sounds, new tempos, and new match-ups between lyric and music are thrown at the listener at an almost constant pace throughout the whole record, approximately every 30 seconds. As soon as the listener has something to hold onto, like the blessedly simplistic chords heard just before that interlude, it’s gone.

Valis is the first full-length from one-man act Mastery, a.k.a. Ephemeral Domignostika (also a member of Pale Chalice, Pandiscordian Necrogenesis and Horn of Dagoth). After releasing 5 demos, Mastery signed to San Francisco label The Flenser, known for its sideways approach to metal, constantly challenging the standards of the genre with releases from Botanist, Mamaleek, and Wreck & Reference. 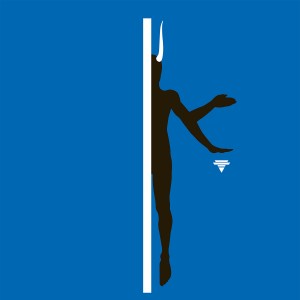 This new Mastery record takes cues from other contemporary experimental acts, perhaps Wold or Sutekh Hexen in their combination of noise and black metal, or fellow one-man act Jute Gyte, [1] who uses a microtonal guitar to reach notes in between the ones listeners are used to hearing. But Valis is alone in its heightening of metal to absolute insanity.

The Flenser refers to Valis as “the most extreme record [they have]ever released.”[2] While the term ‘extreme’ is thrown around much too often with nothing to back it up, a good case could be made for Valis. It exhausts itself. The absolute shredding of Ephemeral Domignostika’s voice over tremolo-picked guitars at the end of the last track, ‘S.T.A.R.S.E.E.K.E.R.’, is almost too much to process after the full album listening experience.

What makes this record stand out is that it works both as a whole and in doses, depending on what one’s goals are as a listener. Each track stands alone as a fascinating piece outside the context of the album, and it’s easier to pick out details when listening that way. During the end of ‘L.O.R.E.S.E.E.K.E.R.’, the song slows its marching pace and the strangely-tuned guitar starts making ominous noises that sound like objects falling out of the sky. The album does have the feeling of a complete whole, though, especially since the track titles line up to spell out the title of the album: VALIS.

The reason Valis is so challenging is that it draws from influences that come from outside black metal, specifically noise, for its sound and approach. Of course, Mastery is indebted to fellow Bay Area black metal bands like Weakling for its sense of epic denseness, but he also released a split record with Matthew Bower’s veteran noise group Skullflower in 2013. [3] Finishing Valis and hearing the jarring silence afterward feels much more like finishing a noise record by Merzbow or Prurient than one by a typical metal band. Even Ephemeral Domignostika’s band Pale Chalice gives its listeners wordless interludes and something like a melody every once in awhile, where Mastery goes for the simply relentless.

One of the best moments on Valis is the end of the first track, where the song slows down and seems to fade out with feedback, until the last 25 seconds where the music comes back, breathless but in full force. The song finally ends abruptly and floats into the longest interlude on the album (two minutes). It seems like a self-aware nod toward the uncompromising nature of the record, as well as an acknowledgement of just how much Valis defies all conventions.