Despite an initial EP as far back as 2007, Sydney-based post-rock outfit Meniscus have been far from prolific since, with just the fabulous debut album War of Currents back in 2011, and a standalone single 3 years later. It is tempting to draw comparisons with fellow Antipodean instrumental rockers Jakob, in terms of their recent history and the substantial gap between album releases. In fact, were we to go ahead and lazily make that association, it would not end there. Meniscus are essentially also a three-piece, with guitarist Daniel Oreskovic, bassist Alison Kerjean, and drummer Alex O’Toole, [1] and inhabit a widescreen, cinematic aural landscape that will resonate hugely, if they do not already, with fans of Jakob.

But to merely label Meniscus as Jakob copyists would be to do a great disservice to this talented band. Refractions, the new album released in October, is one of, if not the best ‘classic’ post-rock album I heard in 2016. Where established heavyweights like Mogwai and Explosions in the Sky continued to distance themselves from the genre through a natural evolution of their sound over time, and a desire to experiment sonically and rhythmically, other well-known artists in the genre released formulaic, colourless, by-the-numbers albums, which ultimately give the impression that they are either going through the motions, or have fundamentally run out of ideas.

The heavier end of the post-rock spectrum is where I found most to get excited about last year, with acts like Kokomo, Au Revoir, The Great Cold and Valerinne sounding as if they really bloody mean it, and delivering all-encompassing, visceral soundscapes, whilst not being afraid to mix things up a bit with occasional forays into unusual time signatures, samples and vocals. 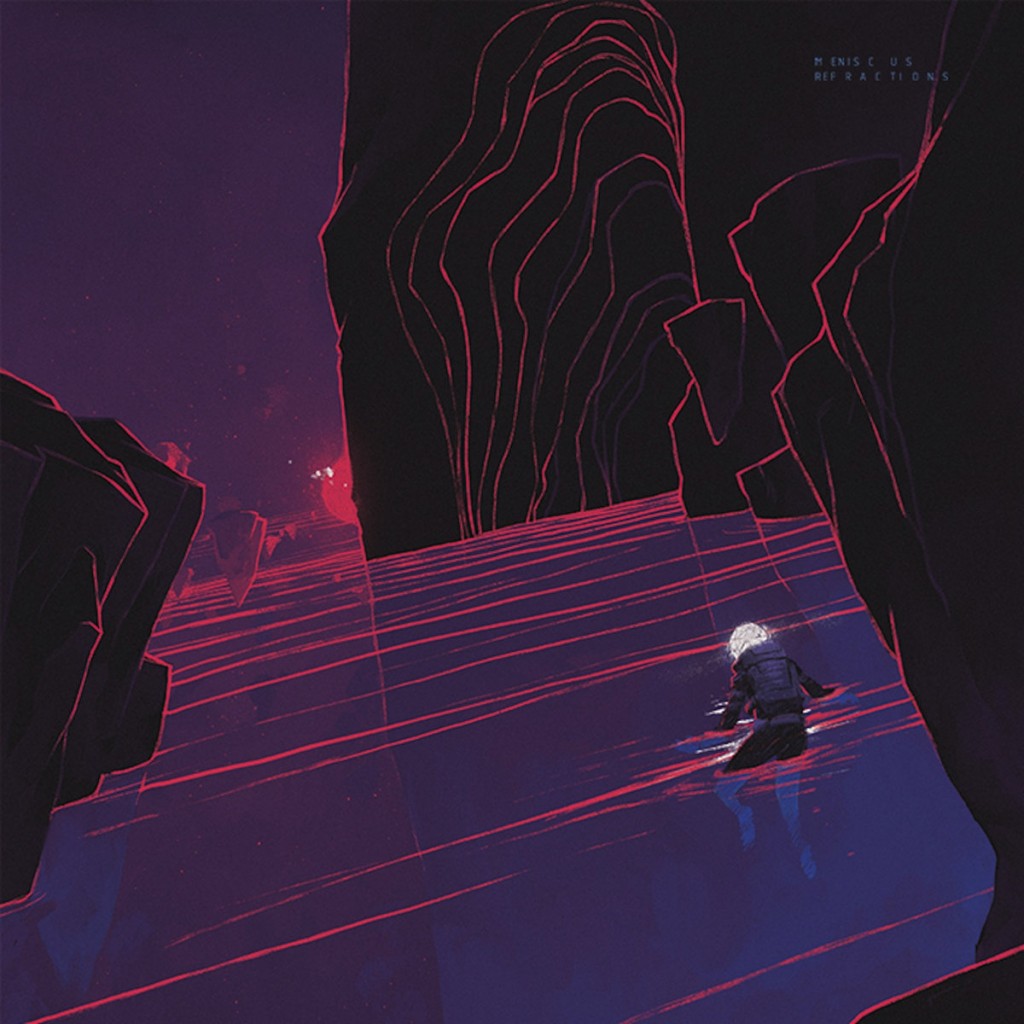 So, having been largely unimpressed by the ‘traditional’ post-rock on offer during 2016 (Mono, Overhead, the Albatross and Yndi Halda being notable exceptions), it was with some initial trepidation that I approached this album. I need not have worried. From the early, droning ambience that starts ten-minute opener ‘Doom’, I knew. Meniscus just sound stunning. Deep, lush, confident and able, and displaying an inherent understanding of how to make instrumental music sound dynamic, emotive, and thoroughly captivating. Too often recently I have found my attention drifting when listening to recently released post-rock albums, but Meniscus bewitched me from the first moment, and they retain this allure for the full sixty minutes of the record.

The aforementioned ‘Doom’ is a monumental beast. The way drums and bass kick in to the ambient swash a minute and a half in provides the opening moment of exhilaration, before Oreskovic hits the pedals and moves the track into the stratosphere. Meniscus are not afraid to incorporate thoughtful, progressive passages into their music, in addition to other experimentations with tempo, expertly riding those power chords, and genuinely providing as much evidence as they can of their supreme musicianship.

One of the undoubted highlights is ‘Overhang’, which has dramatic composition and melody to die for, and an ultimate crescendo which had me involuntarily screaming out “holy fuck!” the first time I heard it. ‘Head Rush’ is very well named – a nagging, skeletal guitar line is gradually submerged in an ensuing maelstrom of colossal noise, before that haunting chord sequence returns as the storm clouds dissipate. The acoustic opening to ‘Fingers’ is a nice departure, as are the sudden blasts of metallic riffs and mathy rhythms that follow, before ‘Daturas’ chimes into view with an increase in tempo, spacey electronics and an arrangement reminiscent of God is an Astronaut, when the latter are firing on all cylinders.

Refractions is both immensely uplifting and intensely dark and foreboding, almost at the same time. The dilemma of the character on the album cover depicts this quite well; marvelling at the innate beauty of what surrounds them, but in danger of being overwhelmed, consumed by it all. If you are a fan of powerful, evocative instrumental rock music, and you do not have this album in your collection, then you should remedy that immediately. Meniscus are at Dunk! Festival in May along with fellow Australian behemoths We Lost The Sea, who between them have released 2 of the 3 best post-rock albums in the last 2 years. See you there.

Footnotes:
1. ‘Essentially’ because visual artist Martin Wong accompanies them on stage when they play live.