Doom is undoubtedly an ever-growing part of today’s metal scene, but given that it is a genre with seemingly strict limitations – slowed speed, menacing overtones and crushing riffs frequently being the norm – it can be tough to be truly innovative within the genre. Regardless, those who follow the genre know that the most galvanising artists are those unafraid to tinker with the established sound. French outfit Monolithe are one of these acts, and with Zeta Reticuli’s 45 minutes comprising the second act of their precisely 90-minute double-album opus, which started with Epsilon Aurigae in December 2015, they’ve proved not just one of the genre’s more ambitious groups, but one of its best.

Like its predecessor, Zeta Reticuli comprises just three tracks, each lasting precisely fifteen minutes. These tracks stay largely rooted in funeral-paced doom, but also provide a panoply of ideas that strike a well-executed balance between moments of soaring melody and those of weighty, devastating metal. Most impressive, though, is the atmospheric profundity the group demonstrate. 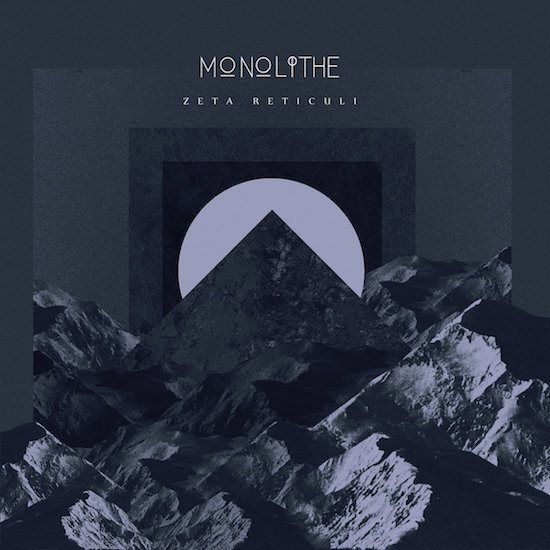 Menacing guitars on moments of ‘TMA-1’ are accompanied by spoken-word sound-bites so malevolently subdued that they create a subtle but inescapable paranoia, whilst solos are used sparingly to infuse the album with emotive expression. Around the twelve-minute mark of ‘TMA-1’, keyboards and sci-fi noises scatter across a bass-led, tension-building jam session, exuding the group’s innate ability to wholly engulf the listener in their mesmerising if often ominous sound. Conversely, album closer ‘The Barren Depths’ showcases some of the album’s instrumentally heaviest moments, but juxtaposes these with clean vocals, bringing a uniquely soulful nature to the track.

It’s easy to compare moments of Monolithe’s experimental sound with other genres, for example, the post-metal smatterings of some of the group’s more poignant moments, their flirtation with dark ambient music or the industrial undertones to some of their more aggressive sections, but in truth these are experimented with only in passing, and act as a momentary by-product of the band’s progressive style.

As the product of a band recently acquiring four new members, the Epsilon Aurigae/Zeta Reticuli double-album is a remarkably well-realised recording. Grand in vision, scope and – thankfully – execution, its second half is a forward-thinking album that effortlessly breaks new ground without ever becoming jarring. Track lengths longer than some TV shows allow Monolithe to broadly explore their vast array of ideas with a surprising lack of filler or drawn out sections of repetition. With this niche double-album, Monolithe have carved out a unique identity and sound, albeit one so esoteric it may never fully draw the recognition it deserves without spending enough time to wholly experience its full mastery.