Despite being a new band, Muscle & Marrow has made an impression on the metal community. Originally a doom outfit, they came onto the scene in 2014, debuting with their album The Human Cry through Belief Mower Records. This was not your typical doom record; it oscillated between rock and deep heavy tones riding on top of a foreboding atmosphere (see: ‘Childhood’ and ‘Madness’). As if their sound is not enough to make them stand out, they are a two-person band, with Kira Clark on vocals and guitar and Keith McGraw on drums and sampling (the two also happen to be a couple). Their second album Love is another testament to their uniqueness, although not in the way you would expect a “metal” band to progress.

Love kicks in with ‘My Fear’, immediately establishing their new sound. The first track set the stages for the rest of the record, as the guitar takes a back seat and the electronic tones and McGraw’s drums come to the forefront. The song also showcases Clark’s poetic songwriting, with lines like “I still don’t trust the old/sad machine of the self” and “no one needs to love me/Earth itself will hold me.”

The lyrics of Love are evocative and tragic, even when they seem repetitive at first listen. ‘The Drooling Mouth’ initially just sounds like a cry to be loved, but with lines like “choking light of love”, “dripping milk of love”, and “the drooling mouth of love”, it is evident that is an all-encompassing love, even when it is painful and sorrowful. Clark wrote the album after the passing of her grandmother, and the grief it produced can be felt here. Meanwhile, ‘Womb’ is about returning to mother and the safety she provides, and ‘Sacs of Teeth’ expresses anxieties about aging (“The jawline of my face/it violently changes shape”). ‘Bereft Body’ is a direct reference to her lineage (“My blood is my grandma”), and the tone of the track remains melancholic as it slowly swells into static. 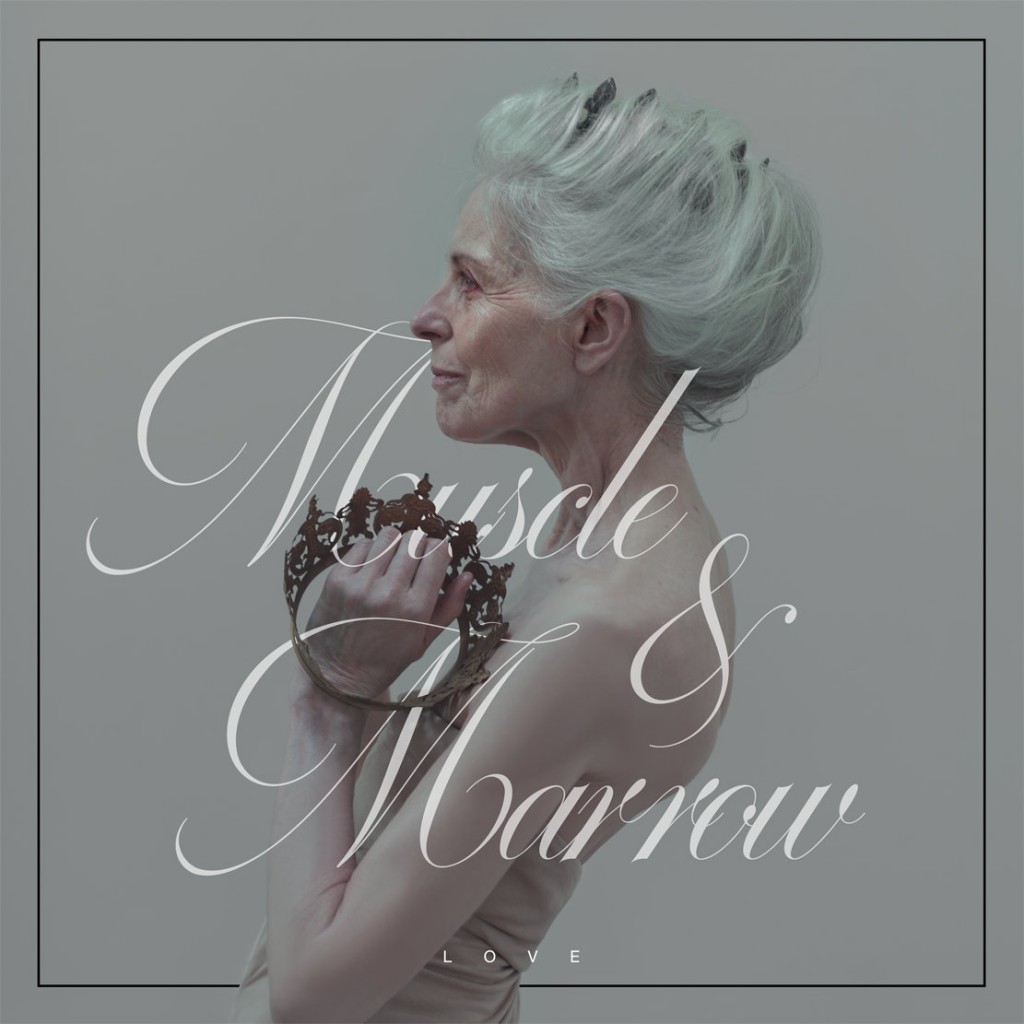 As aforementioned, the majority of the tracks utilize little to no guitar, electronic noise picking up the slack. The beginning of the track ‘Black Hole’ evokes a funeral march using low strings and massive drum beats. Most of the guitar work is reserved for the album’s finale and heaviest track, ‘Light’. The sampling is the more experimental aspect, as occasional layered vocals and chanting married with Clark’s style of singing that create a hypnotic listening experience. McGraw is not an especially technical drummer, but this does not impede their sound. His heavy-handed drumming and slamming cymbals serve to create build up before bursting into the song’s climax (most evident on ‘My Fear’). With the guitars subdued, McGraw’s dynamic drumming is what drives all of these elements home.

There will be several points of contention for any metal fan new to Muscle & Marrow. First, the vocals. Clark’s singing can best be described as eccentric. She possesses a wide range, sliding from one end of the spectrum to the other in the same line. Second, is the band’s aesthetics. Love’s cover art is very un-metal; an aging woman holding to her chest the crown she once wore. Contrast this to the art of The Human Cry – an abstract painting of various shades of black and gray – and the change from their first album to the second is fairly evident. Even the band’s photos and website are filled with glitter and pink.

“Any time someone thinks they understand or thinks they can pigeonhole us into something, I push against that…on The Human Cry, I was young, artistically speaking, and I was influenced by a lot of other bands and people around me, and I don’t think the witchy aesthetic was very original. I think subversion feels inspiring, and right now what feels subversive is pink and flowers.” – Kira Clark [1]

Fans with rigid tastes are often skeptical of any bands that do not fit in a certain box, and Love is in a box all its own. Lyrically and visually, this is very much a feminine album (most indisputably in ‘Light’), and a small narrow-minded minority repelled by a feminine presence in the scene will take issue with it. The album also serves as an extension of the sad human element in The Human Cry, but the sound itself that they established on their debut effort has not crossed over. The duo are determined to evolve and it seems unlikely they will remain with a foot in heavy music. But music fans that are constantly on the lookout for something interesting and eclectic will find something to like about Muscle & Marrow.