Just a few years back, I was quite heavily into djank, or duh-jont, or whatever the kids call it these days (fine, I’ll stop pretending I’m old now) which at the time was a huge internet phenomenon – it was basically the Rebecca Black of metal. I eventually moved on to different things, a change which was forced upon me as I started my work as a producer with artists from various backgrounds, thus my musical tastes suddenly diversified into a much broader spectrum. This meant I slowly started to lose interest in the scene, and never really bothered to check out any new artists, some of whom became relatively successful, but – more importantly – some of whom were actually good.

Sadly, Neberu was one of these bands. I say sadly, because their début Impulsions EP has been out for just under a year now and it never even showed up on my radar. I was just introduced to them as a “djent-esque” act and I have to admit, I approached the invitation to listen to them with low expectations. One of the reasons I veered away from the community was that almost everyone on the internet with a guitar and a recording interface (and before you ask, yes, that includes me) tried to follow a proven successful model without the actual ability to write a song – think all the 000-0-000-00-000-0-0 riffs with “Milton Cleans”[1] and sterile production. And then I listened to Neberu.

Bloody hell. Turns out I’ve been living in a cave for years, and I’ve been missing out on so much. The EP is fantastic, in both songwriting and production, some of the best I’ve heard from the entire metalcore scene in a good while – dare I say better than some of the significantly bigger bands out there. They definitely know how to play all the cards in the metalcore sleeve just right, starting with the intro ‘Blacklight’. The spoken word excerpt and the ambient synth work create a deep sense of tension, and th-

…as I was about to say, the sub booms are definitely well-placed, and at no point do they feel excessive, unlike the way numerous other bands tend to use them.

Interestingly, there’s a distinct scent of that progressive perfume everyone likes to spray onto their “genre” label, but fortunately it’s not overpowering. Unlike many others who have tried and failed, Neberu keep it simple and to the point in a standard 4/4 fashion pretty much all the way through the EP, and the guitar melodies have a well-defined comfort zone without excessive variation throughout a song. I find this rather refreshing mainly because it works – I was pretty much hooked halfway through the first song, and I’m willing to bet I’ve probably passed the 10th album play-through mark before I even started writing this. 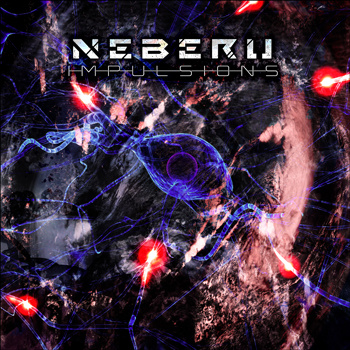 The metalcore genre seems to naturally attract mixed opinions – because we all know how elitist the fan-base can be. You’ll get to a point around halfway through the record, towards the ending of ‘Decompressed’ to be precise, and hear what is possibly the 3rd breakdown that sounds exactly like the “djenty”, aggressive open string palm-muting breakdown formula I described earlier. Fortunately, Neberu likes to keep their songs catchy enough so that this repetitive feeling doesn’t happen too often. On the odd occasion when it does, the breakdown shortly leads into an insane high-string lick reminiscent of Joshua Travis’ (The Tony Danza Tapdance Extravaganza, Glass Cloud) style, perhaps to distract from the breakdown.

And while we’re on the subject of guitars, the lead and the clean parts are beautifully executed, with the accompanying rhythm sections playing interesting chord voicings with crystal-like clarity. I particularly enjoyed that little touch of originality at the end of the aforementioned song where they recorded the noise of a guitar lead being fiddled with whilst being plugged into the amp. Similarly, the drum parts are well-written, branching out from the standard approach of the kick-drum following the guitars, and the addition of blast beats is always welcome in my books. The bass doesn’t stand out too much musically, though there are a few points throughout the album where it slides into a breakdown, which always gets me excited for the next section of the song no matter how many times I’ve heard it before. As a bonus, the bass guitar is well-mixed, something which most bands seem to have forgotten about recently.

I’m still trying really, really hard to find something about this EP that I don’t like. The vocals are perfectly balanced, with the right amount of both harsh and clean, and no sign of excessive pitch correction. I didn’t even mind the gang shouts that somehow reminded me of Bring Me The Horizon. I even tried thinking about whether the filler/electronica sections feel unwelcome and out of place, but they just don’t.

I think Neberu might have just brought back some faith in the metalcore scene for me with Impulsions, and what’s quite odd is that they didn’t do it by ticking all the boxes, but instead by avoiding all the pitfalls that many other artists have succumbed to. These German lads are definitely onto something here, and if the EP is a taste of what’s to come, I’ll definitely be looking forward to their next release and seeing them live, whichever comes first.

Footnotes:
1. A distinct clean guitar sound developed by bands in the Milton Keynes metal scene, introduced by Fellsilent and further popularised by TesseracT and Monuments amongst others.

Trying my hand at writing. Consider this a disclaimer.