There’s a certain amount of interest that dedicated listeners invest in investigating the past. The experimentation of yesteryear becomes the standard of today. As such, genres evolve, whether their fans want them to or not. Thoughts like that kept swirling in my head over and over as I repeatedly spun the début Pale Chalice album Negate the Infinite and Miraculous.

With the expansion of black metal as a genre getting added into seemingly every extreme form of music, it’s understandable, and to a degree forgivable, that the elitists want the genre to themselves. Pale Chalice is a band that will appeal to both sides of the spectrum. On one hand they have the blasting skills that the kvlt have come to know; the band writes some furious guitar sections. However, where they truly shine in in the moods they manage to evoke.

“Through Vexed Veil” sets up the listener perfectly. Its melodic guitars playing call-and-response give the piece a new school feel with how clean the production feels. The entirety of the album never abandons this feeling. Sure every instrument is easy to hear (even the bass) but Pale Chalice never feel…pretty. A fierce suffering follows every song, showcasing the brutality that the band can muster into songs. Other tracks like “Bound by Intransigent Flight” capture the best of both the melodic and fierce. When the guitars of Oram Evad and Baneist Nonrutin wail the song gives way and you fall deeper into a void. 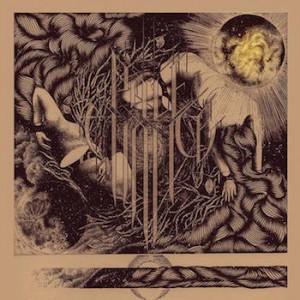 Where Negate the Infinite and Miraculous succeeds the most is in its ability to push out an ‘old school’ feeling. The guitar punches, the excellent drumming of Masthantric Nodrab and vocal/bass assault of Ephemeral Domignostika evoke plenty of the old Taake catalog with dashes of Paracletus-era Deathspell Omega. One of the album’s best songs, “Fragile Bones Cradling Tallow” is a raging piece that hardly lets up. It’s when the switched up guitar leads come in that Pale Chalice strike some, well, notes with the newer school approach.

If there’s one thing that Negate the Infinite and Miraculous is guilty of, it’s having a tone that makes the whole album sound samey. Call it a strength if you’re into an album that never stops throwing right hooks, but there are plenty of times where I stopped and wondered which song I was on. However, the album still is downright excellent. Even taking individual songs, stopping for a bit to individually digest their contents rather than push on full force, I can say there are no bad tracks on here. Every one of these has a great craft, they just don’t vary much from one to the next. It’s a moody, relentless assault.

In the end, Pale Chalice have written a really, really great record here. All the songs are excellent despite the samey feel they can have. Kids of the kvlt might have a problem with the clean production, as this album does not sound or feel raw on any scale, but I won’t hold that against it. The band perfectly weaves together a somber mood while keeping themselves in kill mode. Negate the Infinite and Miraculous is a burner of an album and after about twenty listens I’ve yet to tire of it. So get out your corpse paint, spiked chains and bullet belts, raise your horns and get ready to rage.