Trending
You are at:Home»Features»Premiere: A Peste – ‘Cauterizado Pelo Sol’
By Chris Luedtke on August 31, 2017 Features

When people think of Brazil and metal, a lot of them point to the legendary Sepultura, maybe even Sarcófago or Holocausto. But if you’re anywhere north in the world, chances are you aren’t coming by their bands unless you’re seeking them out. So, here’s a nice helping of crusty, d-beat/grind from A Peste out of Brasília, Brazil, and we’re proud to premiere ‘Cauterizado Pelo Sol.’

‘Cauterizado Pelo Sol’ is only a taste of A Peste, but damn is it a blaster. Immediately following a few snare hits the band dive into full gear. A punky d-beat drive keeps things moving forward, like A Peste is trying to open a circle pit in your room. However, the second section of the song gets to blasting. The screams get more violent and the drumming gets more intense. It sounds like something off a recent Napalm Death record. The energy is constantly kicked up until the song closes. We must also point out the record is an exceptionally diverse listen, so if you think this is all the band have to offer, be prepared to be proven wrong.

Get ready to rage.

A Peste has also recently released their debut album Subterrâneo. It is available on their Bandcamp here. The band are on Facebook here. 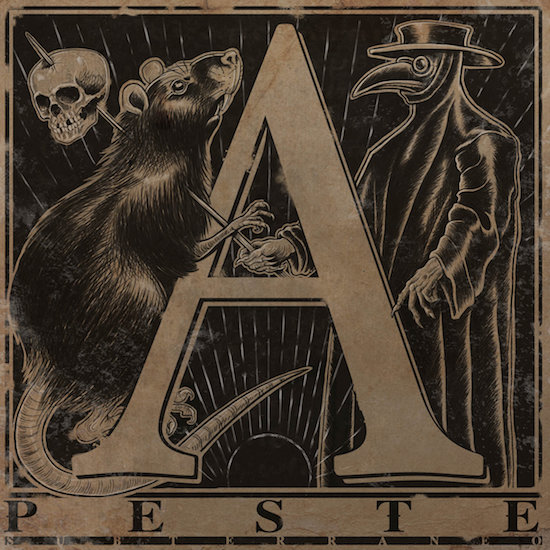