Trending
You are at:Home»Reviews»Hardcore»Retrospective Review: Pageninetynine (Pg.99) – Document No. 7
By Stuart Wain on September 19, 2017 Hardcore, Reviews

An accusation often levelled at the hardcore scene is that it is very musically conservative, filled with bands who play it safe, emulating genre-defining releases by Minor Threat, or Sick Of It All, or Earth Crisis from years gone by. Whilst there are plenty of bands guilty of such overt hero-worship, it’s not something unique to hardcore – and nor is it true. For a brief period around the turn of the millennium, some of the most creative, exciting, convention-defying rock music to be found was being made by hardcore bands, and few did so with more passion and talent than Pageninetynine (Pg. 99). Whilst their early demo and split releases showed strong hints of this creativity, and their first full-length Document No. 5 was an absolute triumph, it was with Document No. 7 that they really began to showcase just how creative they were, and how far the limits of hardcore could be stretched – something they would continue to do until disbanding in 2003 (how many other hardcore bands can you name that wrote a waltz? [1]). Originally released in 2001, it’s now been reissued to coincide with a run of reunion tour dates with Majority Rule, helping make this landmark album easily available again. 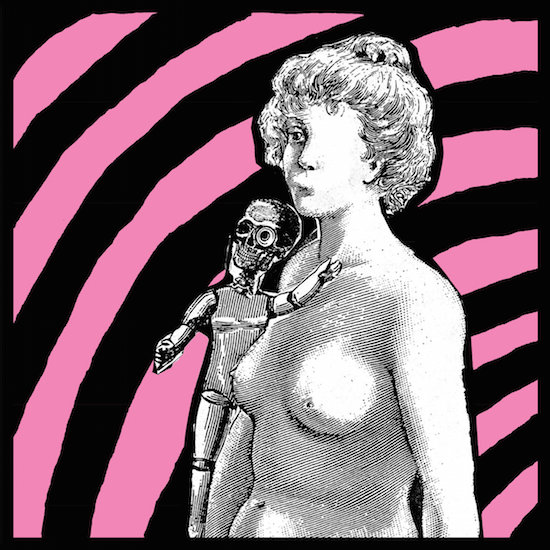 The first thing that jumps out about Document No. 7 is the track lengths. The opener, ‘Living in the Skeleton of a Happy Memory’, is almost eight minutes long; and closer ‘A Sonnet to Both Ugly and Murderous’ is eleven minutes in length. To say that such lengths are unusual for hardcore is an understatement; but it’s also notable that they bookend much shorter tracks, with ‘Del Mundo Llena del Rocio’ and ‘Love Goes Tisk… Tisk… Tisk…’ being roughly a minute long each; and ‘The Mangled Hand’ is four minutes long. Pg. 99 had already experimented with longer songs – Document No. 5 closer ‘By the Fireplace in White’ is over eleven minutes long – and there’s some similarities between that song and these; the tracks possess a building tension that eventually gives way to a cathartic explosion (something Pg. 99 members Brandon Evans and Kevin Longendyke would go on to explore further with the excellent City of Caterpillar); but there’s also notable differences. The longer tracks on Document No. 7 are less repetitive, having a greater sense of narrative flow, and a less oppressive aura to them; sure, there’s still a considerable sense of anxiety and aggression (as there always would be with Pg. 99’s music); but if anger and darkness were the primary emotions in their previous releases, Document No. 7 is where Pg. 99 also brought a sense of vulnerability to the fore along with their creativity.

Whilst this aspect of Pg. 99 is most evident on the longer songs – with the octave chords and palm-muted leads on ‘Living in the Skeleton of a Happy Memory’, and plodding tempo and mournful lead that opens ‘A Sonnet to Both Ugly and Murderous’ being obvious contributors to this feeling – it’s also present on the shorter songs. ‘Del Mundo Llena del Rocio’ features anxiety-inducing leads and panicked vocals, whilst the repeated central three note riff of ‘The Mangled Hand’ speaks of emotional vulnerability; and the almost ambient soundscapes the song moves in to during the second half are unsettling for how starkly they contrast with the surrounding music, with the gentle drone and occasional hints of guitar taking on an uneasy quality that they would otherwise lack, especially when they are joined by the snare drum and cymbals which are struck with increasing violence as the final minute progresses.

Even so, there is still a lot of aggression and violence contained within Document No. 7. ‘Love Goes Tisk… Tisk… Tisk…’ is the most direct track on the record, its 70 second duration flying by in a flurry of guitars, furious drumming, and desperate vocals; and ‘Del Mundo Llena del Rocio’ directs its fury in all directions. The final track also packs in moments of violence comparable to those which characterised Document No. 5, most notably around the six minute mark – but even then, it’s not long until the band move in a more vulnerable direction, with the melodic closing minutes of the song being one of the album’s best movements, and hinting at what the band would go on to do with Document No. 8 closer ‘The Hollowed Out Chest of a Dead Horse’.

I’ve sometimes felt that Document No. 7 is the overlooked album in Pg. 99’s discography – it doesn’t have the immediate rush of violence that the rabid Document No. 5 does; but nor does it possess the (relative) accessibility of Document No. 8. It also doesn’t posses a single stand-out song – whilst those albums had tracks such as ‘My Application to Heaven’ (from Document No. 5) or ‘Punk Rock in the Wrong Hands’ (Document No. 8), Document No. 7 doesn’t have that same short, hook-laden track to latch on to as an obvious point of entry – and that’s something that can be very helpful when listening to records for the first time by a band this aggressive and creative. But despite this, it’s arguably the most important album of Pg. 99’s short career, marking the point where their creative, genre-defying sensibilities came together with the more aggressive side of the band, resulting in something that, even now, sounds unique and invigorating. No one has really picked up where they left off, creating hardcore that is emotionally vulnerable and violent, whilst also stretching the definition of what hardcore can be to its very limits. They’re a band that mean so much to so many, and even if Document No. 7 might not be their best work (or you may think it is – there’s no wrong answer to the question “which is the best Pg. 99 record?”), nor their most accessible for newcomers, it’s still a superlative album, and makes the majority of other music sound safe, tame, and depressingly predictable.

Footnotes:
1. ‘The Lonesome Waltz of Leonard Cohen’ was originally released on Pg. 99’s split with City of Caterpillar, and is also available on the Document No. 14 “Singles” compilation, and the digital reissue of Document No. 8 as a bonus track. Bandcamp link here.