Since 2006’s Akeldama, The Faceless have only release two albums (Planetary Duality, 2008 and Autotheism, 2012 respectively). Another five-year gap has preceded this release, In Becoming a Ghost. One could question whether so many member changes have contributed to these regular fallow periods. The Faceless are on vocalist number two, drummer number four, and back on their original bassist via another two different ones [1].

Over this period of time, The Faceless have gone through a process of evolution, yet always existing on a scale between technical death metal and progressive metal. More recent albums (In Becoming a Ghost, and its predecessor Autotheism) march towards the latter. With this latest release, The Faceless have delivered an album which feels in many places more like Autotheism Part 2 rather than a statement of a band finding their place in the music scene. The key question to answer, therefore, is whether this a band who have found their niche and are honing their sound, or one who has lost momentum and does not have the creativity found in previous releases. 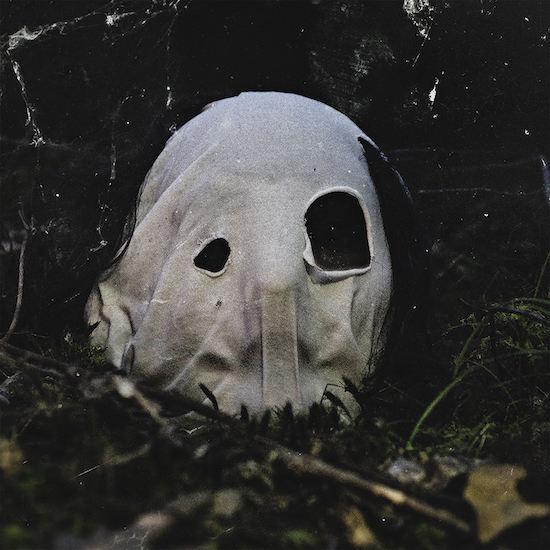 Amongst these ten tracks there are notable shifts in formula. What is strikingly different from prior albums is the black metal feel in places – contributed to by new vocalist Ken Bergeron operating at a higher pitch than had been seen from previous vocalists (particularly Derek Rydquist) – which is a welcome tonal shift and provides a greater range of dynamics throughout the album. However, another key change between In Becoming a Ghost and its predecessor is that the production is a lot more treble heavy – for instance in ‘Cup of Mephistopheles’ – and from my point of view of lower quality. It highlights Bergeron’s higher range which certainly adds clarity when placed over complex instrumental lines, yet can make the screams feel grating when feeding directly into to Michael Keene’s extremely smoothly produced clean vocals. It should be noted this is not to the point so as to detract considerably from the listening experience, however it is noticeable when going from previous releases to this one.

Unusual items (such as a flute solo in ‘Digging The Grave’) add a talking point, but do not contribute to the quality of the album, though there are surprisingly few occasions across the album where the writing reaches out and tries something new. Immediately following that track on the album, ‘Black Star’ has no such gimmicks and yet is a considerably stronger offering. What is also a notable positive part of the album is that Michael Keene’s excellent clean vocals are present here as they were at the forefront in Autotheism, and add character and what is now a very distinctive part of The Faceless’ sound. [2]

However, when the vocals are not present (and occasionally when they are!) during the quieter moments of the album there is an almost identical feel to Autotheism – you could forgive yourself for mistaking which album a track is from if listening in the background. In areas this is a great strength of The Faceless throughout their whole discography – as they have honed an identifiable sound, and the strengths of their relentless technicality balanced with groove can be found on In Becoming a Ghost in abundance. The aforementioned ‘Black Star’ really is the standout track on the record, providing a peak example of the qualities one would expect from a The Faceless song.

Likewise, the spoken word parts which have cropped up throughout The Faceless’ discography (see ‘Hideous Revelation‘ on Planetary Duality and ‘Hail Science‘ on Autotheism) are present here again and still add nothing, feeling juvenile in nature and not something I would expect a band entering the second decade of their existence to employ. Phrases such as “You may exorcise me, but know that I will haunt you forever“ (and indeed the whole intro track) are something more to be expected from a local deathcore band. Commencing as if the start of a deep concept album, In Becoming a Ghost offers little to continue the scene set by the monologue delivered over the opening track – meaning that halfway through the first song it is forgotten and feels out of place.

As much as parts of this review seem critical, In Becoming a Ghost is enjoyable and I believe it to be a strong album within The Faceless’ almost unique niche of blackened prog-death; yet it is tough to shake the feeling that it does not reflect 5 years of work, and that the band do not meet the high standards of progression they have previously set themselves. Existing fans of The Faceless will enjoy the album, but it could have been so much more – In Becoming a Ghost is treading water rather than moving forwards.

Footnotes:
[1] Their member chart on Wikipedia makes for interesting viewing; note also Michael Keene’s increasing responsibilities in the band.
[2] A cover of Depeche Mode’s ‘Shake The Disease’ offers a particular opportunity to demonstrate this.