I’m going to be perfectly honest, when I read that Haze of Summer describe themselves as “Hipster Black Metal”, I made up my mind that I was going to hate their album, Znoi, on principle. Then I listened to it and changed my mind completely. This record is simply glorious, combining all the best aspects of post-black and DSBM characteristics with incongruous field recordings, samples and electronics to craft a truly exciting and wholly unexpected album. 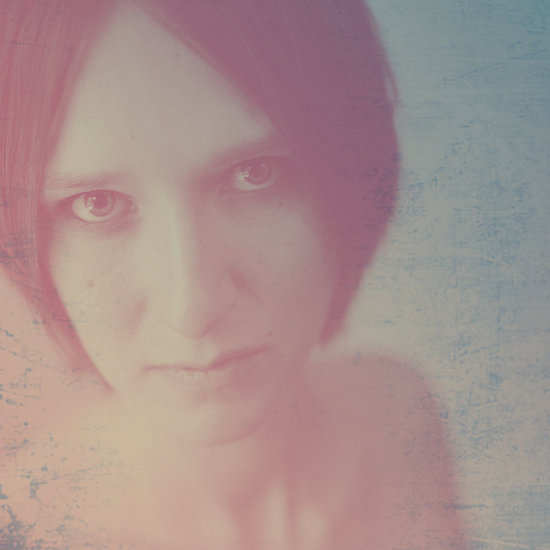 The whole concept of post-black, more than just this “hipster” appellation, is what could put off the trve kvlt audience, however: this core fanbase of black metal seems stuck in an inappropriate nostalgia for the underground days of ‘zines, tape trading within small, elite circles. It is all too easy to forget the extremism that went hand-in-hand with these attitudes, however – church burnings and murder being the most obvious examples thereof. Post-black, however beautiful the music may be [1] does tend to gloss over this anger and extremism, moving from the religiously and politically loaded [2] anthems of the late 80s and early 90s to other, more universally accessible themes. Is this a bad thing? Not at all, musically speaking, but it does detract from the theatricality and unique aspect of metal history that defines so much black metal. This also begs the question of where black metal ends and post-black begins, though – with the splintering of the genre into so many sub-sub-categories, the foundation of the kvlt does seem a bit fragile: even scene favourites like Dimmu Borgir bear the brunt of fans’ dissatisfaction with how far they have strayed from their roots with almost every album they release, yet they still sell stacks of records.

Haze of Summer have simply embraced this shift – while still black metal at their heart, they have evolved to being more tolerant of other musical genres. The abundant use of electronics (while nothing new in black metal, considering acts like Aborym, Dodheimsgard or Mysticum) is evidence of this, such as the borderline Hi-NRG techno overlaid on the outro of ‘April’, or the ridiculously catchy keys that form the major theme of ‘June’. The incorporation of clean classical guitars and accordions (gorgeously arranged into ‘August’), as well as the previously mentioned field recordings and “conversations” (such as the introduction of ‘June’) all add depth and variety to what could easily have been just another post-black album. The incongruity of the recorded samples calls to mind – quite favourably, I might add – one of the finest example of DSBM, Sweden’s Lifelover, whose short discography nevertheless stays relevant and innovative, precisely because they managed to use the unexpected and avant-garde to their advantage in their compositional process [3]. They have also strayed pretty far with their album artwork, following the soft pink theme started by fellow post-black-ers Deafheaven on 2013’s Sunbather.

This DSBM overtone is one that stays with me throughout the album; the oscillating shifts in mood, the dependence on atmosphere – even the dominant use of bass-led melody providing foundation for key-based ambience – all check boxes on the textbook “how-to” list of DSBM tropes. Even the album concept, the six-month period removed from time, speaks of sadness and regret. The only weak point for me is the vocals, though: apart from the great shift into a chorus of voices on ‘June’s coda, or the chanted rhythm of ‘July’, the vocal performance, while powerful, is not as varied or as anguished as the likes of Psychonaut 4, Happy Days or Ghost Bath achieve. That said, the subject matter itself may be fairy depressing stuff, but my Russian is non-existent, making the vocals more of a textural instrument than a communicative one.

So I must admit, it is refreshing to listen to a black metal album seemingly free of conflict, hatred and extremism, where even the album single translates as more of a black metal ballad [4] than a paean to stark pagan wildernesses, but it does feel a little odd, deep down. Znoi is a thoroughly enjoyable album, and definitely one I will revisit, but it isn’t quite as satisfying a listen as post-black releases like Agalloch’s The Mantle, Myrkur’s M or Wolves in the Throne Room’s Celestial Lineage that don’t stray quite as far from the black metal mould as Haze of Summer do.

FOOTNOTES
1. I make no secret of my deep affection for South Africa’s greatest post-black export, Wildernessking.
2. Liverpool’s Dawn Ray’d, for example, may disagree with this statement, as they proudly wear their leftist philosophies on their battle jacketed sleeves. See this live show as an example.
3. ‘I Love (to Hurt) You’, off the Erotik album illustrates this.
4. As opposed to, say, Gorgoroth’s Satanic love song, ‘When Love Rages Wild in My Heart’, off 2000’s Incipit Satan album.