Trending
You are at:Home»Reviews»Hardcore»Hundred Suns – The Prestaliis
By Neil Criddle on October 17, 2017 Hardcore, Reviews

The Prestaliis is the debut record from newly formed Hundred Suns, a product of supergroup proportions including Cory Brandan (Norma Jean), Ryan Leger (Every Time I Die) and Chris Le Masters (Dead & Divine). From the get-go, you can hear Cory’s very distinctive vocal style all over this project – antheming singing that conveys huge layers of emotion and aggression in equal measure.

Throughout the record there’s a very distinctive vibe of radio-friendly catchiness but an underlying tinge of progressiveness which takes the music into more post-hardcore territory. So while there are elements of Hundred Suns’ music that seems familiar, there’s also enough variety to keep pulling you back for more. Lead single ‘Bedburner’ is a prime example of this, with an incredibly catchy and melodic chorus battling for supremacy against a thoroughly intriguing staccato guitar riff and rumbling rhythm section, all of which delivering mass levels of groove. The final third of the song dials up on aggression and technicality, which will no doubt incite numerous mosh pits in the live arena. 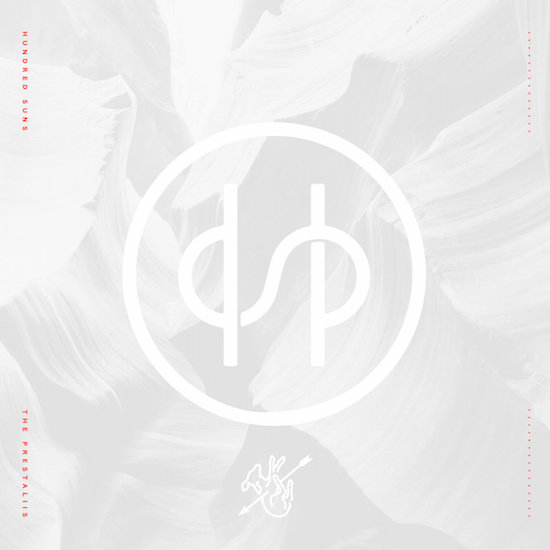 While comparisons with Every Time I Die may not be as easy to come by as Norma Jean or Deftones, ‘Amaranthine’ does ramp up the progressive element of the band with some clever song writing fuelled by the mixture of light and dark sonic arrangements. The interchanging balance between simple and technical guitar riffs also gives the song something quite unique and utterly compelling, while the beatdowns between verses are one of the key highlights of the album. ‘The Prestaliis II’ closes the album out and leans largely on some of the heaviest vocals on the record with some of their, by now, trademark catchiness. A more aggressive, up tempo version of the opening track (‘The Prestaliis I’), it’s a perfect way to sign off an incredibly polished and interesting record.

Fans of both Night Verses’ and Norma Jean’s emotive post-hardcore output will find heaps to enjoy on this release. Chief among this is a refreshing, progressive alt-rock style infused with metal –
Hundred Suns have created something that is largely inventive and thought-provoking. What is predominantly a side-project for the members of this band may just grow into something a lot bigger very soon….