When death comes to your door, it makes you question your legacy and your current life choices. You mourn for your loved ones and pay respects to what they have done, whether they have lived a long life or their life was cut short by something out of our control. You also wonder why someone you think deserves to die stays alive, while those whom you’ve loved die relatively sooner than expected. With that in mind, Vanitas, the fourth full-length album from Poland’s In Twilight’s Embrace, not only questions the fleeting nature of life but also the existential intricacies of death.

Vanitas starts out with an intensity that blisters, making sure that the music imprints on the listener before the vocals come in. ‘The Hell of Mediocrity’ is intense, tumultuous, and filled with a sardonic nature that seems intent on lambasting the mediocrity of life. The impression that, even when you have the greatest expectations about life, there are moments when you have to be content with the averageness of what you’ve got. This theme of ‘life happens and then you die’ runs rampant throughout the album, which could even make the most optimistic person question his choices. Songs that exemplify this sentiment include ‘Fan the Flame’ and ‘As Future Evaporates’, which are about pretending to mask our pain and frustration, and the eventuality of dying, whether you want to or not. 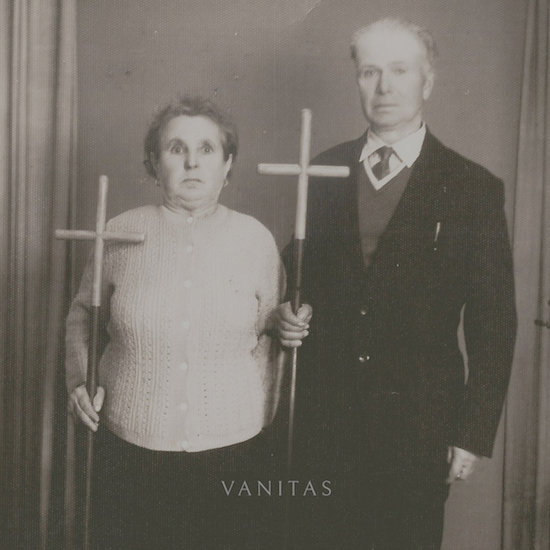 While the album does discuss these themes rather openly, a song that doesn’t fit at first listen is ‘Trembling’, which talks about the coldness of the earth and of October. It’s only when you listen to the lyrics that you realize that, in the grander scheme of death, ‘Trembling’ fits. In spiritual terms, October is seem as the month of manifestation, where all your dreams and desires can be accomplished if you want them to. It’s also associated with the cycle of life, [1] as some major holidays (think Samhain and Dia De Los Muertos) occur towards the end of the month. In a way, Vanitas celebrates death for what it is: the end of life, remembering those who have gone before you. Respect seems to be the backbone of this album, albeit going forward is always the hardest part when someone close to you dies.

Musically, the album sounds the same throughout, but there are nuances that makes it compelling and worth the running time. The album is your standard death metal fare: heavy, dark, ferocious, and fast, with harsh vocals that intensify the feelings of uncertainty. From howling to deep tones, the vocals are a marvel to behold and they deliver. They shift and match tone for tone even at the most recognizable parts of the music. [2] The music itself, however, is a myriad of different elements that makes up its backbone. There are a lot of melodic aspects to their death metal, along with some doom and black metal sounds that really add dynamics to this album. Given how this album has great rhythm, it certainly adds to its highly vibrant sound, despite its bleak themes. Despite its ferocity, this album is catchy and it stays with you even after it’s done.

All in all, Vanitas is an album that sounds fantastic and can be replayed several times. There is also a great breadth of musical influences that you can pick out on every listen, including a slightly surprising Led Zeppelin tone. The album runs so well that it can be played on loop, blurring the lines between beginning and end. Given how Vanitas is about death, this set-up makes sense. The album is also enjoyable because it has a personal touch. There are several questions about the idea and concept of death that are never answered, but this insight into one’s own mortality is one to behold. Vanitas isn’t an album that worships death – and it could have ended that way! – but it presents death as something natural, something that makes you question its indifference, and something that, ultimately, is the only sure way out of life.

Footnotes:
1. “October Spiritual Meaning” (1 October 2014). ©2017 Spiritual & Esoteric Magazine. Accessed 5 October 2017. https://thriveonnews.com/spiritual-numerology-october/
2. On ‘Trembling’, there is a part where it sounds like ‘Kashmir’, which makes the song that much memorable. On my first listen, it was the only thing I could pick up, and it repeats throughout the song.