There might be plenty of punk rock and hardcore which espouses a positive mental attitude; but for my money, there’s just as much to be said for those who focus on the negative. German band Kavrila plant themselves squarely in the latter realms of the dark and heavy, and on latest record Blight they demonstrate just how effective a marriage of punk energy and sludge heaviness can be. It is an emotionally and musically devastating ride, clocking in at just under a half hour but possessing such power that the relatively short running time becomes something of a blessing – spend too long in this headspace, and it would be hard to drag yourself back in to the light. Yet as caustic and bleak as it is, there’s a lot to be said in favour of Blight, making this a record that might bristle with negativity, but is easy to warm to.

A whole host of comparisons and influences are clear on Blight, right from its early moments. The riffs are weighed down by despair and pain, as reminiscent of Iron Monkey as they are of anything connected to the broad church of punk rock. In atmosphere, the songs conjure up that same sense of hurt as Converge at their slower moments, or on tracks like ‘Demolish’, there’s a Cursed-esque nihility at play. Emotionally, Kavrila have much in common with soul-crushing Church Of Ra-affiliated acts such as Amenra or Oathbreaker. What’s most impressive about all of this, though, is that Kavrila don’t sound like any of them; the darkness that the songs are wrapped up in may recall a variety of different acts, but at no point can you point at a riff and go “yeah, that’s the Iron Monkey riff” or “oh, that moment is pure Converge”. The band have taken a host of influences and sounds, and made something that is their own. 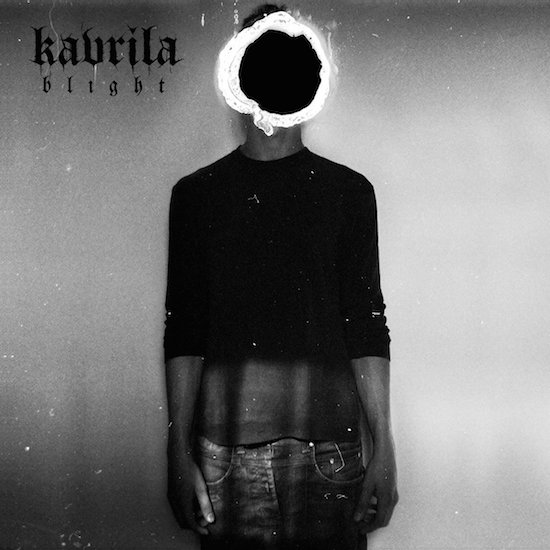 As the above might imply, that something is an absolute whirlwind of negativity, full of despair, negativity, and aggressive vocals bellowing raw hurt. Yet there’s something almost enjoyable about it all – the energy that propels most of the songs is hard to resist, and when the band slow things down, it’s done to add variety and help prevent listener burn-out through sheer intensity. The individual songs don’t matter so much as the overall experience does. Unlike a lot of negative music, though, there’s little feeling of catharsis to be found in Blight; though it might be emotionally exhausting (in the best possible way), there’s no sense anywhere that those bad feelings will go away, and as the record ends in a static hiss (that nicely loops back to the opening track), there’s no sense that anything has been resolved or improved upon.

That’s quite a powerful statement to make with an album. The appeal of much negative music is in the implicit understanding that it will, somehow, make the listener feel bad, be it through sympathy, empathy, or physical release. Yet there’s little sense of that on Blight. Instead, it’s a record that seems to revel in the fact that today’s problems with still be there tomorrow, and that we – as individuals – often find ourselves in largely powerless positions, save for the option to make things worse. Blight is not an album to put on at the end of a hard day. Instead, it’s an album to listen to when you actively want to feel bad, for when things show no sign of improving and that isn’t OK, but you find yourself coming close to accepting that. Don’t mistake any of this for self-pity, though – there’s too much violence and hate here for that. This is one of the darkest, most consuming records of the year, and as destructive as it is to listen to, it’s hard to pull away from.