[Editor’s note: The views expressed within this article reflect only the writer’s opinion, and not the views of the site as a whole.]

Spend a few minutes with me and you’ll soon learn that I’m a jaded, cynical bastard, suckled on Sehnsucht [1] and brought up in an ostracised atmosphere of dissatisfaction and disillusionment. Hence it should come as no surprise that I see the default state of humanity as one of intolerance, and even less of a surprise that my musical tastes reflect this misanthropic malaise. Now and then, though, an example of creativity shines a ray of light into this dreary existence – something I sincerely hoped Mareridt, Myrkur’s newest album, would be. 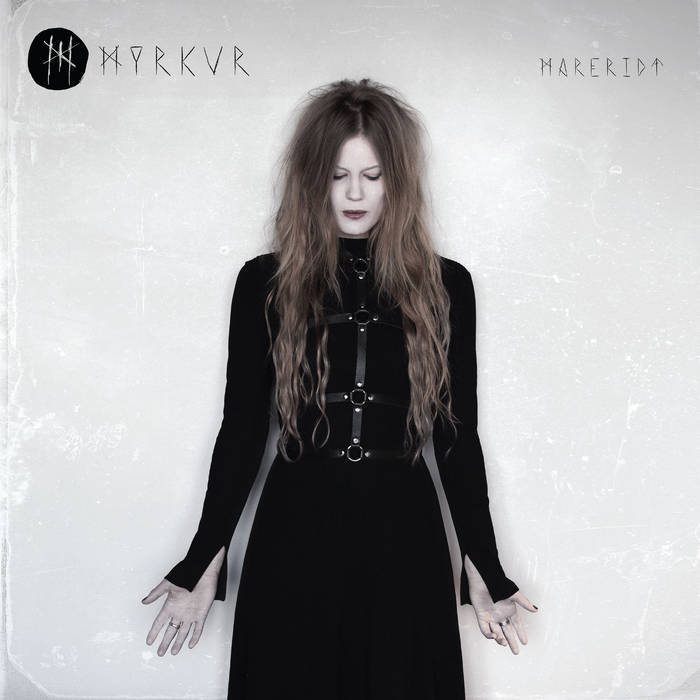 While the Danish songstress’ polarising effect on the black metal scene in general has been commented on before [2], it seems she’s having a similar effect on the general populace given some ill-advised comments made while touring Canada [3], but I really don’t see this as being any hindrance to Myrkur’s rising career. This is definitely not the first time black metal has been in the media for supposed ‘anti-Islam’ comments [4] and I’m sure it won’t be the last, given an undercurrent of discontent within Europe. This may not be a popular opinion within the mainstream media, but as the recent French election showed, Marine Le Pen’s rising popularity is indicative of anti-immigrant sentiment on the rise. Current media tactics, however, are quick to make ‘darlings’ out of selected demographics, making any negativity directed towards these entirely taboo – unfounded or otherwise. Recent events in South Africa – where British PR firm Bell Pottinger was controversially hired, before being outed by opposition parties [5], to create an atmosphere of racial division within the media – make me particularly wary of this mass media ‘protection’ of any one demographic over another. Personally, I am perfectly happy for people to practice whatever religion or way of life they choose, just as I am equally happy for them to defend these opinions on whatever platform they have at their disposal, but I see no reason at all why any single group’s beliefs should take precedence over another. Were her statements acceptable or even right? Honestly, this doesn’t matter in the least. People that take the political viewpoints of celebrities and artists seriously are a far more troubling concern than these opinions themselves. This ‘Myrkur-mouthing-off’ incident becomes just another example of popular opinion being swayed by an insidious mainstream media and leads us away from what really matters to me: her music.

Myrkur’s previous album, M, was a wonderful breath of fresh air – a gorgeous blend of crystalline vocals and post-black grimness – and I expected Mareridt (especially given its direct translation, ‘Nightmare’) to take this further, especially given her intriguing EP releases between the albums. Her 2016 live release, Mausoleum, recorded in the Vigelands Mausoleum with the Norwegian Girls Choir, is entirely un-metal (even with the inclusion of a cover of Bathory’s ‘Song to Hall Up High’), but in much the same way that Wardruna is un-metal, proving that an extreme temperament does not require distorted guitars and blastbeats to communicate its agenda. To this end, Mausoleum — more than the teaser release of ‘Måneblôt’ (the most metal song on the entire album and the best balance of musical styles) or the video for ‘Ulvinde’ — should have been my template for what Mareridt would bring. Where I was expecting a direct follow-on and evolution of what started on 2014’s Myrkur EP and the subsequent M album I instead got a complete revision of what the Myrkur sound was all about. Where these prior releases were built on a foundation of a typical black metal sound, Maredridt merely adds it as a minor influence, with more folk overtones shining through.

This departure from what I thought was a winning recipe was disappointing – at first. Repeated spins have allowed me to really appreciate what she has actually crafted here: not only has she written songs that best highlight her impressive vocal range [7] – especially on the title track and ‘De Tre Piker’ – but she has also furthered her own feminist agenda by writing an album that celebrates pagan themes, womanhood and Scandinavia. Elements of the album recall other decidedly non-metal artists that have approached similar themes and styles – such as Tori Amos on ‘Crown’, or her sometime collaborator, Chelsea Wolfe [8] on ‘the Serpent’. The doom-laden, sludgey 70s riffing approach to composition on this piece in itself shows her growth and willingness to embrace alternative musical styles. The folk aspect of Mareridt is especially emphasised on the instrumental ‘Kaetteren’ – which translates as a medieval Celtic reel more than a contemporary composition – but is prominently felt throughout the album. The album closer, ‘Børnehjem’, despite its appropriately nightmarish atmosphere, is the weakest track, unfortunately ending a gloriously exploratory record on a low note. The theatrical lyric content could have been better suited as an introductory setup for the revenge-piece, ‘Funeral’.

So with Mareridt Myrkur has put a definitive nail in the coffin of the argument over her being a black metal musician – even if she does return to her earlier sound on later releases, black metal will always be relegated to just an influence following this album. While this does not in any way negate how listenable or beautiful the album is, it does make it less likely to appeal to the grim and frostbitten kvlt – like Dead Can Dance or Enya, it may be appreciated and even listened to on occasion, but is unlikely to receive the attention it deserves from the corpsepaint and spikes contingency. Amalie Bruun is possessed of a remarkable voice and unquestionable musical talent (on traditional and contemporary instruments, no less) but where M broke new ground and left its scorching mark in the annals of black metal, Mareridt will likely be no more than a footnote somewhere, long forgotten while Myrkur makes her presence known in more accessible rock circles – hopefully for her music and not her politics.

Footnotes
1. A wonderful term that doesn’t translate exactly into English, but ‘a soul-deep yearning for something missing from your life’ comes fairly close.
2. As detailed here via Noisey.
3. See here for the offending interview, or even here for fellow writer Stuart Wain’s exploration of the phenomenon.
4. What is really laughable, however, is how anti-Christian statements (sometimes in the same song, as this debacle over the song ‘Orkan’ off Taake’s 2011 album Noregs Vaapen showed) are still acceptable.
5. For a broad strokes overview of the ongoing scandal, read this article.
7. See Revolver Magazine for her acoustic cover of King Diamond’s ‘Welcome Home’, complete with gorgeous falsetto.
8. Here performing ‘Funeral’ together – and if you purchase the album on Bandcamp, one of the bonus tracks, ‘Kvindelil’ is also a collaborative piece.