Trending
You are at:Home»Interviews»Rich Lewis (Conan): “There’s definitely bits on Blood Eagle that you couldn’t pigeonhole into doom.”
By Tom Woodward-Massey on April 21, 2016 Interviews

Conan are a band whose doom metal charms have placed them as one of the most illustrious acts in their scene, climbing steadily from humble beginnings as a two-piece to performing at Hellfest and supporting stoner metal godfathers Sleep within the space of just four albums of crunching, colossal music.

Despite their gruff sound and mythical themes, Conan give the impression that they’re the most down-to-earth band on the planet. Before the show, they hang around the bar, conversing and posing cheerfully for photos with fans. Straight after the conclusion of their fantastic and devastatingly loud set, they chat in length with fans on the stage, thank them for the compliments on the performance and sign records.

In between their sound-check and the first support band of the night, I had the pleasure of chatting to their drummer Rich Lewis before their headline show at Manchester’s beloved pub and music venue, The Star and Garter. Tucked away in the far corner of the pub, away from the hustle and bustle and the echoes of the support group sound-checks from the upstairs venue, Lewis discussed his arrival into Conan, touring schedules, the recording process surrounding their new album Revengeance and the influences that represent his drumming style. 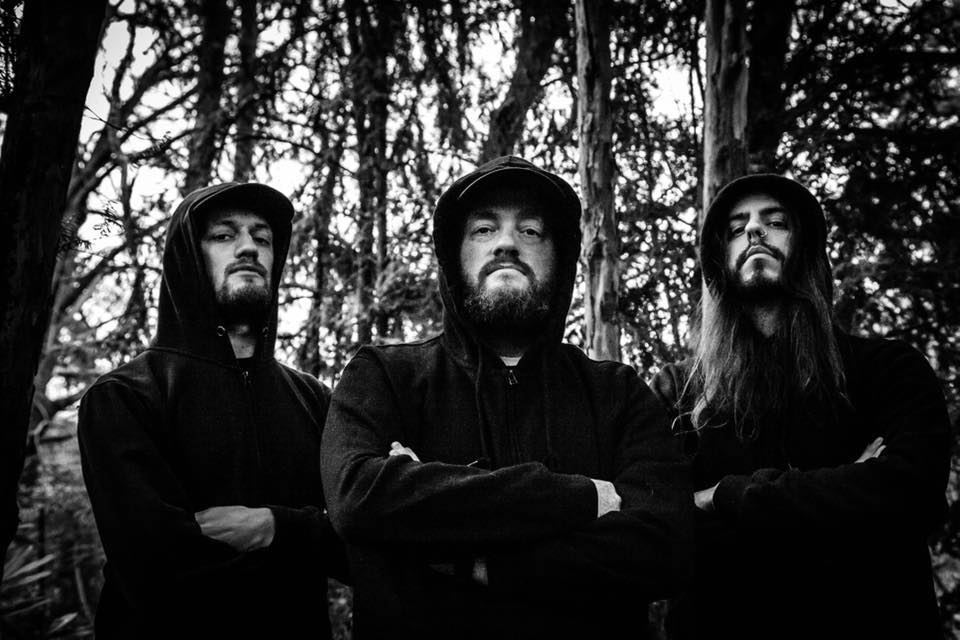 Fresh from touring America and just a few shows into their UK tour, Rich is extremely enthusiastic about the touring experience. “America was the first thing we did all year and that was incredible, we did a straight month of gigs with two days off and generally it was bigger, better and more welcoming than before.” Conan are set to perform as part of the UK’s principal stoner metal festival Desertfest and as the main support for Sleep in London later this year. “I’ve never seen Sleep,” he reveals, “it’s a dream come true for all of us, it’s going to be a great day out!” We also bring up Leeds’ Ritual Festival, which the band played a couple of days prior. “I heard it was their first year but you would have never been able to tell; it was fucking nailed, everything was really professional.” I ask if he had managed to catch any of the other artists. “I really enjoyed 40 Watt Sun, we got there just in time for them which was cool.” After mentioning several artists from all corners of the metal spectrum who played, Rich remembers witnessing grindcore/powerviolence act Full of Hell. “I just had to stop packing down and stare at the drummer who was fucking brilliant. Very exciting! They were a lovely bonus that day.”

Conan’s increased popularity has led them to play larger venues and climb the festival slot ladder, being exposed to environments which aren’t associated with their genre. “We’ve been the slowest band on a metal festival, or the heavier bands on a stoner-y festival.” The group released Revengeance earlier this year [reviewed here], a tremendous record which sees the band injecting some speed into their usual slow-and-low sonic direction. “We’re writing quicker material and we’re pleased to be getting the heavy metal shows.” 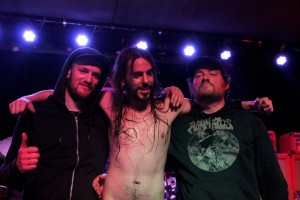 Despite indications of a conscious shake-up in songwriting for this album, Rich explains they “didn’t see it as a massive gear change,” pointing out that on Blood Eagle, their previous release, “there’s definitely bits on there that you couldn’t pigeonhole into doom. The stage was already set.” Rich took up percussion duties shortly after the band recorded Blood Eagle, and talks of the previous drummer Paul O’Neill setting the scene for his style, which encompasses intricate cymbal work in addition to primal rhythms. “It was what attracted me as a listener,” he clarifies, “I was just glad to be able to pick that up.” Rich is humble and thankful for the observations of his playing style, declaring his love for influences ranging from jazz to Pantera’s Vinnie Paul and The Jimi Hendrix Experience’s Mitch Mitchell, gladly utilising expert styles without people thinking he’s showing off.

During the recording process, outside musical influences rarely creep in and music isn’t played in the workspace. “We spend a lot of time in the studio and even the TV’s a little bit too much after like 15 hours in that sort of space.” Understandable, considering the nature of Conan’s huge sound. The band may watch live sets of their collective favourites during touring but the music they play around recording times or travelling is a completely different affair to doom metal. “We kind of have to space it out. A lot of what gets played in the van is stuff like Weezer and Nirvana.” He continues to mention soaking up the material from the groups chosen to support Conan on their recent tours, declaring his love for the experimental tones of Birmingham based industrial-sludge two-piece Khost. “They supported us around the UK last year and that was a fucking very pleasant surprise, that was!” Lewis exclaims, displaying enthusiasm for the support groups for the current UK leg. “Tonight will be my first Boss Keloid experience,” he says excitedly, continuing to mention fellow Liverpudlians and primary support act The Bendal Interlude, who “have been absolutely fantastic the whole way round.”

Similarly to other doom metal groups and purveyors of fuzzed-out heaviness, Conan release their music in all sorts of glorious vinyl variations, featuring brightly coloured records, limited runs and splits with other bands. “We definitely buy into that.” Stating the group are avid record gatherers, “It’s always exciting when you turn up to a gig or festival and there are some independent record shops, but your wallet’s always going ‘aw shit!’. We can’t really help ourselves a lot of the time.” Amassing a small fortune of a collection through witnessing other groups when touring seems completely fathomable. “It does seem synonymous with this sort of stuff,” Lewis claims, referring to the perceived retro position of stoner metal. Despite this, he also takes a modern approach to purchasing music, “sometimes it’s easier to pick up a CD or buy it off iTunes, you can’t take your vinyl in the car of course!”

Lewis explains the importance of the album artwork; the Tony Roberts designs are featured on all of Conan’s records, remaining a matching testament to the musical content on them. “He does such a great job every time, we’re not going to go looking around you know?” The band place the importance in the group-to-artist relationship with Roberts. “He would have had the album ahead of time to see what he got out of it; take his inspiration from the music as well as whatever else is in his brain! We’ve been working with him for so long now, so he’s a friend of the band.” It’s very interesting and commendable to see the creative interactions between the design and musical process, one of rich history with instances such as Pink Floyd’s connections with sleeve designer Storm Thorgerson [1] or Kevin Cummins’ iconic photography which has become inseparable from the Manchester music scene. [2]

As a parting statement, Lewis moves onto the challenges and delights of live sets, opportunities to showcase new tracks and what the audience can expect from them at their gig tonight. “Set-wise, we don’t know what to leave out these days!” Given only an hour to play with material spanning four albums, including a new record to promote, picking a set-list can be challenging. Rich states the tour will mainly comprise of Revengeance tracks, “we’re getting used to how they all feel, just sort of going with the flow in the moment.” Despite desires to showcase the new material, Conan are flexible and can interchange the tracks played based on audience requests. “We changed it on the spot the other day because some of the other guys were shouting stuff from Monnos and now it’s in the set for the whole tour as far as we know!”

The interview is concluded with a handshake, but we stay and chat for around ten more minutes to discuss all sorts of music and our plans for the near future, before the band went to blow the audience’s ears out.

Huge thanks go to Rich for his time for the interview, and Andy for the opportunity. You can check out the band on their Facebook and Bandcamp.

Footnotes:
[1] Pink Floyd’s album art designed by Storm has become iconic, so much so the band included a biography of their important working relationship on their website.
[2] Kevin Cummins is a photographer regarded for his work with Manchester musicians from the punk, post-punk and indie rock scenes, offering epochal photographs in his excellent book Looking For The Light Through The Pouring Rain. Here is an account of an infamous shot of Joy Division.