Trending
You are at:Home»Interviews»Huw Roch (Schemata Theory): “If people put aside petty differences, imagine what we could achieve as a species!”
By Angel on August 17, 2016 Interviews

The term ‘metal’ has become so broad a definition, that any band who simply classifies themselves as such runs the risk of being lumped into the ‘generic’ category. They’ve heard all the big names, and churn out dull songs which become a guessing game of influences. This could not be further from the truth for Schemata Theory, a Reading-based self-proclaimed ‘metal’ band who actually earn that because – quite simply – there’s no subgenre they comfortably fit into. Catchy, energetic and with level-headed musicians at the helm, the band’s third release Networks EP has brought deserved attention, and seen them hit the road with a variety of great acts. Speaking to guitarist Huw Roch, we covered the band’s amorphous style, global-minded ideology and the Reading scene that spawned them.

“The last few months have all been focused on the new release, really.” The hard work from both the band and their PR has paid off; press has been rolling in from all quarters, including a thumbs-up from BBC Introducing. Schemata Theory are also no strangers to the road, including shows with Deadly Circus Fire, Mindful Eye and Clockwork. But that’s not enough for the band, who are eager for more: “Over the next 12 months we want to get out and play as many shows as we can, we haven’t played many over the last 18 months and we are really missing it!”

As mentioned, Networks is the third release in Schemata Theory’s catalog, so what have they learned from the previous two? “We’ve certainly learned the value of the work outside the studio before going in to record! We were under prepared when we recorded the first album, and it took us longer than expected.” That said, Dry Lung Rhetoric is still a great listen which is up on YouTube. [1] 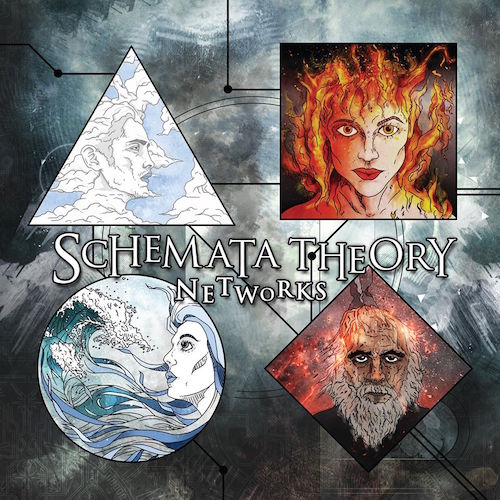 The sound on Networks – as on previous releases – is a fascinating mixture of rock and metal styles. The band mention Rush, Linkin Park and Killswitch Engage as prominent influences, and all of these elements come across to some extent in songs like ‘Our Only Home’, the opening track. The style is at once catchy and melodic rock, but also full of the vigor and passion of metalcore – minus the breakdowns. However, there is also a very British feel to the band’s sound, and not just in the strongly-accented vocals in ‘Horror Show’ – though hearing “Hey you! Welcome to the horror show/The one that you made” gives off a distinctly Pink Floyd’s The Wall vibe. Concerning more hidden influences, Huw comments: “I’m a big fan of The Edge and U2. I know that’s almost blasphemous as a metal guitarist, but I’m a big fan of how he creates songs out of simple but really effective guitar parts. And Myles [Dyer, one of two vocalists] is a fan of Duran Duran! So there is certainly a range of influences.”

The Reading scene has also inspired the band, seeing their immediate predecessors rise through the ranks: “Sylosis and Viatrophy along with Exit Ten and Malefice [2] were big influences on us growing up. When were around 15/16 they were the big local bands and watching them certainly inspired us to want to do the same.” The new wave – of which Schemata Theory are a part – has also spawned promising bands. Their friends in Clockwork are one example, and Huw mentions Veridian and Mindful Eye as well. [3]

Focusing back on Schemata Theory, the band are very open on their creative process, especially in the lyrics. “Myles is a fantastic lyricist and his interests and passions outside of music of course inspire his writing.” His lyrics concern issues which have a global impact; to quote The Monolith’s fascinating in-depth piece on the EP, the lyrics include “humanity’s global-scale apathy, technology’s double-edged psychological sword, and the very intimate process of rebuilding your own life in the wake of trauma.” [4] Huw notes that these lyrical topics seem “more prevalent than ever in the lyrics of metal bands. It certainly seems on the whole that our generation and those below us are much more engaged with global issues than seem to have been previously (or at least engaged at a younger age).” The EP’s single ‘Horror Show’ [5] is a shining example of this, with an important message of unity to overcome the issues which need tackling. “If people put aside petty differences, imagine what we could achieve as a species!” We wholeheartedly agree.

Noting that the band are quite switched onto global events, where do they recommend getting news sources and information from? Huw’s advice is top notch: “Truly independent sources of news are extremely difficult to find. It’s often very hard to work out who is presenting the information impartially, you have mainstream media which will usually be biased one way or another and sometimes you’ll find some of the smaller independents try so hard to disagree with the mainstream the true message also gets lost. There’s is no direct answer to this unfortunately as it all depends on the particular situation. As a general rule, find independent sources as close to the event as possible, read a few different versions and think critically of what they are saying before forming your opinions on the event.” 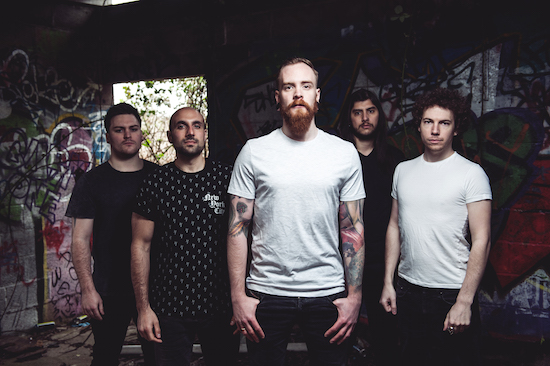 Rounding out by looking to the future, Huw admits that after the inevitable recording of more material, “there is no specific plan. Ultimately we just love playing music and as long as we are lucky enough to still do that we’ll keep going!” However, setting a deadline of what to achieve in five years does illuminate one area of their plans: “It would be disappointing if we haven’t headlined a major festival before the 5 years are up,” he signs off with a laugh, though we wouldn’t be surprised if it actually happens, sooner rather than later.