Of all the many genres in metal music, black metal is undeniably the most fraught with infighting and elitism. Kvltists the world over argue between Varg and Euronymous as the posterchild of second-wave, or whether Norway or Sweden is the ‘birthplace ov trve black metal’, and with so many sub-genres littering the musical landscape, it is unlikely that there will ever be an amicable resolution to any of these disputes. On top of this, up-and-coming artists further polarise the genre [1] by injecting new influences and approaches into the tried and tested recipe. Selvans from Italy are likely to become one of these by having the sheer nerve to break the ‘raw and brvtal mould’ with their careful attention to production, instrumentation and neo-folk stylings.

Many bands within the black metal genre have flirted with so-called symphonic and/or orchestral arrangements to supplement their barrage of guitars, growls and drums – Emperor and Dimmu Borgir being the most likely culprits – but few have integrated these elements into their compositions quite as seamlessly as Selvans achieve on Lupercalia, their first full-length [2]. 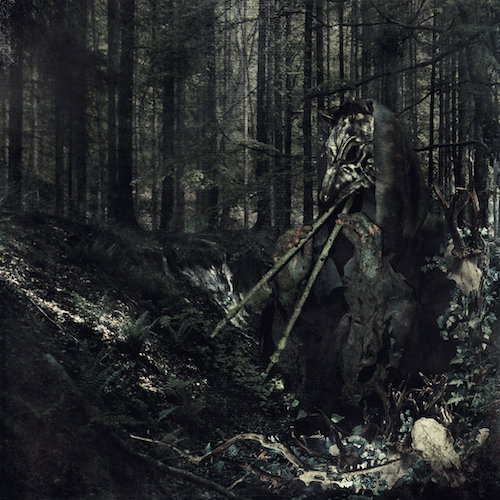 Named for the Etruscan woodland deity, this is a band that embraces their pagan roots and infuses their compositions with a palpable atmosphere of primordial forests populated with any number of cults, their ancient deities, attendant spirits and other mythic creatures. Thankfully, Lupercalia is not just black metal padded with a collection of pastoral field recordings: minimal usage is actually made of incidental sound effects – even the ‘crickets in the field’ that introduce the album on ‘Matavitatau’ are a clever application of percussion. Add in the most inspired use of flutes in metal since Negură Bunget and you’re a bit closer to understanding what makes Selvans so special.

Despite this instrumentation and defiantly spiritual approach, do not make the mistake of assuming that this is just a harder take on folk metal band: the soaring compositions (the six tracks come in at just over an hour in total) do not lack for aggression or musicianship: fluid tempo changes (see the bridge section halfway through ‘Versipellis’), pinpoint accuracy in the playing and a beautifully balanced mix all come together in a perfect storm of beautiful, melodic black metal that transports the listener.

Where the music transports you to is not a civilised place: Selvans’ music speaks of a time where man and nature coexisted in the most tenuous of balances, wherein the frailty of the former could be erased in an instant by the ferocity of the latter. A time and place where being afraid of the dark was common sense, not a childish affectation. ‘O Clitumne!’, for example, carries you from a mournful string arrangement (which wouldn’t seem out of place on a Fleshgod Apocalypse album) through whispered passages that ooze menace into raw, furious, blast beat-driven paeans to primeval savagery. With a tasteful smattering of acoustic guitars, lyres, accordions and tambourines. All in one song. 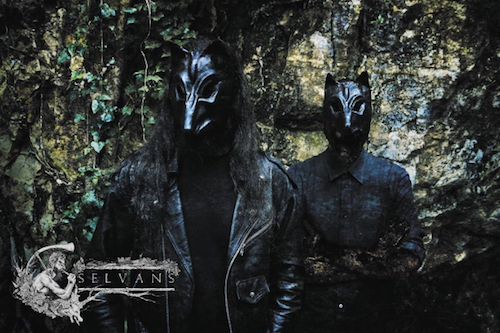 It is this dynamic, ever-evolving methodology that defines Lupercalia. the album closer, ‘N.A.F.H.’ comes in at just over 17 minutes, but manages to stay interesting and relevant throughout, without relying on drawn-out, Cascadian passages like you may expect in some of Wolves in the Throne Room’s longer compositions [3]. The track constantly shifts in feel and pace, combining English and Italian lyrics into a cohesive martial dirge, recalling atrocities of war and abandonment. It also introduces clean vocals into the mix, adding yet another dimension to what is already a massively dense arrangement. One potential criticism could be that the slow guitar progression, coupled with the tortured, searching vocals of the last third of the song seems lifted directly from Behemoth’s ‘O Father O Satan O Sun!’ but this similarity is quickly re-integrated into an immersive yet simple, four-bar repeated guitar riff that slowly fades into smoky static, drawing the album to a close.

In all honesty, Lupercalia is my favourite black metal record in a long time, after many years of honing my taste within such as a massively diverse genre as black metal. Even the visuals (from the gorgeously intricate illustrated logo through to the album art) accompanying the album are appropriate to the overarching themes of nature and mysticism. Combining an album of this calibre with a dedicated touring schedule (over 24 shows since the album’s release [4]) in support of big names in black metal – Gorgoroth, Kampfar, Shining and Gehenna stand out – can only have a positive outcome. Selvans definitely deserve any and all accolades that come their way as a result.

FOOTNOTES
1. Myrkur is a prime example of this: she recently closed her social media accounts to put an end to the death threats and hatemail she was receiving via these channels, despite the excellent music she is creating. Hear more on this podcast episode.
2. Clangores Pleniluno, Selvans’ first EP, can be streamed and purchased here. This EP was released in memory of the original drummer.
3. ‘I Will Lay Down My Bones Among the Rocks and Roots’, off 2007’s Two Hunters is typical of this – but this is in no way a denigration of Wolves in the Throne Room. It’s simply a comparison of different approaches to longer compositions within black metal.
4. See the band’s website for a full schedule of past and future appearances.