This week on Smash the Mic, Mark and Psy discuss “the worst review” of a Baroness show, Laura Jane Grace of Against Me!‘s newly announced book and the rumours [since confirmed]that Axl Rose may be stepping on stage with AC/DC. Reviews this week come from Amon Amarth, Oceans of Slumber and Aliases, and Psy does as promised by bringing some UK hardcore to the table with a Bandcamp Recommendation of My Project Ghost. 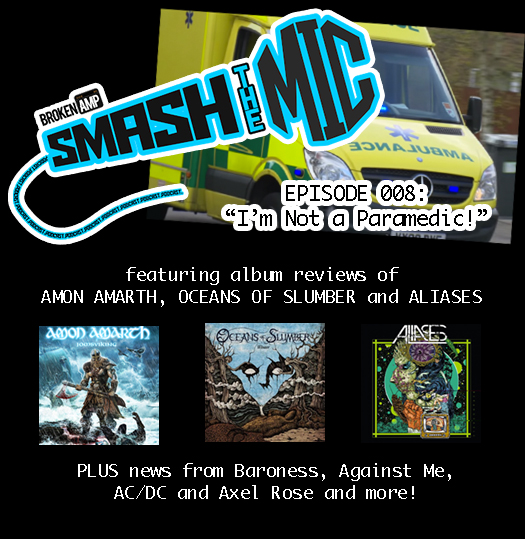