Trending
You are at:Home»Podcast»Smash the Mic Episode 009 – Cult of Christmas Party
By Psyniac White on April 4, 2016 Podcast

On the ninth instalment of Broken Amp’s Smash the Mic podcast, Mark and Psy discuss the apology of Disturbed‘s David Draiman, Andrew W.K.‘s new political party and spice up a slow news week with talk of The Grindmother. When it comes to reviews, we have an eclectic trio in new records from juddering techno-metal The Algorithm, old-school thrash outfit Artillery and Mariner, the collaboration between Cult of Luna and Julie Christmas. Mark also throws a little math-rock recommendation your way in the form of OBE. 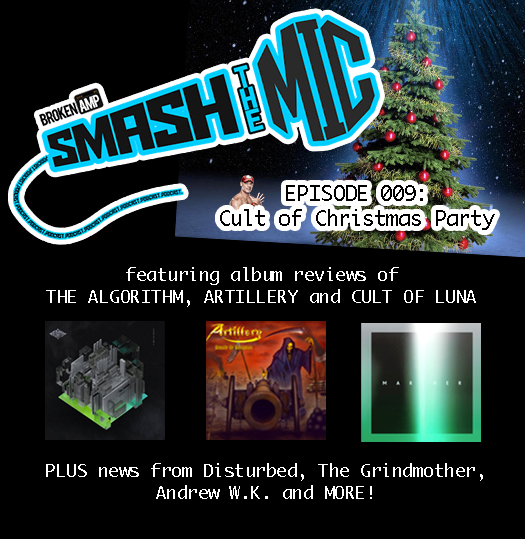