Trending
You are at:Home»Podcast»Smash the Mic Episode 010 – So Angry You Could Party
By Psyniac White on April 11, 2016 Podcast

Smash the Mic hits double figures this week! To celebrate, Mark and Psy review the new releases from the viral Japanese “Metal Idol” group Babymetal, French black metal band Plebeian Grandstand and German post-rock(ish) outfit Long Distance Calling. Psy also talks about the long-awaited Instructions by Heck and in the news this week are updates from Rammstein, Metallica, Tool and Volbeat , plus some sad news from the Sockweb camp. We also round out the podcast with a lengthy discussion on catharsis in metal and our favourite cathartic albums. 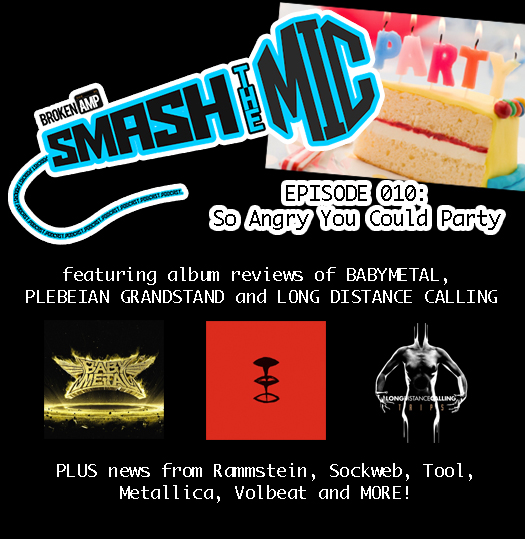