Trending
You are at:Home»Podcast»Smash the Mic Episode 014 – Thrashtodons from Planet Onion
By Psyniac White on May 16, 2016 Podcast

This week on Smash The Mic, we go in on the deep topics. We barrel through new records by Gorguts, Astrakhan and Imperium, and Mark highlights the forthcoming live review of Polish post-rock troupe Tides From Nebula. In the news, we have Eluveitie‘s implosion, positive noises in British politics, a surprisingly good Axl/DC and The Most Metal Concert Occurrence Ever with Dying Fetus. Finally, we finish things off with an intense debate on the future of music, spinning off from rumors in Apple’s camp that they could be ceasing downloads in just two years. Heavy stuff.

Dying Fetus fan has ashes scattered in a moshpit 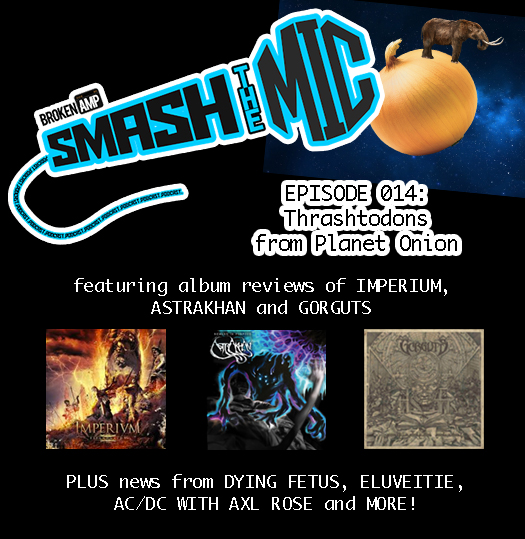