Trending
You are at:Home»Series»A Son of Southern Darkness, Rant Two – The Call of the Hipstermoon
By Dayv Oblyvyon on August 28, 2017 Series

There’s a lot wrong with hipsterism, but I’m afraid to admit that there’s actually quite a bit of it that makes sense… especially from a black metal perspective. And I’m not just referring to Ihsahn’s Clark Kent glasses. 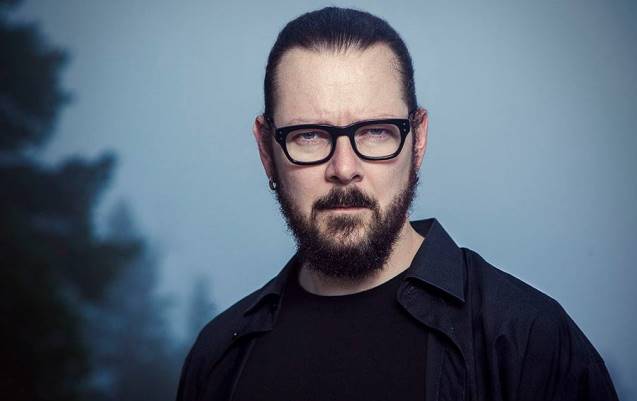 Obvious similarities abound, from nature-conscious lifestyles [1] or an appreciation for fine organic tipples [2], but the one area where I have to just own up to exhibiting undeniable hipster qualities is when it comes to buying music on vinyl. And while I may not wax quite as lyrical as some beardie types about the superior sound quality of the format, and am unlikely to chase down antique pressings (purely based on their ruinous prices when translated to my currency [3]), I am definitely enamoured of many of its characteristics.

For a start, it’s a much bigger surface area for bands to sign. Being a bit of a collector, the added nostalgic value that a personally autographed piece of merchandise carries really appeals. I’d love to say I have a huge collection of signed vinyl, but I’ll just call it a work in progress for now. The record size aspect also makes for a much better reproduction of the cover art – and extreme metal does make for some of the best art out there [4]. 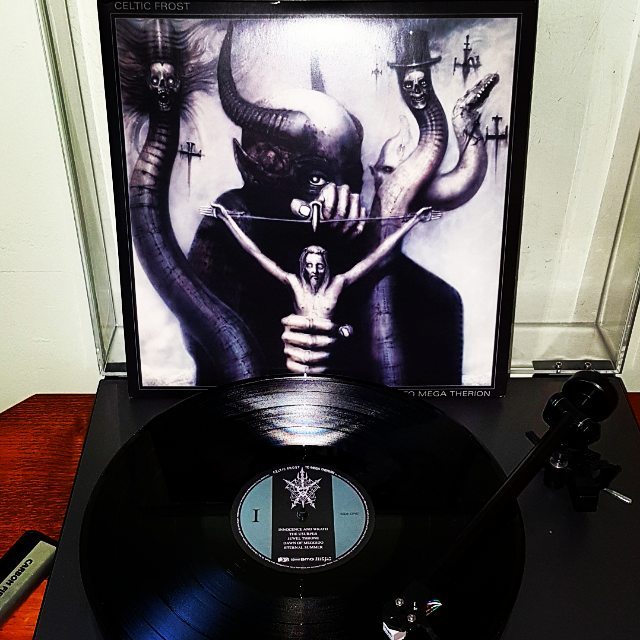 But what really clinches the beauty of vinyl for me is that it’s a nail in the coffin of the popular single. The digital age made it all too convenient to download just one or two tracks from an album – which in turn made it equally convenient for artists to focus on one or two radio-friendly crowd pleasers and populate the rest of their studio time with mindless filler. When faced with an album on vinyl, there’s a whole ritual involved: taking it out of its sleeve, putting it on the turntable, placing the stylus… and then listening to the whole first side before repeating the process. Possibly three more times if it’s a double LP. This investment of time leads to an expectation on the part of the listener – an expectation that there will be more than one good song.

Thankfully, this is where metal really has most other music seriously licked: the artists are more than just a face (or a body) and actually have the technical and creative abilities to craft entire albums worth listening to. And this is even truer of black metal, for me: when I find a black metal album I really enjoy, I generally savour the whole effort, not just parts of it. Take, for example, Mgła’s 2015 release, Exercises in Futility [5]: six tracks, named numerically, but despite this non-individual approach (entirely in keeping with the band’s masked anonymity) each cut carries its own weight and stands alone as an outstanding example of the genre. Played together, however, this is a 43-minute tour de force, a withering denigration of the human race almost without equal: on vinyl, this holistic effect is further amplified, thanks to the ritualistic nature of the listening process as detailed above.

And while it’s almost becoming de rigueur for bands to include a limited run of vinyl with each new release, there’s an unmistakably hipster-ish pleasure – the ‘I was listening to this before you’ effect – in laying one’s hands on a fresh pressing. Unlike the cardigans-and-flannel crowds, though, there’s also a great pleasure to be had in sharing the actual music with a small, tightly-knit circle of friends instead of just parading it around at the next neighbourhood artisanal gin tasting where everybody compares their Americana-inspired tattoos.

FOOTNOTES
1. Consider Wolves in the Throne Room’s organic farming sideline (http://noisecreep.com/wolves-in-the-throne-room-organic-farm/) when they aren’t producing Cascadian atmospheres.
2. Sigurd Wongraven from Satyricon is well known for his winemaking (https://thornews.com/2012/09/12/wine-from-hell/), while just about everyone from Behemoth (http://browarperun.eu/) to 1349 (http://surlybrewing.com/beer/1349-black-ale/) have got their fingers in the craft beer pie.
3. By way of example: Watain’s The Great Hunt on double gatefold vinyl costs a hair under 150 Euro, without shipping, from a local South African supplier: I bought the gold vinyl limited edition version at a stall in Belgium for just 25 Euro.
4. The recently released ‘Owls, Trolls & Dead King’s Skulls’ by David Thieree (available here) is an excellent example of this genre.
5. Which you can – and should – buy or stream here.