The darkness at the heart of black metal is not a single-faced entity. The atmospheres of opposition and other-worldliness that the best examples of the genre conjure are not uniform in their nature. The second album from Ultha is proof of that. The core sound of the band invites comparisons from USBM acts Weakling and Ash Borer (even though Ultha themselves hail from Germany), but there’s more to Ultha’s latest than imitating what has gone before. As well as handling the basics of the style in a manner that gives Converging Sins a distinctive character too often lacking in the genre, Ultha also take this strand of black metal in unexpected, effective directions, which highlights Converging Sins as an album that may point towards a new evolutionary offshoot in modern black metal. As all this might imply, it is a mighty album, possessed of a dark, haunting spectre that will linger long after the record has finished playing.

The strengths of Converging Sins might not be readily apparent. Opener ‘The Night Took Her Right Before My Eyes’ opens with a spacious, atmospheric movement that brings to mind Fen‘s The Malediction Fields, and suggests a far gentler journey than the one that follows. It’s several minutes before the track lurches in to the all-encompassing maelstrom that is the foundation of Converging Sins, and there is little let-up from there. The immense duration of the track – just shy of 18 minutes – races by as Ultha unleash a storm of dizzying yet melodic riffs, relentless drumming, and vocals that veer between commanding bellows and soul-searing shrieks. Yet as intense as it all is, there is a certain grace to the music, an almost effortless sense of movement and animalistic spirit. The duality of black metal is on display throughout, the mixture of melody and aggression handled with rare skill.

It’s with second track, ‘Mirrors In A Black Room’, that things differ from the norm in more considerable ways. Featuring and co-written by Rachel Davies of post-punk band Esben and the Witch, the song opens in spacious, darkly ominous fashion, with the malicious atmosphere gradually building. The sparse nature of the first half of the track stands in stark contrast to the preceding song, yet when it begins to morph into more standard USBM territories, it’s a shift and contrast that makes total sense, uniting the dark hearts of post-punk and black metal. It’s genuinely hair-raising and explosively cathartic as the song builds to its climax, with Rachel’s clean vocals soaring above the shrieks, guitars, keys, and drums behind her. 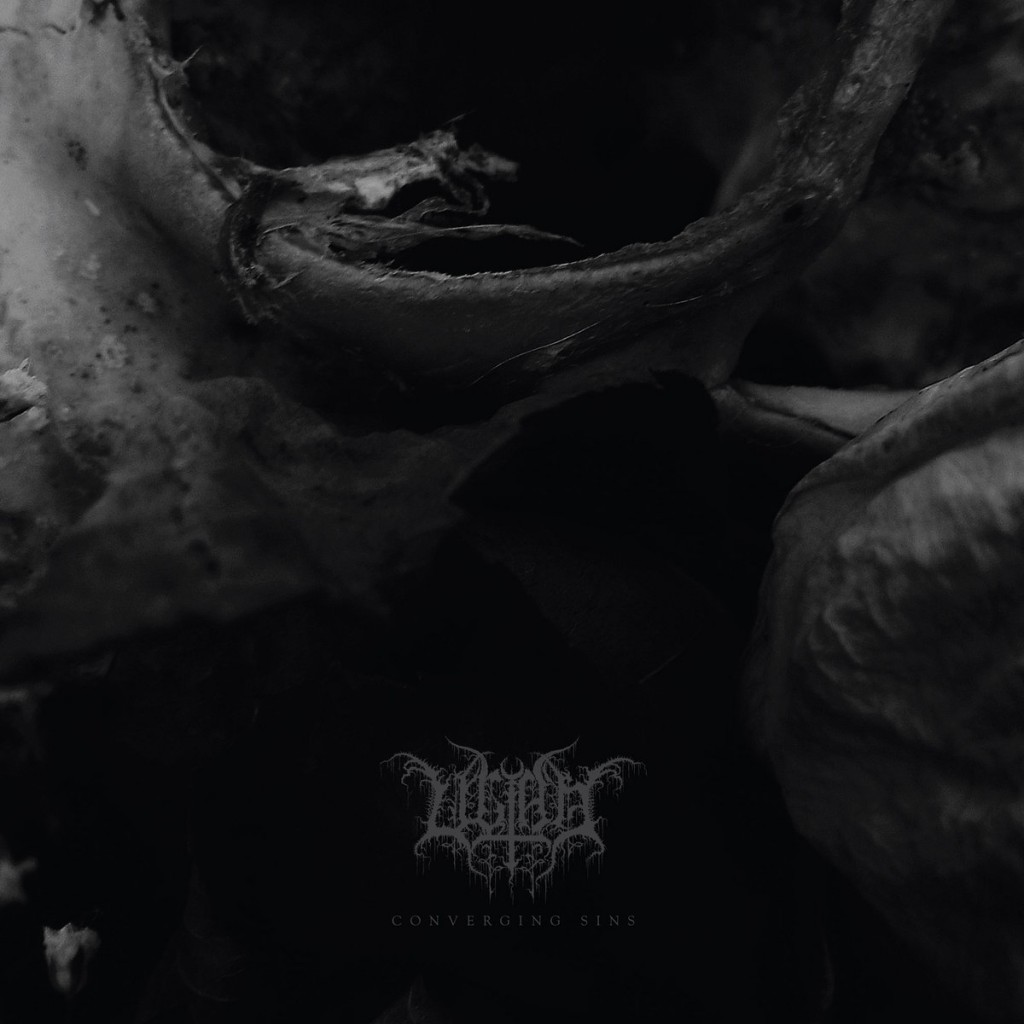 The only real disappointment of Converging Sins is that this experiment is a one-off, as the rest of the album reverts to the core post-Weakling sound; yet, given Ultha’s mastery of this style, that is scarcely a complaint at all. Following track ‘Athame | Bane Emanations’ ventures into more doom-laden territories – both in tempo, weight, and atmosphere – following its dark ambient introduction, and it possesses an emotional impact far greater than its status as the short track on the album would suggest (though it’s still five minutes long). ‘You Will Learn About Loss’ is a gargantuan monument of emptiness, delivering upon the dark promise of its title with over fourteen minutes of pummelling black metal that does not let up; it is a masterclass in dynamics without any loss of intensity. The same is true of closer ‘Fear Lights The Path (Close To Our Hearts)’, yet this song also conveys a sense of closure and finality; not just the song which ends the album, but the end of something far more substantial. It is dark, it is majestic, it is absolutely glorious.

There’s a danger Converging Sins may be overlooked simply because of its release date; December is a month for writing end of year lists, where most websites will look back, not forwards. It would be a genuine tragedy if that fate were to befall Ultha. This is an absolute triumph of underground black metal, hinting at new directions that this particular style might move in whilst demonstrating utter mastery of the core aspects. I would hesitate before calling any release mandatory, but this comes close. Anyone at all interested in the evolution of black metal, or who feels that the genre is drowning in a sea of mediocrity, or who simply wants to hear a jaw-droppingly phenomenal album, owes it to themselves to listen to Converging Sins.