On their second album Anhedonia, Oxford, UK’s Undersmile stretch doom to its absolute limits, exploring the places where it intersects with drone. Through all this, the band maintains an epically somber tone, challenged by bursts of fist-clenching rage at key moments in the tracks. Each song on the album uses a similar formula: starting out with a bare-bones tune with a little distortion on the guitar, the band then overlay it with chanting vocals from dual vocalists Taz Corona-Brown and Hel Sterne. A few minutes in, guitars set to “funeral doom” come crashing in, while both vocalists launch into screamed vocals, then it all quickly fades away.

Most of Anhedonia stays at the same tempo, extremely slow but not quite reaching the level of drone. On opener “Labyrinth,” it takes so long for each word to be sung that the singers’ voices meld together and sound like an extra instrument more than just singing. While Undersmile’s music is slow enough to qualify as funeral doom, much of the genre’s typical bombast is stripped away here, so much that the instrumental sections on Anhedonia remind me more of indie slowcore bands like Low than they do metal.[1] The unchanging tempo isn’t always a band thing – Undersmile use it to wring every last drop of feeling out of their songs.

When an album moves this slowly, each of the band’s movements are set up for maximum impact. On tracks like “Knucklesucker,” you can hear each chord coming from a mile away, with feedback that builds up until it finally hits. The band works hard at creating the feeling of anticipation for those moments, especially when drummer Tom McKibbin pauses while he waits for the heavy guitars to come in. Especially on “Song of Stones” and “Aeris,” orchestral strings give texture to songs, making them sound like epic lamentations. Having two vocalists sing together for most of the album adds power to certain sections, especially when their chanting melds together on “Knucklesucker” or when they’re both screaming together. 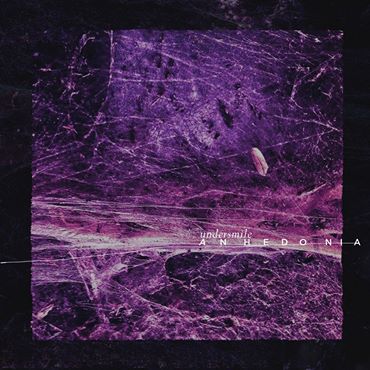 Metal bands evoking sadness, pain, despair and melancholy can also make pleasurable songs, especially when those emotions are given an ornamental tribute like on recent albums by YOB [reviewed here] and Pallbearer. But the title Anhedonia suits this record.[2] In their barest moments, Undersmile sound like they’re trying to hold everything inside and failing. They remind me of Harvey Milk, whose expressions of bare, raw feeling held importance above all else. In other moments, Undersmile sound like they’re trying to stop crying but having sobs and screams force their way out anyway. Part of the way into “Sky Burial,” both vocalists scream, “There’s no one else, I’m the only one” repeatedly, a real and visceral acknowledgement of the world around them.

One of the downsides of this album is that it explores a limited emotional and sonic palette over its nearly 80-minute length. Lots of the chanting on the album is done in a flat monotone, which doesn’t work well with doom metal, since Anhedonia’s slow pace could already discourage listeners. If extremely slow music makes you nervous, I wouldn’t recommend Anhedonia as your first doom metal album. There are small touches and arrangements on Anhedonia that I wish were more prominent throughout, especially since they break up the repetitiveness of the album. One of these occurs about halfway through “Atacama Sunburn,” where there is a short a capella section before the screamed chorus of “Swim on!” that makes the song much more interesting.

From the first song, we are presented with the building blocks of the album, and they’re present throughout the rest of it without much change. Anhedonia simply seems like a particularly long meditation on a few thoughts or feelings, and given the apparent enormity of those thoughts and feelings, it comes out largely successful.

Footnotes:
1. Slowcore: an indie sub-genre popularized in the 90s and characterized by extremely slow tempos and often an overarching sense of melancholy. Try this song for an idea. Wikipedia page.
2. Anhedonia def.: Inability to feel pleasure.